Balancing The Demands Of The Various Groups Of CPF Members 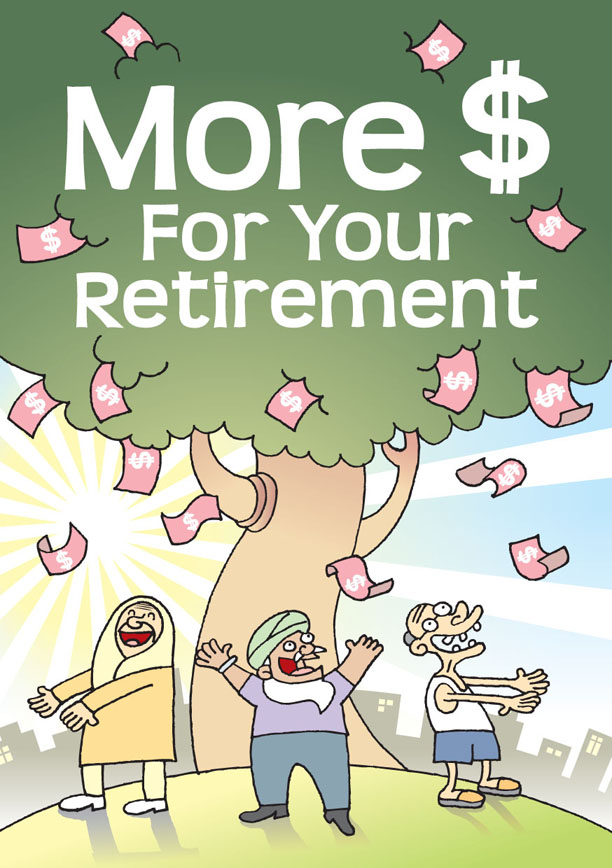 DollarsAndSense.sg weighs in with our views on why the CPF Review Panel has one of the most unenviable tasks in Singapore.

Here is the one thing that the CPF Review Panel would have realized by now. They are part of a review process that will never attain public approval regardless of what they recommend.

The different expectations of everyone

Most countries’ pension schemes are usually catered for the masses. That includes the poor, the elderly and the underprivileged. For countries with welfare systems, the debate is usually on who should qualify for it, and how much they deserve to be given.

In Singapore, our problems are a lot more different. First and foremost, we do not have any notable welfare system in place. Secondly, the CPF system works in such a way where your pension fund is built up only when you are working, earning and contributing to it. It might be a mandatory scheme, but that does not mean everyone gets to enjoy it. For example, people with disabilities, special needs, homemakers, or those who just can’t get gainfully employment fall through the cracks in this system.

Even among those who are gainfully employed, there are various wages earned. That means everyone is contributing a different amount from one another. In most developed countries, this is sidestepped simply by putting in place a tax rate that could easily shave off up to 20% of your salary, even if you are earning minimum wages. That tax rate is of course used to offset unemployment benefits paid.

So rather than have people with different contributions, and hence different pension account, these other governments simply pool everything they collect from those who are employed, and determine how much should go to the who are unemployed.

By now, you would have know that Singapore operates within a very different system. That system is even more complex as different people have different contribution amounts and thus, different expectations for how they should be allowed to use their money.

One of the proposal from the CPF review panel is that more options should be given to CPF members. Two ideas being mooted was that a certain percentage, example 20%, should be allowed for members for withdrawal upon reaching the age of 55 even if they have not reached the minimum sum. Another idea was that those who wanted to top up the minimum sum in return for higher monthly payout should be allowed to do so.

How will more options help Singaporean?

One thing we should note here is that it is extremely easy for the government to simply introduce more options into CPF and please everyone in Singapore. For example, some have asked for full withdrawal of their CPF monies. Others may prefer only partial withdrawal.

Should the government ask for the reason and logic when people demand to withdraw their CPF monies? Should the government be allowed to think for the betterment of its citizens in this aspect? Netizens will say “no”. They believe everyone should have the right to use their money as they will, even if it’s just to blow it all playing jackpots at RWS.

Of course, there are many Singaporeans who will use their money prudently. Examples would include paying down debt and maybe doing some investing, though we hope the definiton of “investing” does not equate into putting money into some type of asset that gives guaranteed monthly dividends of 2%, as that would defeat the purpose of withdrawing from their CPF accounts.

With all due respect to the older folks and the experience they have accumulated, we also hope that no one will decide to take their first plunge into the stock market and invest half his/her life savings upon retirement after reading a few smart books on investing theories and sure-win ways in the library. We don’t want to burst your bubble, but they rarely work and you’d more likely find yourself losing a sizeable portion of your money.

Basically what we are advocating is for there to be more options that will suit all groups of people, but CPF members must then be able to understand the various schemes and the implications of withdrawing earlier, or even toping up. As it is, it appears that Singaporeans, ourselves included, are already having a difficult time understanding CPF (no thanks to the frequency of changes being made). There is no point having 100 different options for CPF members to consider, only for them to not understand the implications of each, and to end up unwisely choosing a plan where they are worse off than before.

To conclude, we think education and flexibility should go hand in hand to achieve the best results. CPF members must be willing to educate themselves about their money, and the government must be able to find a policy that should work consistently and not have to tweak it every other year. Only then would a range of options will work, and CPF members will be better off.