COVID-19 could have caused the worst recession in Singapore’s history. Unfortunately, many of us are finding ourselves caught out in an extremely uncomfortable financial situation. 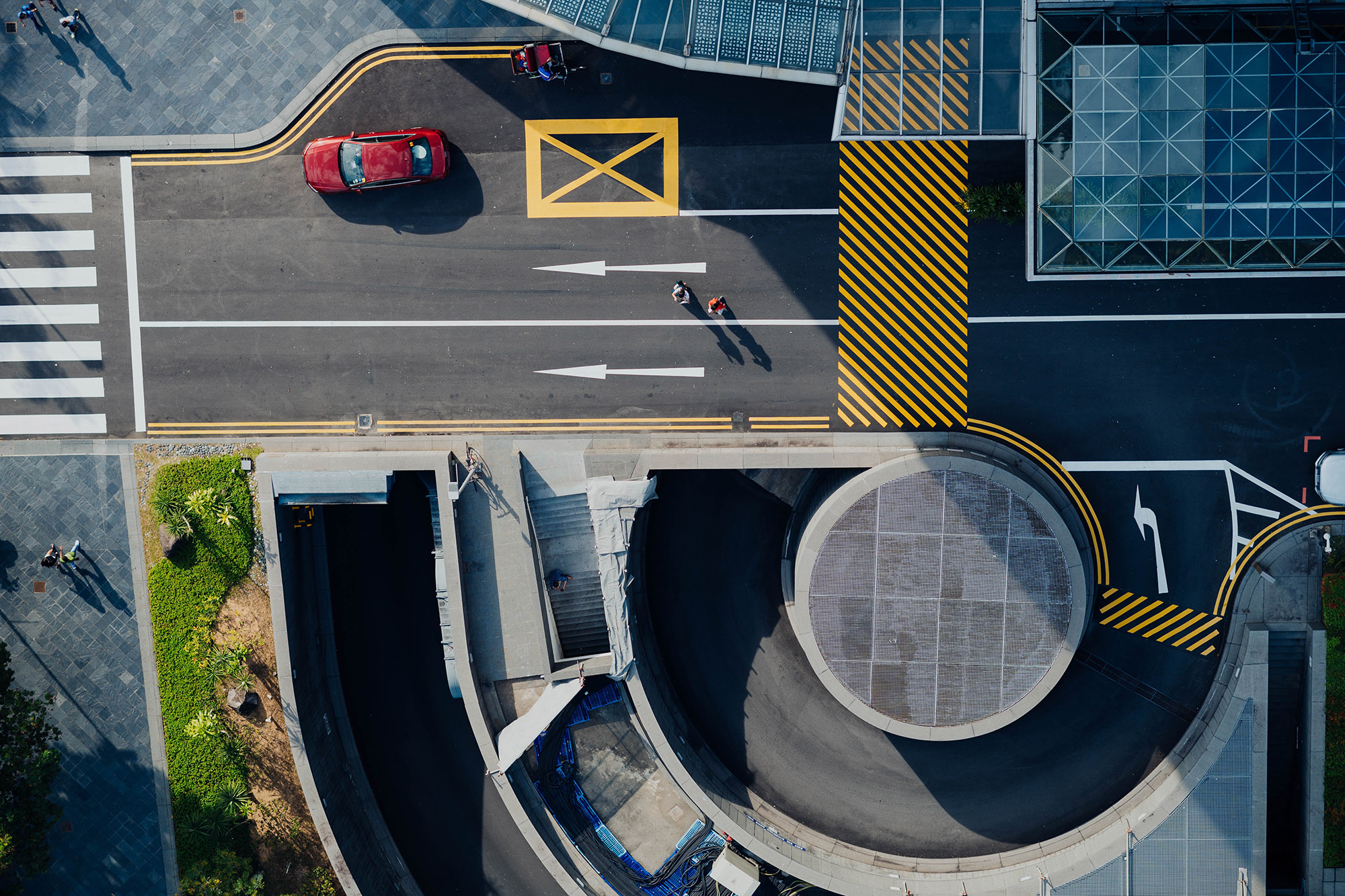 The year 2020 has been an exceptionally difficult year for most people because of COVID-19. With governments around the world still trying to control the outbreak, the global economy is now at a standstill.

Not surprisingly, the virus has impacted most businesses in Singapore, and many Singapore workers are now finding themselves in an uncomfortable financial situation. Earlier this week, OCBC released some insights it learnt based on a Financial Impact Survey for COVID-19 done with 1,000 Singapore and PR working adults between the ages of 21 and 65, across different age groups and income levels to represent the Singapore population.

The survey was conducted in mid-May, about 1.5 months into the circuit breaker.

One thing that stood out is that nearly half (47%) of those surveyed have experienced a dip in their income, such as through wage cuts, being forced to take no-pay leave or a reduction in commission earnings. A similar proportion (46%) are also worried about losing their jobs despite extensive government support.

Here are 5 financial gaps that Singapore workers are discovering due to COVID-19.

Read Also: DollarsAndSense Took The OCBC Financial Wellness Index Survey – Here’s How Well We Scored And What We Learnt

The first financial goal that anyone entering the working world should work towards is having at least 6 to 9 months of average monthly expenses in emergency savings. Having an emergency fund is a crucial prerequisite before investing or even getting insurance policies that you have to pay in cash.

Unfortunately, the OCBC survey revealed that only 30% can sustain themselves for more than 6 months if they were to lose their job now. 18% admitted that they have enough savings to cover only up to one month of expenses. This does not bode well for their financial security.

The idea here is simple. If an unexpected event happens (e.g. loss of job, unexpected bill), you can then tap on your savings, rather than be forced to sell off your investments, surrender your insurance policies or borrow to cover your short-term expenses.

Read Also: Working Adults Guide To Starting An Emergency Fund – And How Much You Should Have In It

#2 Inability To Save More

One of the lessons that many of us are learning during this pandemic is the importance of savings. However, while it’s easy to admit that saving is important, putting this knowledge into practice is a lot harder.

In the survey, 55% of respondents said they had reduced their savings over the past months. We suspect this is because many respondents would have suffered a reduction in their income, making it hard to save more during this period if their expenses remain the same. 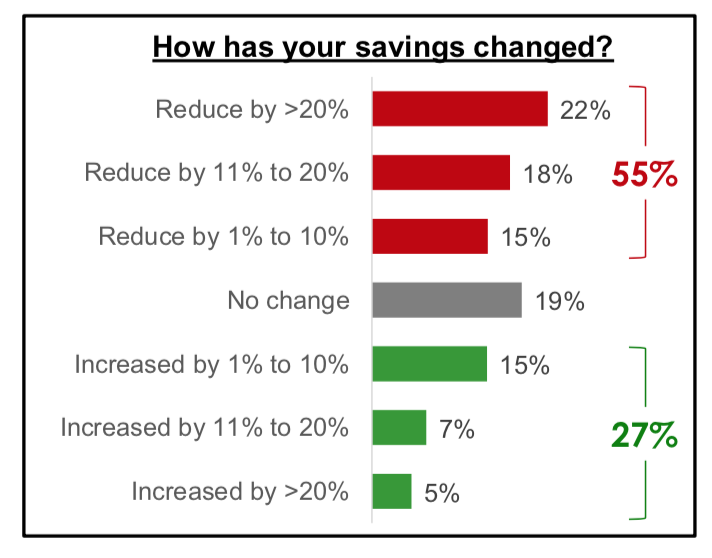 Like how people in the past used to stock up food in preparation for the long winters, we also need to focus on saving more during periods where we have excess funds, so that this can compensate us during the period when we do not have enough.

Insurance is one of those things that most people don’t think about – until it’s too late. However, if you already agree that you may lack sufficient insurance coverage, even without needing a financial adviser telling you so, then chances are that you are likely to be correct.

According to OCBC, 41% of respondents are worried about having enough insurance coverage, with 47% of Singaporeans aged between 40 and 54 being the most concerned. 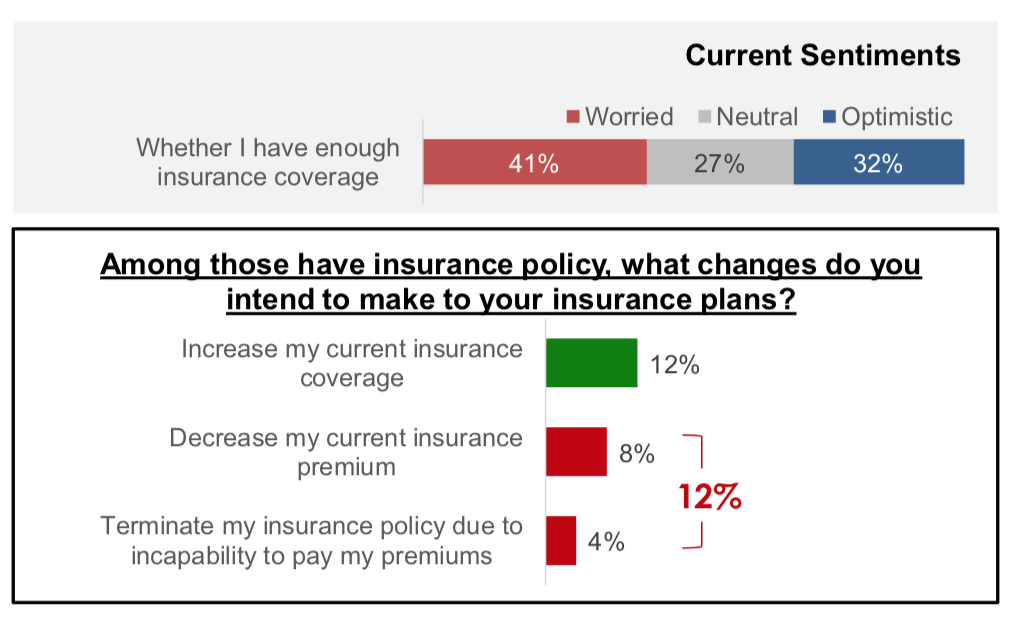 It’s hard to say if this worry for lack of insurance coverage is related to the current pandemic that has caused many of us to ask ourselves what would happen if we fell sick. But suffice to say, if you are worried about gaps in your insurance coverage, it’s worth having a review with your financial adviser, which can be done safely via a video call.

Investing during a recession may seem counter-intuitive, given the uncertainty surrounding the financial markets. Still, it’s important to remember that investing during market downturns could be the best way to build long-term wealth. 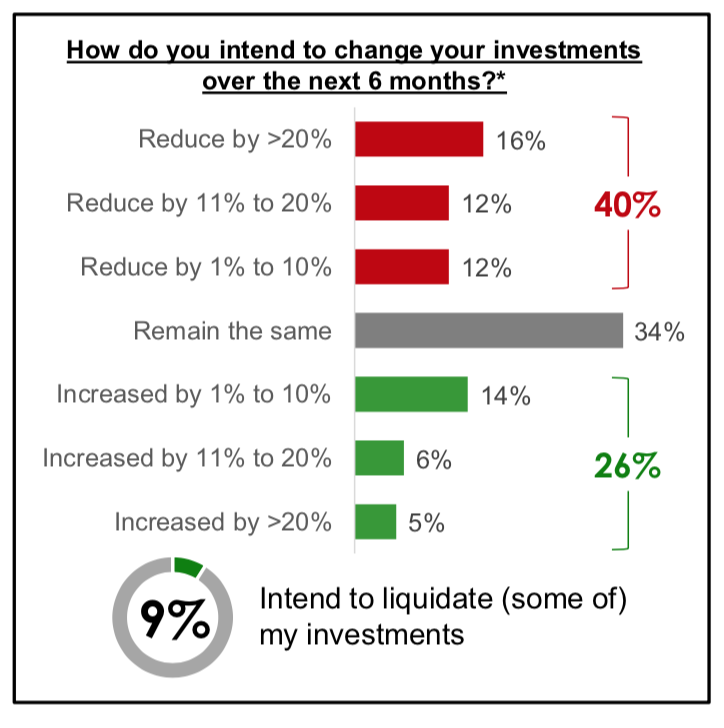 While pausing our investments during this period may be a simple solution to increase our cash flow, it’s important to remember that doing so may also impact our long-term investment goals, including our retirement plans.

Retirement may not be the first thing most people think about when they are still working, but it’s a part of our finance plans that we cannot afford to ignore. Like it or not, there will come a day when we are no longer able to work, even if we want to. Our retirement planning doesn’t stop just because of a recession.

Unfortunately, for many Singapore workers, it’s hard to continue investing for the future during the current climate.  27% of those with financial plans said they have stopped setting aside or even reduced their funds for retirement. A third (32%) of the sandwiched generation – those between the ages of 40 and 54 and many of whom must take care of both young children and aging parents – said they have cut down on such funds.

It goes without saying that for most of us, getting through this difficult COVID-19 period is the immediate priority in our minds.

Read Also: What Is A Financial Wellness Index – And What Does It Say About How Financially Healthy You Are?