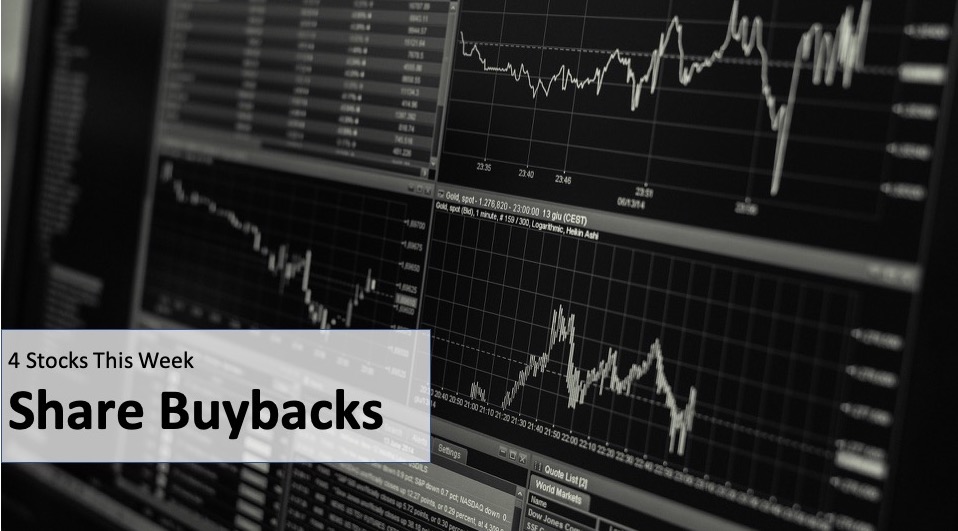 Share buybacks refer to the repurchasing of stocks issued by the company. Typically, share buybacks occur through the open market, when companies pay the market price for their own stocks.

Companies can do this for several reasons including:

# 1 choosing to provide shareholders a return by spending its cash reserves on share buybacks, rather than reinvest it in the business or distribute it as dividends;

# 2 having to preserve its stock price during crises by showing confidence in buying back its own stocks;

# 3 investing its cash reserves in its own stocks if it thinks that the market is undervaluing it;

For this week’s instalment of 4 Stocks This Week, we look at four companies with the highest share buybacks in January 2020.

In January 2020, OCBC bought back 750,000 of its own stocks worth over $8.2 million. According to SGX, the maximum number of shares it is authorised to buyback in its current mandate is 212.3 million stocks.

In its latest third quarter results in November 2019, OCBC announced an 8% increase in its total income to $7.9 billion for the first nine months of its financial year. During this period, its net profit increased 2% to $3.6 billion. OCBC will be releasing its full year results on 21 February 2020.

Sembcorp Industries had the second-highest share buybacks in January 2020, repurchasing 2.9 million shares worth a total of $6.6 million. According to SGX, the maximum shares it can buyback in its current mandate is 35.7 million shares.

Unlike the other companies on this list, Silverlake Axis is not listed on the Straits Times Index (STI) and has a market capitalisation of just over $1.0 billion. Nevertheless, it spent the third most amount buying back 13.1 million of its shares worth over $5.2 million in January 2020.

In its latest first quarter results in November 2019, Silverlake Axis announced a 1% decrease in revenue to RM164.4 million, which translated to a 19% dip in net profit to RM47.2million.

ST Engineering spent bought back 800,000 shares worth $3.2 million in January 2020. According to SGX, it can buyback 62.4 million shares in the current mandate.

In ST Engineering latest third quarter results, it announced a 27.2% increase in revenue to $2.1 billion. On the back of this, its net profit increase 3.4% to $139.1 million. It will release its full year financial result on 24 February 2020.