During the week, companies continued to release their results and many held their Annual General Meetings (AGM). Our 4 Stocks This Week column covers a range of stocks that interested the market and our readers.

If you come across such companies or have interesting ideas, do give us a shout out and let us know why which companies these are via our Facebook page or email.

May will see two short weeks for the market with Labour Day (1 May 17) and Vesak Day (10 May 17). This will likely result in subdued market activity, especially during the Labour Day long weekend.

With geopolitical uncertainties persisting, the market experience even more tapering off. In Singapore, Labour Day brought with it messages from Manpower Minister Lim Swee Say and Prime Minister Lee Hsien Loong both reiterating that unemployment could rise further amid Singapore’s restructuring economy.

The Morgan Stanley Capital International (MSCI) All Country World Index (AWCI), an index made up of 23 developed markets and 23 emerging markets worldwide, peaked to new record highs this during the week. Mimicking leading markets in the US and Asia, it surging to a new record high on Wednesday (26 April 2017), before tailing off to end 1.9% higher, at 455.17 on Friday (28 April 2017).

Its dental services include 11 centres across four cities in Liaoning while its dental equipment and supplies businesses span Liaoning, Heilongjiang and Jilin Provinces in China.

In recent months, there has been some interest surrounding the company. In the past three months, it has saw 25.6% rise in its share price to $0.515 from $0.41.

It’s upcoming results will be on 12 May 2017, those interested should look toward this set of numbers for guidance. 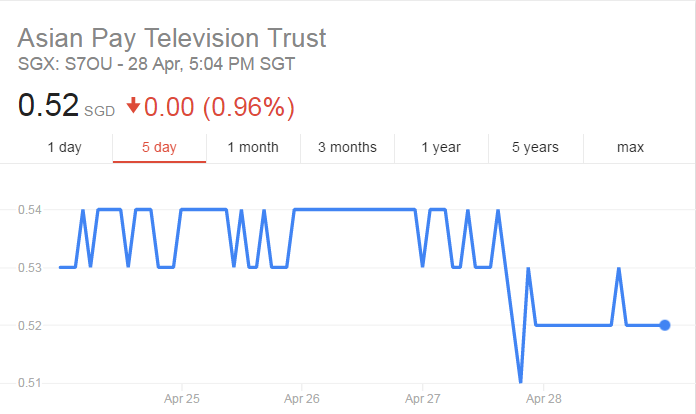 Memtech International, a global components solutions provider, was recently, Tuesday (25 April 2017), rated by UOB Kay Hian as an “under-appreciated gem”. With a price target of $1.05, UOB Kay Hian is expecting a 22.7% upside.

This was mainly due to its share price lagging behind the increase in its peers in the same industry. At the same time, the upswing in operational activity and acquisition interest in the sector supports this potential upside.

In its 1st quarter results of 2017, it reported a 9.8% rise in revenue to $36.4 million and a 180.7% rise in profit attributable to shareholders to $1.6 million. This bodes well for its year ahead as UOB Kay Hian expecting it to distribute at least 3.5 cents in dividends, translating to close to 4.4% yield.

Other reasons for its good performance could also come as there are high entry barriers to the precision engineering market due to the large investments and keen industry knowledge required to stay relevant and customers tend to stick to suppliers that are performing with long term contracts. 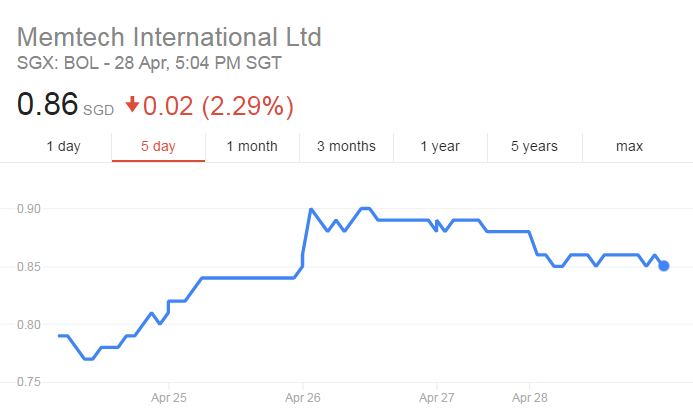 Even as oil prices continue to see some stability in the first half of 2017, companies in the marine and offshore sectors continue to experience a tough operating environment.

Looking forward, the company says it expects global exploration and production projects to increase compared to the last two years.

In the past week, Sembcorp has dropped by 5.2%. The bulk of this decline came on Friday (28 April 2017), the day after it announced its latest set of results. Looking further back, it has gained 18.1% since the start of the year. 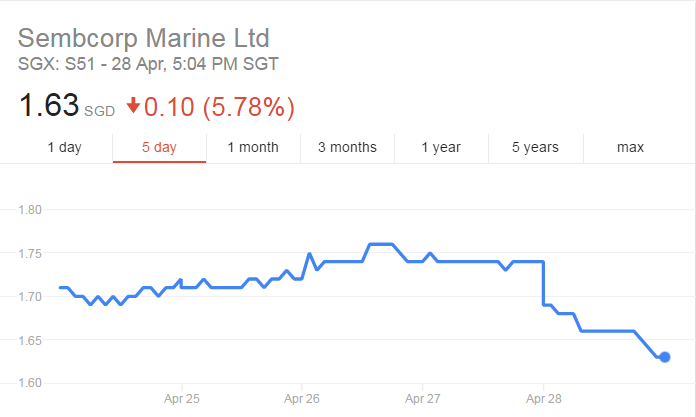