How much lower will Noble Group go? 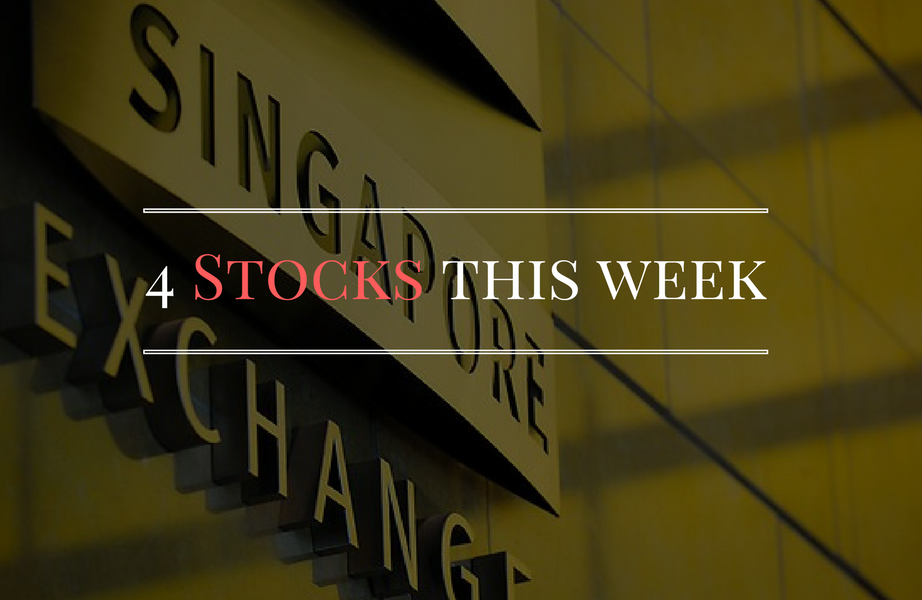 News from companies can be interpreted either way. There are times where a piece of news is looked upon favourably and can help increase a company’s stock price. On other occasions, it penalises the company.

In this week’s edition of 4 Stocks This Week, we look at three companies and one product listed on the SGX that have recently made the news.

This battered stock continues to suffer as both rating agency Standard & Poor and Moody’s downgraded it. Moody’s rating for it is now Caa3, deep into junk bonds territory.

According to a Moody’s analyst, “The downgrade reflects significant default risk for Noble within the next several quarters, given its operating cash burn, declining cash levels and large debt maturities. Moreover, should it default, we believe the prospect of a full recovery of principal and interest will be low for unsecured bondholders.”

Noble’s liquidity headroom — including readily available cash and unutilized committed facilities — fell to $1.4 billion at end-June 2017 from $2.4 billion at end-March 2017. This is insufficient to cover the company’s $2.6 billion in bank debt and bonds due in the next 12 months.

The company also reported a net loss of $1.8 billion in 2Q2017, which ironically, includes write-downs for fair value gains – the exact thing they were accused of over-valuing on their books in 2015 by Iceberg Research.

Just a few weeks after announcing that they were entering into a 50% joint venture deal to acquire a Grade A office in Auckland for S$175 million, the local construction and property development company announced that it has sold off one of its asset, an office building in Melbourne, for S$73.7 million.

The close timing as well as the similar valuation of both these deals suggests that Chip Eng Seng management should be confident of earning a higher return on this adjustment of its portfolio. The company also expects the sales of its Australia asset to contribute positively to its earning for the financial year.

In 2015, Chip Eng Seng managed to sell an empty land site in Melbourne for S$64.8 million, doubled of what it paid for two years earlier.

The troubles plaguing oil and gas companies from 2015 to 2016, leading to the downfall of companies like Swiber and Ezra, will start to impact banks that have heavy exposure to this sector.

One of these banks will be DBS. DBS CEO Piyush Gupta revealed that DBS total exposure to the oil & gas sector is S$23 billion, of which about $900 million is linked to Swiber.

Despite all these, DBS reported a 1H2017 profit of $2.35 billion. The company also increased first-half dividend to $0.33, up from $0.30 last year. This suggests that despite the overall struggle of the oil and gas sector, Singapore’s biggest bank continues to remain strong in its performance.

DBS market capitalisation is currently at S$52 billion. They ended the week at $20.15.

Read Also: These 10 Companies In Singapore Pretty Much Own Everything

A new product in the market, Daily Leverage Certificates (DLCs) are not stocks but rather, an instrument which offers investors fixed daily leveraged exposure to a number of leading Asian indices. These include the MSCI, HSI and HSCEI. You can read up more about DLCs in our review here.

As a leveraged product, DLCs thrive on increased volatility where traders and investors will find it easier to capture short-term profits.

Not surprisingly, recent increases in the volatility of the Hang Seng index (HSI) have seen an increase in the trading ranges of the associated Daily Leveraged Certificates (DLCs), with an average daily move of 13 ticks over the past 7 trading days as volatility rises on the HSI. You can read up more about how this increase in volatility have impacted the product in this analysis by SGX.

Of course, whether or not this is a good or bad thing depends on whether you pick the correct movement of the market.

Read Also: What You Need To Understand About Daily Leveraged Certificates (DLCs) Before You Buy Them

Investing Or Trading The Straits Times Index (STI) – Which One Is More Suitable For Me?
How Do Stocks In Singapore Qualify To Be Listed On The CPFIS