4 Jobs That Could Cease To Exist In The Future 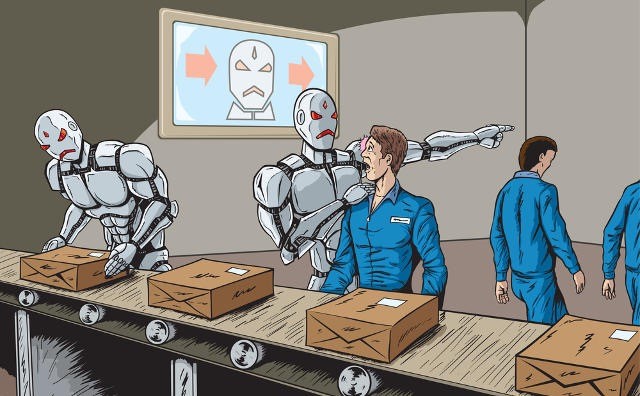 Landing a good job in a slowing economy seems to be increasingly difficult these days. With companies investing in technologies to replace humans, it is not making the situation any better. We expect technology to eventually replace the jobs stated in this article.

It’s all over the news now that Singapore is the first country in the world to have self-driving taxis. This technology is an initiative by nuTonomy, which was founded by two Massachusetts Institute of Technology researchers based in Singapore.

nuTonomy is starting with a small fleet of six cars for now, with limited capability of operating in a 2.5-square-mile district at One-North and limited pick-up and drop-off locations. However, if the trial is a success, we are expecting a demand for such services and eventually for taxi drivers to be replaced by technology soon.

The success of this trial may open doors to shake up the whole industry, and bus drivers should be feeling the threat too.

Guided tours are slowly losing their appeal ever since the Internet came about. We can now obtain information on places of interest and places we plan to visit online.

Tour groups can result in unhappiness caused by irresponsible individuals who refuse to adhere to rules and regulations set by the local authorities. The indigenous population would also develop negative impressions when groups of unruly tourists continuously arrive to desecrate their home soil. This would result in authorities putting up stricter regulations that make guided tours harder to operate.

With google map and some research from the internet, an individual can achieve more from every trip according to his own timeline and flexibility. The drop in demand for tour groups is already apparent, it is no wonder that tour guides might cease to exist in the future.

Given the speed at which financial markets can change in the blink of an eye, one can miss out on trading opportunities due to the time taken for humans to react. With trading firms and financial institutions introducing electronic execution trading running on a string of formula and programming codes, we start to wonder if there will still be a place for human traders in the market.

Despite the pros and cons of Algorithmic Trading being frequently debated, it has become a big part of the overall market activity. It effectively exploits market data at speeds faster than human traders.

Today, touchscreen kiosks and smartphones have already revolutionised the way we make payment. In many NTUC Fairprice outlets, self-paying kiosks are no longer foreign to most customers. These kiosks, unlike human cashiers, do not require lunch breaks, toilet breaks or holidays. They are able to work far longer hours, and do not make careless mistakes such as calculation errors, as long as the coding is done properly.

According to a recent study by Oxford University, about 47% of today’s jobs could be automated in the next 20 years. Any attempt to hinder innovation will result in countries being less competitive and inefficient in the long run.

Humans have an ability to feel, think, and most importantly adapt to changes. Education is what will save us from being surpassed by technology. The next generation should embrace technology instead of fearing it. Ultimately, robots are still lousy communicators and they cannot solve all problems. The revolution of technology comes with a fair share of problems, but it greatly enhances our ability to do certain work, as long as we upgrade ourselves to embrace them.

Read Also:  5 Cs To Determine If You Have A Great Job In Singapore