4 Interesting Stocks That May Do Well In 2018

Are you willing to spend the time and effort required for picking stocks? 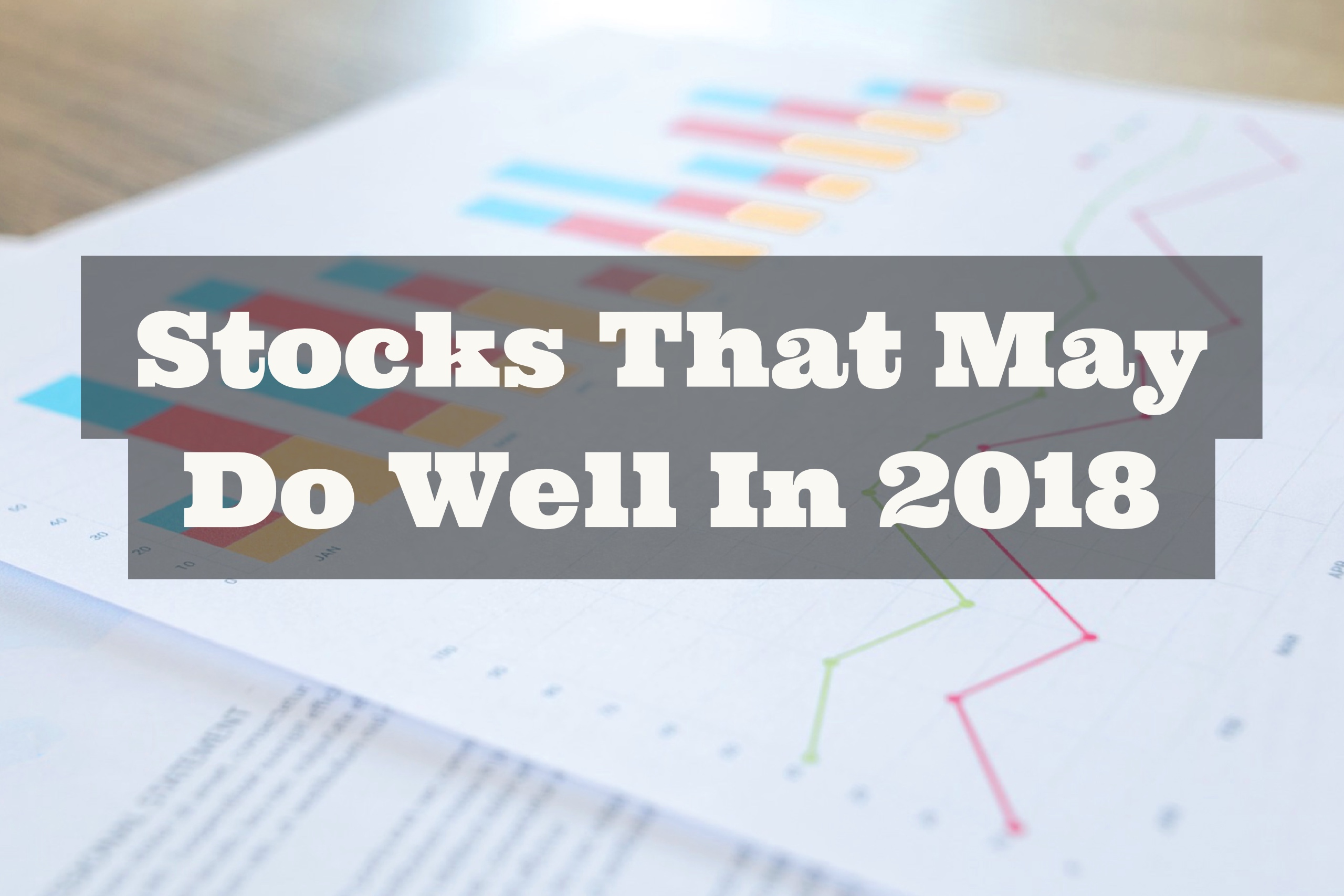 While this article is by no means a “call” for people to start buying into these companies, it highlights the fact that researching and doing the legwork can actually deliver better returns that what the market delivers.

This is mainly prevalent in “small cap” stocks, which are smaller companies listed on the stock exchange. They tend to fly under the radar of investors, both institutional and retail, as well as analysts in favour of larger companies.

Small cap stocks tend to be more volatile, and hence riskier. For the diligent investor who does their homework and manages their risk well, small cap stocks offer high growth potential.

Read Also: Why Average Singaporeans Should Buy The STI ETF As Their First Stock

The market return is typically what the Straits Times Index (STI) exchange traded fund (ETF), a fund comprising the 30 largest and most liquid stocks in Singapore, has delivered in the year.

Unless there’s a huge spike or dip in the next two weeks, the market return for the STI ETF in 2017 will be close to 23.8%. This is a rather significant return considering that over the past 10 years, it has returned 1.8% per annum (p.a.).

However, another way to look at this is that while markets globally seem to be reaching new heights, the Straits Times Index, which closed at 3424.64 points on 8 December 2017, hasn’t actually breached its historical high. This topped 3805.70 points in 2007, before the global financial crisis hit.

Interest rates are expected to rise in the coming year. Geopolitical instability does not look it will change soon considering ongoing Brexit talks, North Korea’s continued defiance regarding its nuclear missile programme, China’s aggressive stance in the South China Sea, as well as numerous others.

With that in mind, we turn our attention to the four stocks that have done well in 2017, and that may continue to do well in 2018 too.

Cityneon has been listed on the Mainboard of the Singapore Exchange (SGX) since 2005. It is a full-service agency with four main businesses – 1) interior architecture; 2) experiential environments; 3) events; and 4) exhibitions. This includes interesting, as well as innovative and increasingly popular, exhibitions such as the TRANSFORMERS, AVENGERS and JURASSIC WORLD immersive exhibitions.

As of its latest half year results, its revenue has increased 7.3% year-on-year to $49.7 million and its net profit has increased 62.4% to $7.7 million. According to announcements on its website, it has continued to open more AVENGERS exhibitions in Russia, Australia, Taiwan and China. It also opened its first TRANSFORMERS exhibition in China. This is on top of several other award-winning exhibitions it already runs.

During the year, it also undertook major corporate actions, completing the acquisition of JP Exhibition LLC, which gave it rights to the new JURASSIC WORLD exhibitions, which will spur new growth opportunities. The increasing demand of such exhibitions, and interest in the such movie concepts, will likely sustain its business in the near- to mid-term at least.

There was also a change in its major shareholder, which led to a mandatory cash offer to buy all the shares in its companies for a price of $0.90 in July. The fact that it’s trading at $0.99 speaks volumes of shareholders confidence in the company. However, in its latest corporate filings, there’s mention of a possible “Chain Offer” that may see the company undergoing a second mandatory cash offer after an MOU was signed to buyout its current major shareholder.

Guocoland is a premier regional property company with operations in Singapore, China, Malaysia and Vietnam. In 2017, Guocoland expanded beyond these markets into the United Kingdom (UK) and Australia, which may present growth opportunities. It is also a major shareholder of Tower REIT in Malaysia, after establishing the REIT and is also the manager of the REIT, comprising two prime commercial buildings in Kuala Lumpur.

In its latest set of results, it posted a 79% year-on-year increase in revenue and profits which amounted to several folds higher.

KOP is another company in the real estate sector. It has two main businesses – property and entertainment. In its property business, it primarily develops properties in Singapore, including the Prudential Tower, Hamilton Scotts, Fort Canning Centre, Ritz-Carlton Residences among others. It also has expanded its presence to Indonesia and China in this business.

In its latest set of results, KOP reported a 30% year-on-year increase in revenue to $8.6 million. However, it still reported a loss for the half.

Read Also: How To Know When Is The Right Time To Sell Your Stocks

Sam Goi then loaned over $45 million to the company for its acquisition of a land parcel in China, a territory Mr Sam Goi has significant knowledge in. This should bode well for its project in China in the coming months.

At the start of the year, KOP was trading at $0.09. Its share price slipped during the year, and was revitalised by Mr Sam Goi’s investment, which saw its shares rising to $0.09 once again.

China Jinjiang is a leading waste-to-energy operator in China. Its business primarily focuses on the planning, development, construction, operation and management of waste-to-energy facilities in China, and it has also established presence in Singapore and India. It was listed on the SGX in 2016.

In its latest set of results, it maintained stable revenue and profit figures amounting to RMB1.9 billion and RMB396.6 million respectively. In its announcement, it highlighted plans to double its Chinese waste-to-energy capacity from 27,000 tonnes in 2016 to 58,000 tonnes in 2019. To achieve this, it has drawn a road map with 20 facilities in operation toady, four facilities in the construction or expansion phase and a further 21 facilities in the preparatory stage.

China’s One Belt, One Road initiative will also be an important driver in its expansion drive in South East Asian markets. It also adopts advanced technologies from Europe and focuses on operating efficiencies to reduce emissions at its facilities – which is in line with China’s new stance on environmental protection and sustainability.

At the start of 2017, China Jinjiang was trading at $0.84, and today, it trades at $0.77. This represents an 8.3% decline in share price so far. However, if you believe in its expansion drive and China’s pivot to environmental sustainability, you may see potential price appreciation in the coming months and years.

As mentioned, we’re not trying to encourage you to invest into these companies. It only serves to let you know that companies may do well or badly, but to pick stocks, you need to understand your reason to buying into them – and this requires putting in the time and effort to research the company, make a decision to buy and monitor the company.

4 Stocks This Week (Share Buybacks) [8 Dec 2017] – OCBC; Silverlake; Sembcorp Marine; Singapore Post
What Your Personality Says About How You Are Likely to Invest