The November BTO launch promises a lot of interesting prospects, financial considerations and unusually long wait times. Understand this before balloting for your home. 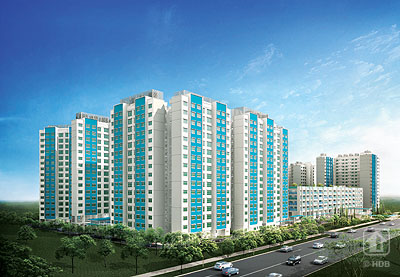 Earlier this week, the much-anticipated November 2015 Build-To-Order (BTO) was finally launched. For those of you keen to apply for homes, here is the direct link for you to go to.

Even though none of us were applying for a flat this time around, our interests in the launch were nevertheless piqued due to the extensive coverage surrounding it.

Here are some interesting observations we made that potential homebuyers should take note of.

Read Also: How The New Housing Initatives Will Increase Competition In the November BTO Launch

In the past, the rule of thumb for HDB flats to be ready was about 3 years from the date of sales launch.

Interestingly, we note that the current batch of HDB BTO projects appear to have much longer completion dates. For example, according to guidence provided by HDB, the Sengkang BTO launch would be among the quickest to be completed, with an estimated completion date of 3Q2019, or about 40 months or 3.3 years.

Both Hougang and Punggol will have among longest waiting time for its homebuyers, with the estimated completion date set for 3Q2020 and 4Q2020 respectively. That’s close to almost a 5 years wait for the flats!

We wrote last week about how purchasing an affordable flat could help you signficantly with your retirement plans. Let’s take a look at this by using some practical numbers now.

Taking an example from the Punggol BTO launch. The price of the cheapest 4-room flat at Punggol costs $277,000 (93 sqm). A 4-room flat is hardly what you would call too small, particularly with the functional designs that new HDB flats have.

The point we are trying to make here is that while space is a premium in Singapore and a higher floor is usually preferred for homebuyers, a couple should weigh the pros and cons of spending so much more money for a flat. $212,000 isn’t just a lot of money, which could otherwise be used for retirement, but it also translates into paying much more in interest over the next 20 to 30 years.

As a home buyer, particularly a young one, you need to decide if you are willing to compromise on some of your preference (higher floor, slightly bigger home) in return for a lighter debt burden, which could ultimately be the deciding factor between having to work hard (and long) for the rest of your life or being able to attain financial independence earlier in life. Is it worth having to see your boss face for an extra 5 years just because you wanted a higher floor? Probably not.

The truth is that there are always cheaper options available for homebuyers as long as they are not too particular about everything being perfect.

3. Sales Of Balance Flat Is Going To Be HOT!

43% of the flats in the November BTO launch are Sales of Balance Flats. That represents 5,350 units in total.

Remarkably, there is a total offering of HDB flats from 25 estates. Yes, you heard that right, balance of flats form an unprecendented (we think) 25 different estates!

Believe it or not, these are all leftover units from earlier launches. As for us, we didn’t even notice that there were actually BTO flats being launched in Bishan, Ang Mo Kio and Queenstown in recent years.

A Much Anticipated Launch

Aside from the sheer volume of BTO flats on offer, the launch has also been widely anticipated for a couple of other reasons.

This will be the first launch since income ceiling for applicants have been raised to $12,000. The new Special CPF Housing Grant will also take effect from this launch, translating into more subsidies for 1st time homebuyer.

These factors will all likely lead to a significant spike in demand, despite the weakening market experienced in both the private sector and the HDB resale market. Get ready for a fierce fight for flats with shorter lead times!

Interest rates Are At An All-Time Low: Is 2021 The Best Time To Buy A Condominium In Singapore?

Will Copying Trades Of Your Favourite Trader Via Social Trading Be The Next Big Thing?
Can Refinancing Your Home Loan Actually Help You Save Money?