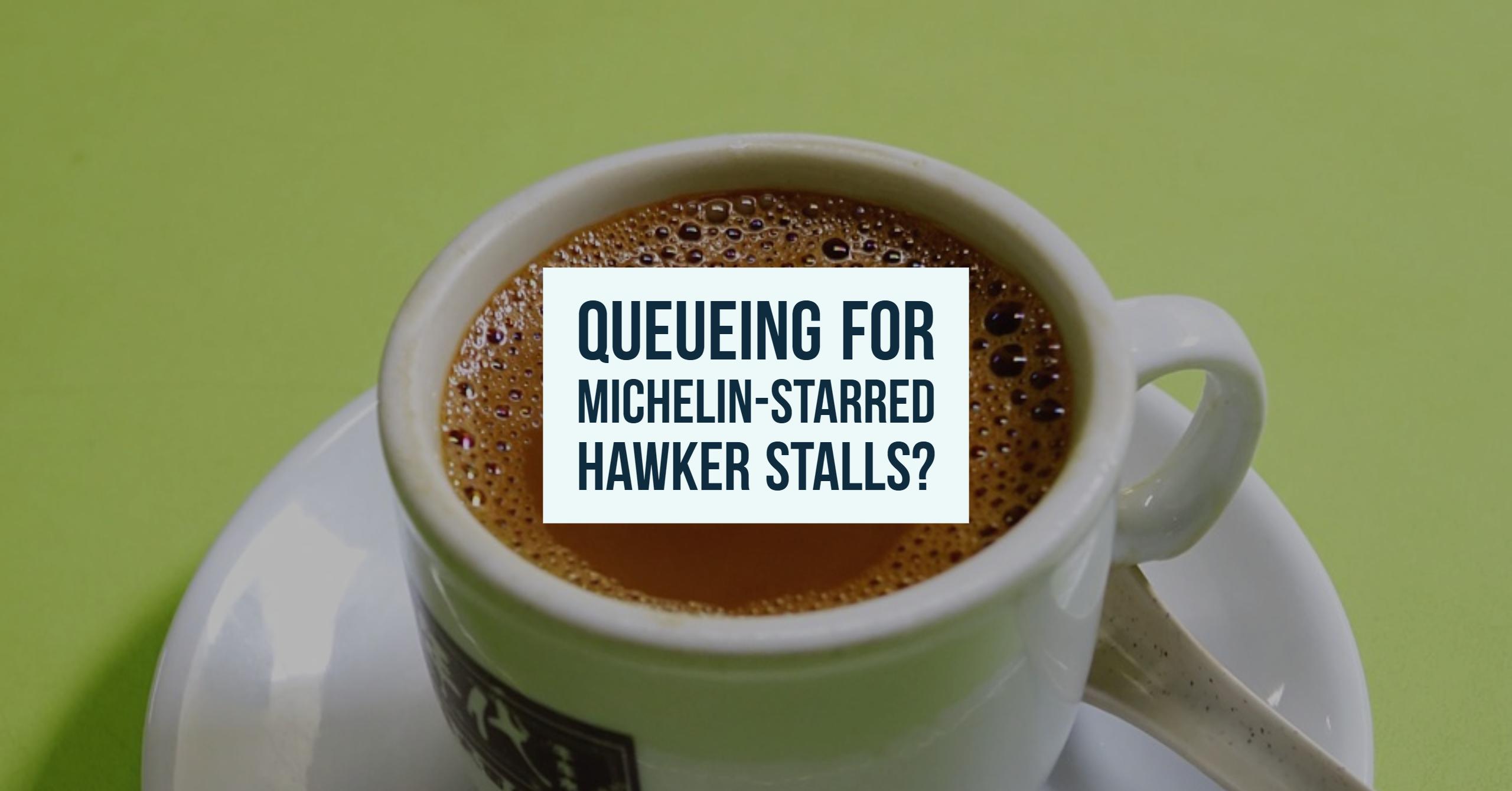 With the release of the results from the Michelin team on their top picks for Singapore, crowds are expectedly thronging the winners – with the hawkers that won being swamped by long queues (also due to the lower price barrier). Yet is it a good deal to follow the crowd in trying these stalls out? Let’s take a closer look.

Being the number one hobby of Singaporeans, food understandably goes through trending periods where some novel food item becomes a crowd favourite and gets a huge following as shown by long queues. However, these tend not to last among the Singaporean foodies, who are constantly on the lookout for the next interesting thing to try out.

For a more relevant comparison, Tim Ho Wan (similarly Michelin-starred and low-cost) saw huge crowds and queues when it first opened here. Although it still draws many diners, the fad has definitely died down and word of mouth much less prominent than at the beginning. Assuming this pattern of rapidly changing consumer preferences continues, the Michelin hype will die down and queues for the Michelin-starred hawker will eventually thin out – leading to shorter waiting times and likely much higher quality per serving.

Patrons reportedly waited up to 2 hours to have a taste of Hong Kong Soy Sauce Chicken at Chinatown. While there might be some intangible benefits of queuing (like being in the company of fellow foodies, the excitement of trying out Michelin-starred food), from a rational economic basis the payoff from queuing seems less attractive.

From a rational standpoint, the product and price should be roughly similar 1 year from now, but as mentioned above, you will spend less time queuing. This time saved could arguably be used for more productive purposes, like finishing your work quicker. For those working in sales, an hour could be used to meet clients instead, leading to income foregone if you went to queue.

#3: Food Preferences Are Subjective, Not Objective

While the Michelin Food Tasters are likely to be well-qualified and follow a standardized methodology, their preferences are also biased by their own preferences and ideas of what tastes good. Should your preferences be in line with theirs, then you would love the food that they do. Yet the opposite is also true. So basing your queuing decision on their opinions may not be the most optimal choice – you might be setting yourself up for a huge disappointment.

Perhaps eating chicken rice at your nearest HDB stall might offer you the best payoff – both psychologically and time wise.