These 10 Listed Companies In Singapore Pretty Much Own Everything: (Part 2: 1-5)

Which of these companies will you invest, or not invest in. 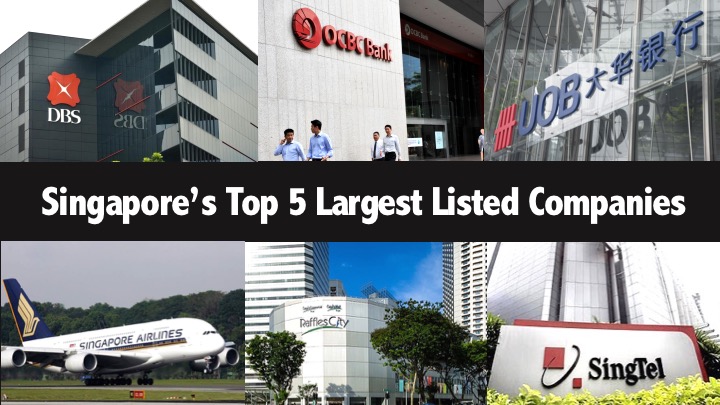 In our first part of this article, we covered listed companies ranked 10 to 6 that owns pretty much everything in Singapore. To many, the list would not have been surprising once they understood the business and the scale of operations these companies own.

Also Read: These 10 Listed Companies In Singapore Pretty Much Own Everything: (Part 1: 6-10)

A lot of people, before they get started investing, may liken it to talking a punt or stabbing in the dark. By seeing these businesses playing an integral part of Singapore’s economy, new investors can start to understand the strength of these companies, and recognise that investing is nothing like gambling.

It is a well-known fact that Singaporeans love travelling – we never need to be asked twice to spend our long weekends shopping in neighbouring cities, recharge our energies on Thai beaches or experiencing life in Europe.

According to a report by Visa, Singaporean households are expected to double their international travel plans to the tune of US$44.9 billion by 2025. If one airline is going to reap the most benefit from more Singaporeans travelling, it is most likely going to be SIA.

With a market capitalisation of $13.0 billion, SIA operates the country’s flagship carrier Singapore Airlines as well as SilkAir, Scoot and Tiger Airways. In addition to this, it also owns over 77.5% ownership in SIA Engineering as well as SIA Cargo, which contributed close to 30% of its 3rd quarter operating profit in its latest 2016-17 results.

Also Read: Do Flight Comparison Sites Really Give You The Best Deals?

In 2016, SIA also launched a pilot training joint venture with Airbus. It also has several other operational and non-operational partnerships with other airlines including NokScoot with Nok Air, Virgin Australia and Tata SIA, as well as several other engineering-related companies.

CapitaLand, at a market capitalisation of $15.6 billion, is one of Asia’s largest real estate companies. Out of its headquarters in Singapore, it owns and manages a global portfolio worth more than $78.0 billion.

This includes operations in Singapore where it owns many major malls and office buildings within its two REITs – CapitaLand Mall Trust and CapitaLand Commercial Trust. This means many of the malls you frequent on the weekends or even those you work at or visit for business on weekdays could be owned by the company.

CapitaLand Mall Trust owns 16 malls in Singapore, including Bugis Junction, Plaza Singapura, Raffles City Singapore, Junction 8 and others scattered across the island. It also owns a 14.1% stake in CapitaLand Retail China which has 11 malls in China.

This means you would very likely have come into contact with the brand even when you have been travelling in neighbouring Asian countries.

We use banking services on a daily basis, whether it is for expenses, via ATM and credit cards, investments, via brokerage, insurance and private wealth services, servicing our loans, due to our homes, education and personal needs, as well as simply crediting our salaries from our jobs.

In number three, we had a toss-up for which of the two other Singapore banks we should feature. In the end, we surmised that it would not be fair to leave either out. (Our list should have included 11 companies rather than 10.)

OCBC slightly edges UOB in terms of market capitalisation, with the former at $44.3 billion while the latter is at $39.5 billion. In terms of revenue, OCBC too is a shade past UOB at $2.1 billion versus UOB’s $2.0 billion.

Elsewhere, the bank is also making waves in the region, with 50% of its profits derived from outside of Singapore.  In 2016, Malaysia (19%), Indonesia (5%), Greater China (22%) and other regions (4%), contributed to its remaining profit.

Similar to OCBC, UOB also owns a listed insurer, in the form of United Overseas Insurance Limited, or UOI. It too has private wealth banking capabilities, under various UOB companies, and brokerage services, under its UOB Kay Hian brand. It too owns a property firm to hold its various properties as well as a travel planning agency.

Reflecting its overseas businesses, it stated in its 2016 annual report that 56% of its loans base is derived from Singapore. This approximately translates to half its business being derived from outside Singapore.

Having covered OCBC and UOB, we cannot leave out DBS, with a market capitalisation of $53.2 billion, the biggest of the three local banks in Singapore.

DBS also provides similar services to the other banks in Singapore. However, it focuses more on its commercial banking and stock brokerage services, under its Vickers brand. The group also offers private banking solutions under its DBS brand.

Also Read: Banks Are Cutting Jobs In Singapore, And Why These Jobs Are Unlikely To Ever Return

It also has a property arm that owns, operates and develops real estate in Singapore. It is also a major shareholder of AXS Pte Ltd, which offers payment services terminal across Singapore. However, unlike its peers, it works with Manulife to offer insurance services.

SingTel is the largest capitalised company on this list, with a total market value of $60.6 billion. Telecommunications is another service we cannot live without in Singapore. Any outage in signals usually translate to public irritation and venting on social media.

Calling, texting, surfing the internet, in which it intends to IPO NetLink Trust, watching television programmes is what we consumers think about when we hear articles mention SingTel and the other telecommunications companies. However, these companies also run the country as all the other businesses in Singapore also require this service to carry out their operations.

SingTel has roughly 50-60% of the market share in Singapore. Apart, from its telecommunications business, it also owns digital businesses such as restaurant review site, HungryGoWhere, mobile advertising company, Amobee, and data analytics firm, DataSparks. Further, it also has a 22.9% stake in Singapore Post, the largest postal service provider in Singapore.

Also Read: How Going For A SIM-Only Plan Can Help You Save Money In The Long Run

Apart from this, the company has a strong foothold in telecommunications in many territories around the world, including Australia, Thailand, India, Philippines, Indonesia and 17 countries in Africa.

Investing In The Top 10 Companies In Singapore

There you have it, the top 10 (11 actually) companies in Singapore, and with a strong Singapore presence that you can invest in.

While they may not provide a 100% guarantee great returns, you can see that investing in them is far from gambling. The best way to get invested in these companies, and other strong companies can be through the Straits Times Index (STI) Exchange Traded Fund (ETF).

Also Read: A Step-By-Step Guide To Investing In The STI ETF

7 Types of REITS In Singapore, And The Reasons Why People Invest In Them
4 stocks this week [8 May 2017]: Noble; AEM; IREIT Global; DBS