That’s nice for Singapore. But what it says about the state of the world economy is less nice. 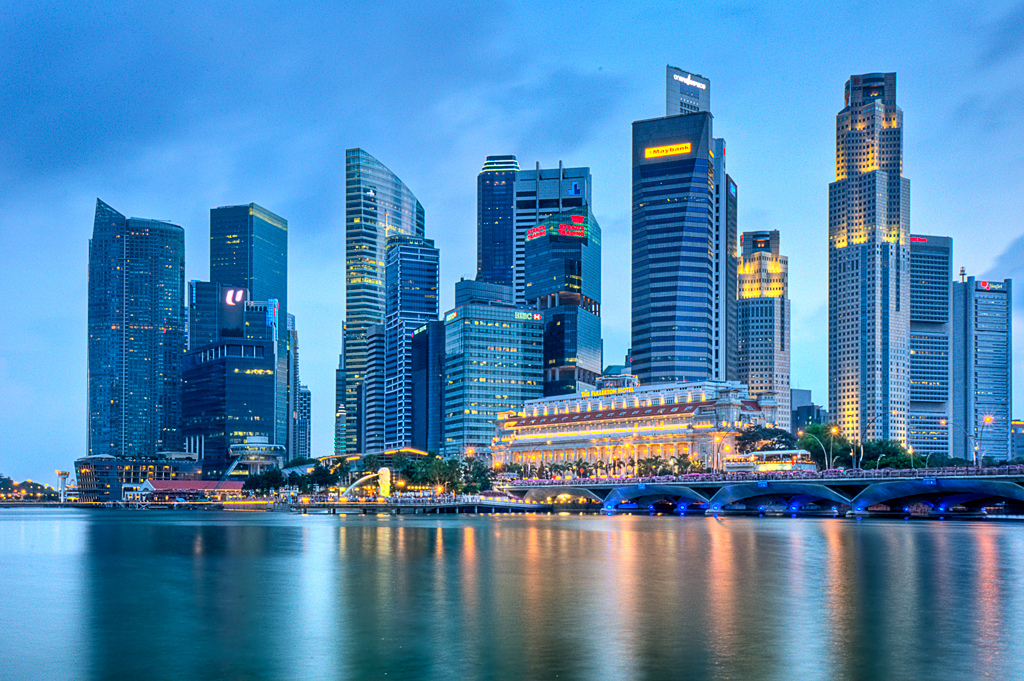 Central banks don’t usually bring flowers home for their spouse, or suggest a weekend getaway, or spring a surprise birthday party. But Singapore’s central bank last week did something like this for the country’s economy.

That’s nice for Singapore. But what it says about the state of the world economy is less nice.

On Thursday, Singapore’s central bank, the Monetary Authority of Singapore (MAS), announced that it would no longer allow the Singapore dollar to appreciate versus other currencies. The last time it did this was during the global financial crisis of 2008. The Singapore dollar fell over 1 percent on the news.

Twice a year, the MAS sets a band, or range, within which it wants the Singapore dollar to trade relative to a basket of other major currencies. It doesn’t tell anyone what currencies are in this basket. But it’s a pretty good assumption that the basket includes the currencies of its biggest trading partners. The range is referred to as the “nominal effective exchange rate,” or NEER.

As shown below, the MAS has gradually been allowing the country’s dollar to appreciate versus this basket of currencies over the past several years.

If the Singapore dollar starts bumping against either end of the exchange rate policy band, the MAS will buy or sell foreign currencies (mostly U.S. dollars) in the foreign exchange market to keep the currency within the range. But last week, the MAS said “no more” to a stronger Singapore dollar.

If Singapore’s economy, or inflation, starts growing too quickly, the MAS will “tighten” its monetary policy by allowing the dollar to increase in value compared to this basket of currencies.

If the economy slows, and inflation along with it, the MAS will “ease” monetary policy by allowing the currency to go down in value (or prevent it from increasing in value).

That would make Singaporean products and services cheaper for foreigners to buy, which would increase trade and help Singapore’s economy. And that’s what they did last week. The MAS adjusted the band it allows the dollar to trade in by setting the upper band, or the rate of appreciation, at 0 percent. This means they don’t want the dollar to appreciate in value versus the basket of currencies.

The MAS had a lot of reasons to do this. First, economic growth in 2015 was the lowest it’s been in six years – and the first quarter of this year has been even worse.

This isn’t a surprise, as economic growth in the U.S., Europe and Japan has slowed down, and this affects global trade. And, perhaps most importantly, Singapore’s biggest export market, China, has also slowed down economically. A slowdown in global trade hits Singapore’s economy hard.

When a currency weakens (or at least doesn’t strengthen) compared to other currencies, trade usually goes up, because it will be less expensive for other countries to buy the country’s products. In this case, that should be good for Singapore’s economy.

(But it’s not good for other countries. When one currency weakens, another currency strengthens – which is bad for that country’s economy).

By locking down its currency, Singapore is trying to protect itself against further weakening in its economy… which suggests that it expects the global economy to get worse. (Just a few days before the MAS made its announcement, the International Monetary Fundwarned that global economic growth is weakening).

Also, Singapore is already the world’s most expensive country. If the Singapore dollar gets any more expensive, buying a new Honda CR-V would cost even more than the US$102,000 that it costs now. (Much of the reason that cars cost many times more in Singapore than they do elsewhere in the world is high local taxes – although a stronger currency would make it even more expensive).

And by saying that it won’t allow the Singapore dollar to strengthen more, the MAS says it doesn’t want things to get even more expensive (in foreign currency terms).

The MAS is also concerned about deflation. That’s when prices start falling – which might sound like a good thing, but it’s actually not. Singapore’s prices have been falling for more than a year.

Preventing the dollar from going up in value should have the same effect that cutting interest rates would have in other countries. It will help promote more spending (by businesses and people using foreign currencies) and when there is more spending, prices tend to go up. In the meantime, the best bet is that the Singapore dollar won’t be appreciating.