Why Singaporeans Should Not Rejoice Over The Telco Price War

We hope that we are wrong on this one. 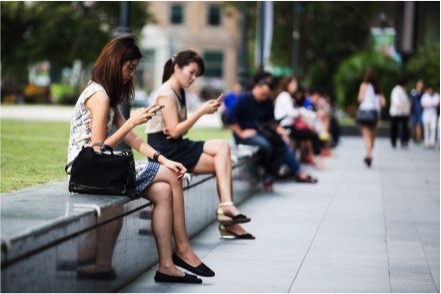 MyRepublic might have made a premature move by revealing their plans even before a getting the license to be Singapore’s fourth telco, but it was enough to spark a price war amongst all the three telecommunications companies in Singapore.

The telecommunications industry exhibits common traits that are similar to industry that has monopolised.

(1) Lacking In The Need To Improve

The lack of competition reduces the need for telecommunications companies to actively strive to improve their services.

The lack of competition also means that Singaporeans are left with little or no choice. You are either getting a plan from any of these three telecommunications companies, or none at all (which is not really an option). This gives the companies the ability to charge consumers a high price knowing that their demand will be price inelastic.

A cartel is a collection of businesses that act together as a single producer and agree to influence prices for certain goods and services by controlling production of the particular good. Formation of cartel is illegal in Singapore, under the competition act.

However, it is perfectly normal to see companies exhibiting “ cartel-liked” behaviour as such slight similarities in their pricing strategy. One example of such behaviour is when a certain telecommunications company increases the price today, the other companies will follow suit thereafter. This is due to each firm having attained their optimal portion of the market share, and the next best move being to increase their price if their competitors do so and to increase their profits.

This behaviour can be seen in the recent price war. Such behaviour can also be spotted when one compares the mobile plans among all three companies. While there is no real way to prove a cartel exists, the bracket of price plans usually hovers around a certain price range for each package, with each package usually providing rather similar characteristics such as the amount of data and call-time.

With MyRepublic’s possible intervention into the market, the added competition has already sparked a price war, where the 3 existing telecommunications companies suddenly offer good deals to prevent themselves from losing market share to the new competitor.

MyRepublic’s first goal will be to win over a significant percentage of the pie. This may come in form of cheap price plans as what we are seeing now. Unfortunately, where this cheap price plans remain sustainable in the long run is anyone guess.

This will lead to a few possible scenarios…

In conclusion, the introduction of competition into a fairly monopolised industry is definitely beneficial to the consumers in the short run. However, based on historical examples, coupled with the lack of government’s intervention in the industry as shown in the past years, such companies usually end up the same way in the long run.