How Procrastination Is Making You Poor 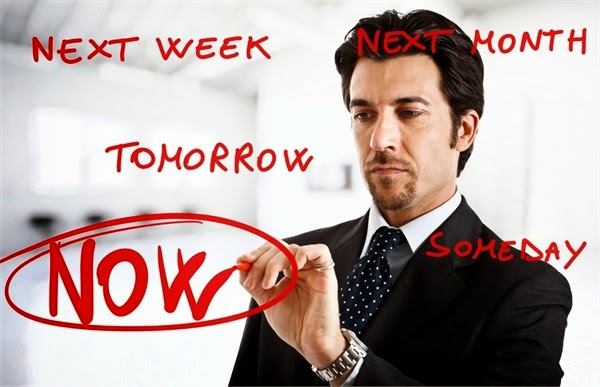 Procrastination can have a number of undesirable consequences. This includes missed deadlines, wasted opportunities and sub-standard work delivered as a result of insufficient time. Sometimes, costs of procrastination, while substantial, are not easy to quantify.

But what can be quantified – at least to some extent – are the costs associated with putting off decisions and actions when it comes to personal finances and investment matters. Beware of such “financial procrastination,” because the price of doing so, needless to say, can be extremely steep.

Broadly speaking, we can classify the costs of financial procrastination in four main areas:

Delays in putting your money to work through investments early on in your career can eventually end up costing you a lot. Consider the case of two hypothetical investors, Mr. Invest-First and Mr. Play-First, who begin investing $2,000 annually at ages 30 and 40 in REITs, assuming that the annual return is 5% (rather conservative). By the time they turn 60, Invest-First’s portfolio would have grown to about $132,878, twice the size of Play-First as Table 1 shows.

The difference between the two individuals is $46,746. Remember, we are talking about an investment of only about $2000 per year, or about $166 per month, an amount that most people should be able to set aside should they make the effort to do so.

Putting off investment decisions until the market “improves,” or consciously delaying investing in a bid to “time the market,” can also cost thousands of dollars over the long term. Many professionals view market timing as an exercise in futility, primarily because missing the market’s best days can erode returns significantly.

Sometimes, the best way out can be the easiest way too. And that one solution would be to make periodic investments through an automatic plan (we term it as dollar-cost averaging) rather than through a lump sum to avoid missing out on days when financial markets are on a red-hot streak.

Getting your financial house in order is an area frequently overlooked in the hustle and bustle of daily life. In some cases, this tardiness may have a direct opportunity cost – for example, a $50 gift card that you delayed using for two or three years until it was well past expiry. In other cases, procrastination may have a relatively minor effect at first, but may have a cascading impact that gets magnified over time.

One popular example, would be the tendency in delaying paying of bills and incurring late charges or interest costs. On top of these financial penalties, it may also lead to a bigger impact to one’s credit profile and credit score.

A couple of minor bills that you never got around to paying can eventually end up as a red flag on your credit report. Lenders who view your credit report may then view you as a higher-risk borrower, and charge you a higher interest rate to compensate for this perceived greater risk.

This can result in thousands of dollars in higher interest costs for big-ticket items such as a house or a car, a steep price to pay for procrastinating on a couple of bill payments.

Buying an overpriced condo without assessing its investment merits; being unaware that one’s adjustable-rate mortgage will reset to an interest rate that is twice the teaser rate; being struck down with a debilitating illness when one does not have long-term disability insurance.

These are all examples of unfortunate financial situations that can wipe out a massive chunk of one’s bank balance and net worth. However, doing one’s homework and taking prompt action can help avert or at least mitigate these losses.

Time is indeed money when decisions have to be made and actions taken with regard to your personal finances and investments. In this regard, prompt action needs to replace financial procrastination, since the costs associated with the latter can be very steep.