How McDonald’s Is Getting You To Spend More, And Making You Feel Happy About It.

It’s all about knowing what the customers want. And giving it to them. 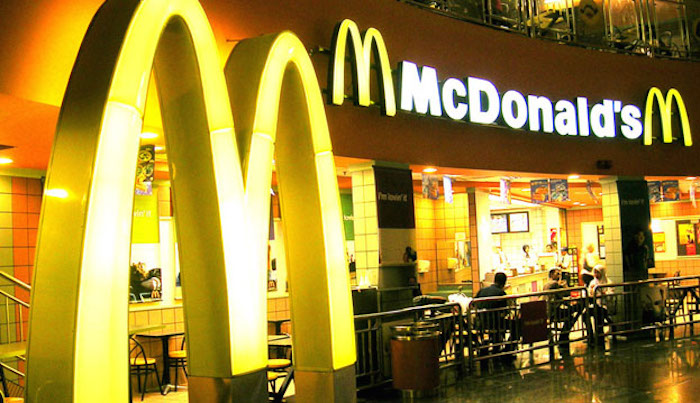 The growth of the fast food culture in Singapore and the world has largely been driven by the success of McDonald’s, the world’s most recognisable fast food brand.

Growing a brand on a large international scale would not be possible without great business decisions. McDonald’s has always been at the forefront of innovation. They are constantly trying out new and better ways to do things by introducing technology to its operations. This makes them successful in what they set out to achieve.

Business decisions taken by McDonald’s usually take into consideration the company’s sales. We will explain some of the best pricing and promotion strategies that McDonald’s have implemented.

One of the most challenging tasks that marketers in F&B outlets have to do is to constantly ensure a steady flow of daily traffic. The reason for this challenge is simple – people just don’t like eating the same food every day.

To attract people to patronise their outlets, McDonald’s will dangle customers with a choice of cheap deals. For example, being able to buy a McChicken burger for $2 and a small fries for $1.

This pricing strategy of McDonald’s is proven and thus practised in Mcdonald’s outlets all over the world. In the US, McDonald’s have their “Everyday Value Menu” that offers some items at $1. They also have the $2.50 “McPick,” which allows customers to choose 2 items from a variety of food.

The idea is simple; attract price-sensitive customers to spend at their outlets, rather than to lose them to other F&B competitors.

To further remind customers to visit them regularly, McDonald’s offer its customers the chance to earn free drinks, food or special deal through it McDonald’s morning alarm app. Each day, one such deal would be given to customers through their smartphone app.

Having used it for a few weeks, here are the deals we typically see, and how they support McDonald’s sales.

It’s free. You just head in to any McDonald’s outlet, flash them the promotion from your smartphone, and earn for yourself a free hash brown. What a deal for the customer, and surely, a losing proposition for McDonald’s?

You see, a hash brown by itself is insufficient for most people as breakfast. A person who is already at McDonald’s to get his or her free hash brown may just get a cup of coffee at the same time. And while there are at it, why not get a $3 “Grab & Go” morning deal that would include a burger as well.

In total, a person spends $3 to get a burger, a coffee and a hash brown. That’s a reasonable breakfast deal to get in Singapore.

From McDonald’s perspective, this is a win as well. A customer who may have spent his money elsewhere would now have spent $3 on breakfast with them. There are likely to be happy customer as well, since they received a free hash brown.

Not many people go into McDonald’s with the intention of just buying a medium fries. At $3.10 per pack, it’s not the most value-for-money deal you could find.

By giving a 1-For-1 deal, and getting people to buy the fries, McDonald’s is now able to create a sale that they would typically never get. From the customer perspective, a perceived value is also created, since the customer receives double the quantity of food than they would normally receive.

The same concept applies to other food items such as 1-For-1 McFlurry. The idea here is that McDonald’s successfully create sales through these promotions that they would otherwise never enjoy.

Build Your Own Burger

We have shared about how McDonald’s have been successful in attracting customers to spend a few dollars with them. Now, the attention turns to how they can extract more spending dollars from less price-sensitive customers.

To keep up with the appearance of affordability, most fast food outlets (including McDonald’s) would try to keep their value meals to less than $10. Typically, deals would range from $5 for basic burgers such as the McChicken or the Filet-O-Fish, to $8 or more for bigger burgers such as the Double Quarter Pounder or the Double McSpicy.

From a business point of view, the more expensive meals would give a higher profit margin per customer.

Since most people will only have the stomach for one burger, how do you extract more from each customer without pissing them off? Simple. You give them the option to spend more on their own customised order.

Best part about this is that you won’t hear complains from customers because McDonald’s is giving the customer exactly what they have asked for, and were willing to pay.

That is not to say that creating your own burger isn’t worth the money you are paying for. In all fairness, even at $10 per burger, most would still be paying less compared to eating at a well-known burger joint.

And that’s how McDonald’s keep their customers happy, while ensuring that their business continues to expand.

Is An IPO Really Necessary For Big Companies?
Should University Undergrads Get A Concession Pass?