If you need to wake up early on Saturday, the sample vote will be a good indicator of the final result. But if it’s too close to call, be prepared for a recount (and a late-night) if the winning margin is less than 2%. 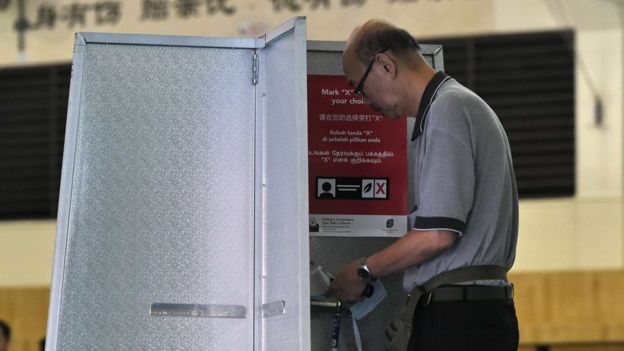 For only the second time in Singapore’s history, sample votes will be revealed by the Elections Department to the public even before the final results are tabulated. This means, from 10 pm or earlier, Singaporeans will start receiving early indications of how the results are faring based on sample size.

How Is The Sample Vote Taken?

Very simply, at each polling station, a counting assistant will randomly pick a bundle of 100 ballot papers and count the number of votes for each candidate(s).

Since each polling station will have a different number of total ballot votes, different weightage will be assigned to each station to account for the difference in votes cast.

How Accurate Will The Sample Count Be?

The sample counts are “fairly indicative of the final percentages” with a confidence level of about 95%, plus or minus 4% points.

What this means is that there is a 95 percent chance that the actual election results will be within a 4% margin of the sample count. It implies that any indicative results announced that falls between the 46% to 54% range are far from a done deal since there is a 4 percent margin in error.

For example, and statistically speaking, candidates who win 60% of their sample votes have a 95% assurance that the final result will win between 56% to 64%. Candidates that win 52% of the sample votes have a 95% probability of accumulating between 48% and 56% of the votes cast, so it would be fair to say that the contest is far from over. Likewise, a candidate winning 46% of the sample vote may still have a chance, statistically speaking, to win the actual vote.

According to a Mothership article, in GE2015, sample vote counts in all constituencies except MacPherson came with 2 percentage points of the official results, below the 4% margin of error. This is an indicator that the sample vote count is going to be a good proxy for the actual results. For MacPherson, it was 2.58%.

It’s worth noting that for constituencies with a very close fight, the sample vote count will not be a good proxy for the actual result.

It’s worth noting that in GE2015, only two constituencies had a winning margin of less than 4% (i.e. result may not be accurately predicted by the sample votes). These were Aljunied GRC (won by WP at 50.96%) and Punggol East (won by PAP at 51.77%). Aljunied GRC did a recount since the winning percentage was lower than 2%.

Automatic Recount If Winning Margin Is Less Than 2%

For example, in GE2015, because the winning margin of the vote for Aljunied GRC was less than 2%, the PAP candidates requested a recount of votes (this indicated that they lost the first count). As such, a recount was ordered by the Election Department. Subsequently, the WP still won the vote with the final count being 50.96% (WP) and 49.04% (PAP).

In GE2020, a recount will be automatic as long as the winning margin is less than 2%. Losing candidate(s) do not need to request for it.

For those who will need to get up earlier the next day, the sample count will allow you to get an early indication of the results. For the rest of us, we will only know when the results are finally announced. However, if a recount is needed, be prepared for a late-night if you want to wait for the actual results.

State Of Singapore’s Job Market In 1Q2020: Here Are 5 Key Figures From Ministry Of Manpower’s Latest Labour Report
7 Important Things That Singaporeans Need To Know From The GE2020 Results