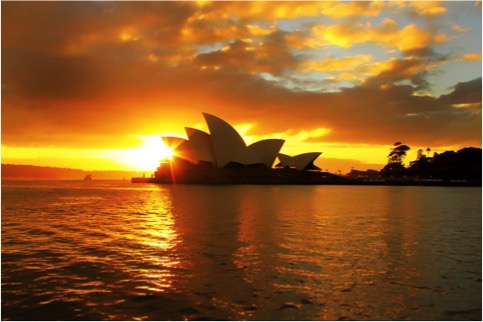 That’s the marketing caption for the official Australian tourism website. Truth is, there is nothing like the exchange rate for the Australian dollar now, at least for Singaporeans.

Being the 6th largest country in the world, Australia is blessed to have beautiful beaches and reefs that are popular with surfers and divers. With a rich history of farming and crop growing, one can also spot the numerous farms that grow rice, wheat and vegetables during an outback journey. And with the population of kangaroo and sheep exceeding those of the population of humans, it is no surprise that the country is famous for the quality of wool produced.

Singapore Dollar Vs Australia Dollar over the past 5 years

The saying goes, if America sneezes, Singapore will catch a cold. The same can be said of the relationship between China and Australia.

China is the biggest buyer of Australia’s iron-ore exports. With the plunging commodity prices occuring due to the slowdown of the China economy, the Australian economy has taken a hit.

The Australian Dollar is currently at its lowest in 5 years against the Singapore Dollar, nearing a one to one exchange rate. 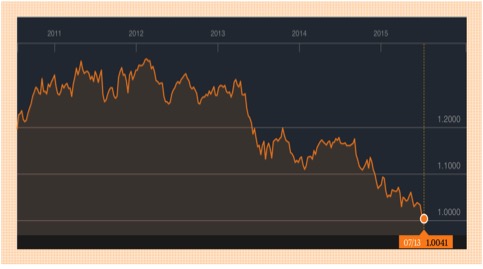 With the interest rate set to rise in the US, we might be looking at a decrease in demand for the Australian Dollar. If commodity prices remain sluggish, the strength of the Australian Dollar is likely to continue depreciating unless actions are adopted by the central bank.

Till then, we would like to recommend Australia as a desirable destination due to its tfavorable exchange rate. If you have been thinking of taking a trip down under, now may just be the right time.

Should SMRT Be Paying Out Such High Dividends?
How You Can Save Money On Computer Software