If you subscribed to the Astrea IV bonds and received less bonds than you initially expected, here’s the reason why. 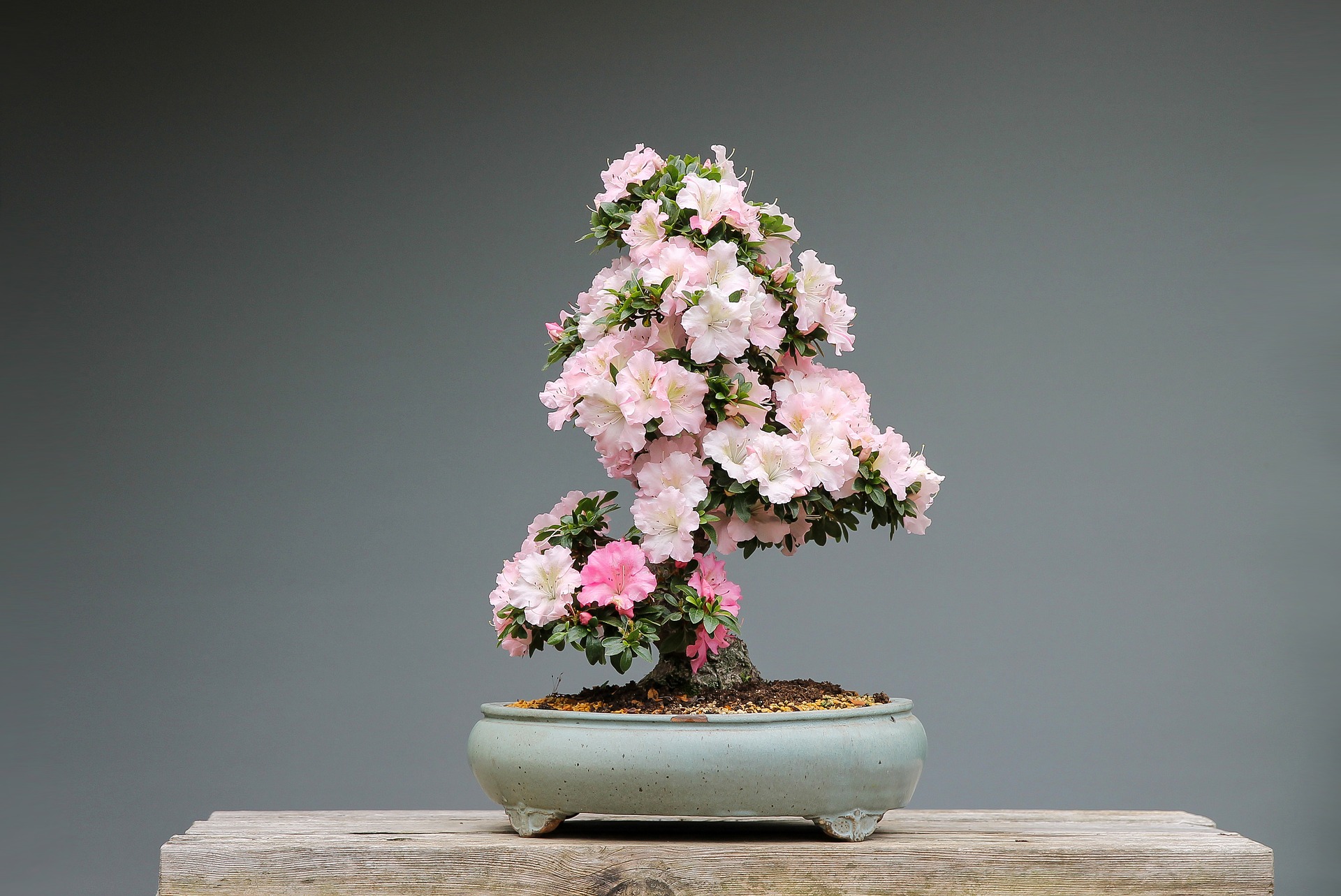 The recent launch of the Astrea IV Class A-1 Bonds to the public was met with strong support from retail investors, with the bonds being 7.4 times subscribed.

The unique characteristics offered by the Astrea IV Bonds, coupled with the fact that it’s issued by Azalea Asset Management, a wholly-owned unit of Temasek Holdings, makes it appealing to many investors in Singapore. This led to high demand, and not surprisingly, it was subscribed by 7.4 times.

For those who are wondering what this means, it basically meant that while there were S$121 million of the Class A-1 bonds being offered, nearly S$890 million in valid applications were received.

When news broke that the Astrea IV Bonds were heavily-subscribed, many first-time Initial Public Offering (IPO) investors found themselves wondering just how the IPO allotment would work.

Would it be a random selection to decide who will get the IPO shares? Or will you have a higher chance of getting the shares if you have subscribed for more?

Read Also: 10 Things You Need To Know About The New Astrea IV Bonds Before Investing

Before we explain how the Astrea IV shares were allotted, let’s first understand what typically happens when an IPO is heavily-subscribed.

When deciding how to allocate the shares, companies split investors into various groups based on how many shares each applicant balloted for.

For example, applicants who expressed interest to subscribe to between 1,000 to 4,900 shares may fall under one group. Those who apply for between 5,000 to 9,900 shares will form another group and these groups can be created all the way up to 1,000,000 and above.

The company will then decide how many shares they wish to assign to each group, and also the number of shares that will be allotted to each successful applicant within the group.

Here’s a simple, hypothetical example based on 1,000,000 shares issued at $1 each. In this example, we assume that the company distribute its shares equally across the four groups (250,000 shares per group). The company also decides how much shares to allocate to each successful applicant in each group.

For example, in Group 1 (1,000 to 9,900), successful applicant will receive 1,000 shares each. The number naturally increases when you subscribe for more shares and fall into the next group.

However, it’s important to take note that there is a difference between applying for more shares so that you have a higher chance of landing more shares in an IPO as compared to getting anything in the first place.

In our simplistic example above, you can see that applying in Group 3 (50,000 to 99,900 of shares) give you the lowest chance of being successful because there are 10 times more applicants in the category (100) compared to successful applicants (10).

In other words, the chances of successfully getting allocated shares may not always increase just because you subscribed to more shares.

Yes, you would get a higher allocation if you are successful, but your chances of getting anything in the first place may not be higher.

Here’s an actual example from the Ayondo IPO earlier this year. Of course, all these things are only known on hindsight, after the results have been announced.

Read Also: Half-Time Report: How Are The IPOs In Singapore In 2017 Faring?

How Astrea IV Allotment Was Done

The Astrea IV allotment was done in a slightly different way from how traditional IPO allotment are typically done. 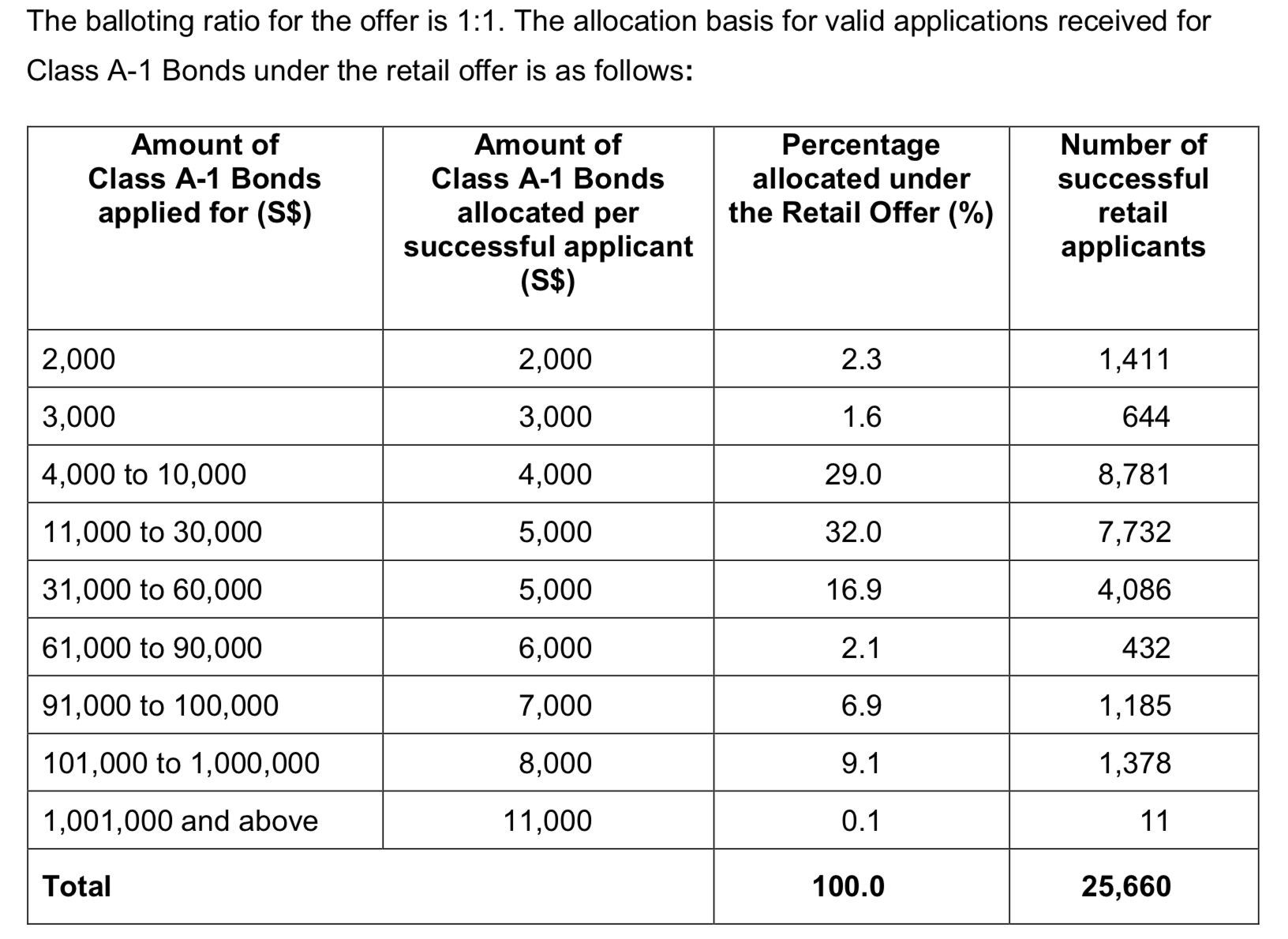 Despite being 7.4 times subscribed, all 25,660 valid applicants received some shares. This is in contrast to most other heavily-subscribed IPOs, where it’s common to find many unsuccessful applicants.

What Astrea IV did to achieve this was simple.

While many heavily-subscribed IPOs tend to give a larger percentage of the shares to the groups which subscribed for the most shares, Astrea IV did the opposite, with more than 80% of their 121,000,000 shares allotted to those who subscribed to 60,000 or less shares.

In our view, the allotment strategy for Astrea IV reflects the issuing company’s desire to ensure that small retail investors were not kept out of the IPO.

With all 25,660 applicants receiving some shares, it also means that the Astrea IV now has a wide retail investor base. As a gauge for comparison, DBS, Singapore largest company through market capitalisation, has about 50,000 shareholders while M1 has about 20,000 shareholders.