2021 has been a great year for some of these stocks, the investors, and their founders or owners. 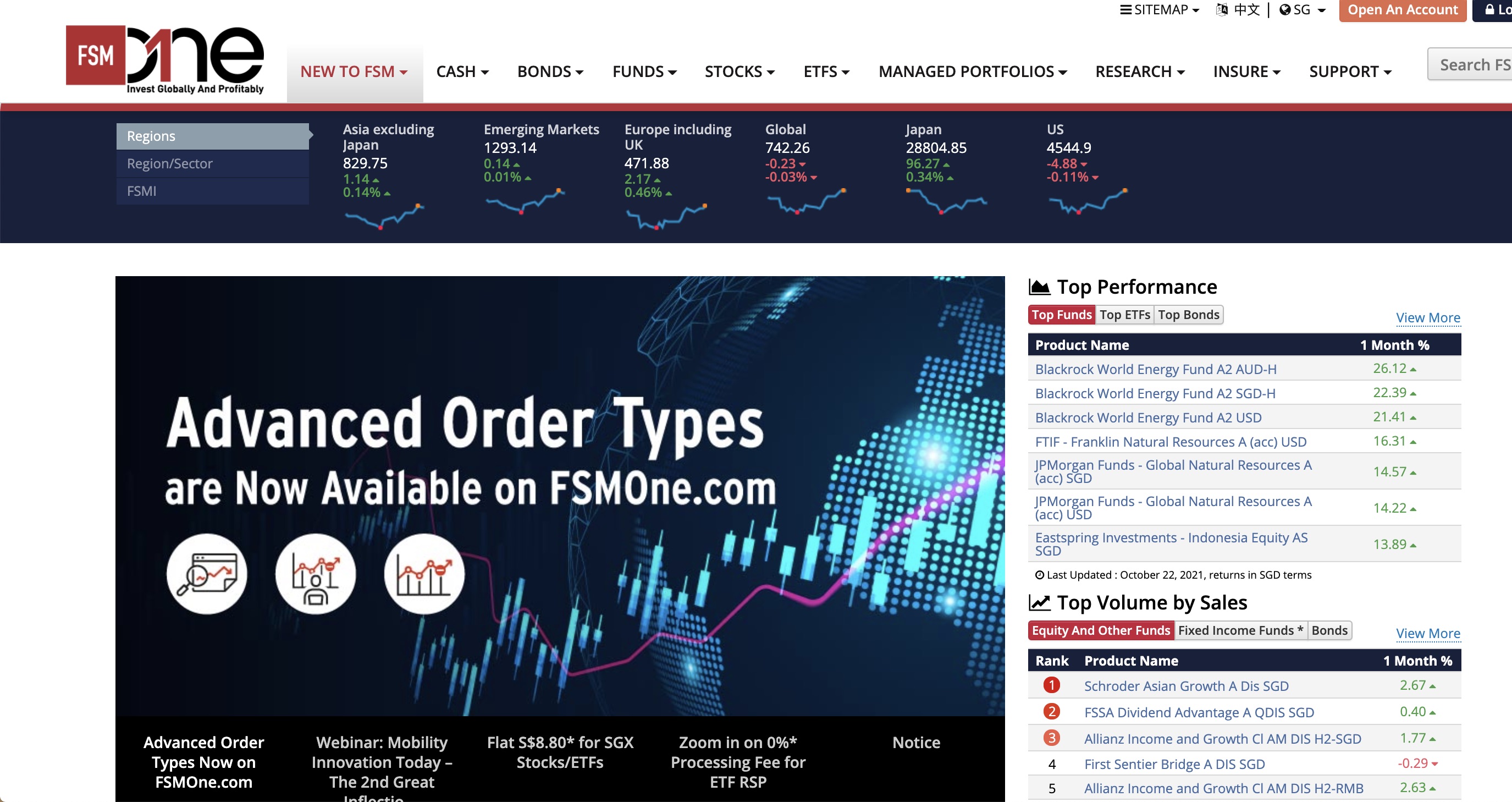 The term “billionaire” gets thrown around quite often these days. While the definition of billionaire typically refers to an individual with a net worth of at least USD 1 billion, some lists like Forbes Singapore’s 50 Richest also include married couples or family accumulated wealth.

In an SGX Market Update report earlier this week, SGX highlighted a list of some of the best-performing stocks in 2021 on SGX with a market capitalisation of at least S$1 billion.

While there are 89 primary-listed stocks on the SGX with a market capitalisation of at least $1 billion, some of these companies like DBS, Singtel and Singapore Airlines, are owned by large institutional shareholders as opposed to being owned by a small group of individuals.

In this week’s edition of 4 Stocks This Week, we take a closer look at 4 of the best-performing companies on the SGX in 2021 that can be considered  “billionaire stocks”, and the ownership structure behind them.

Read Also: [2021 Edition] The Richest In Singapore And How They Made Their Fortunes

An established regional fintech player, iFAST Corporation (SGX: AIY) is a wealth management platform FinTech platform with asset under administration (AUA) of about $18.38 billion (as of 30 September 2021). Started in the year 2000, iFAST was listed on the SGX mainboard in 2014.

iFAST share price increase is backed by a set of impressive results over the last 19 months. On 23 October 2021, iFAST released its 9M2021 performance, which shows revenue of about $161.6 million, a 33% increase as compared to the $122.0 million revenue it recorded in 9M2020. Even then, 9M2020 performance was also a 33% increase compared to 9M2019. So iFAST has been seeing strong, double-digit growth in consecutive years.

Net profits are likewise growing at $23.2 million for 3Q2021, which is an increase of about 64% compared to the same period last year.

iFAST market capitalisation is currently about $2.73 billion and iFAST founder Lim Chung Chun currently owns about 20% of iFAST (worth about $546 million), with SPH owning about 15% of the company (worth about $409 million)

The Hour Glass (SGX: AGS) is a brand that many would be familiar with. The company is one of the world’s leading specialist watch retailers with an established presence in twelve key cities in Asia. 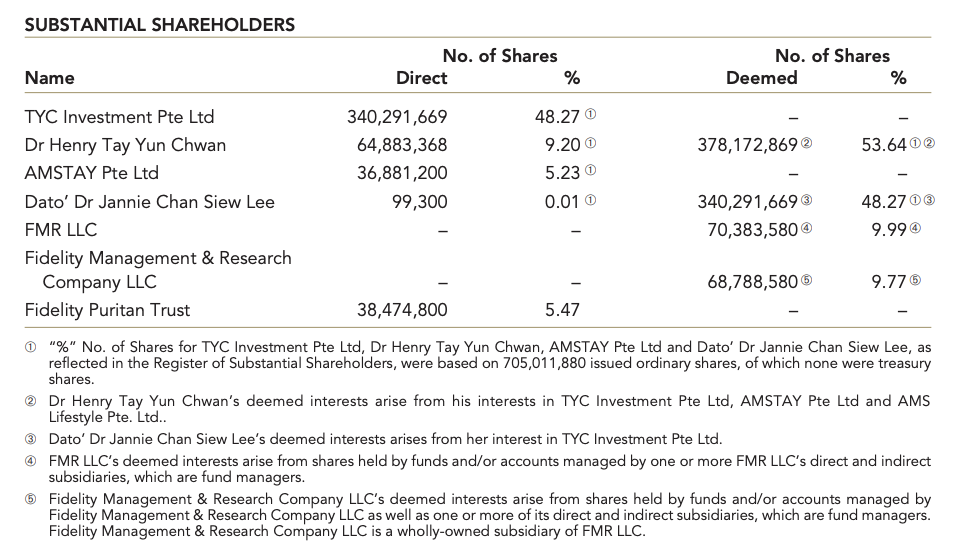 According to Annual Report disclosure, Founders Dr Henry Tay and Dato’ Dr Jannie Chan Siew Lee (the two were founders of the company and were formerly married) are deemed to be substantial shareholders of The Hour Glass due to their interest in TVC Investment Pte Ltd. Dr Henry Tay also owns about 9.20% of the shares ($108 million) directly as an individual investor.

Thomson Medical Group (SGX: A50) is also another company familiar to most of us in Singapore. It started in 1979 and is known for providing healthcare services for women and children, focusing on Obstetrics & Gynaecology and Paediatrics.

In August 2021, Thomson Medical Group announced a robust net profit of $16.9 million for FY2021 based on total revenue of $240.4 million. This is a significant improvement as compared to the $98.0 million loss the year before. 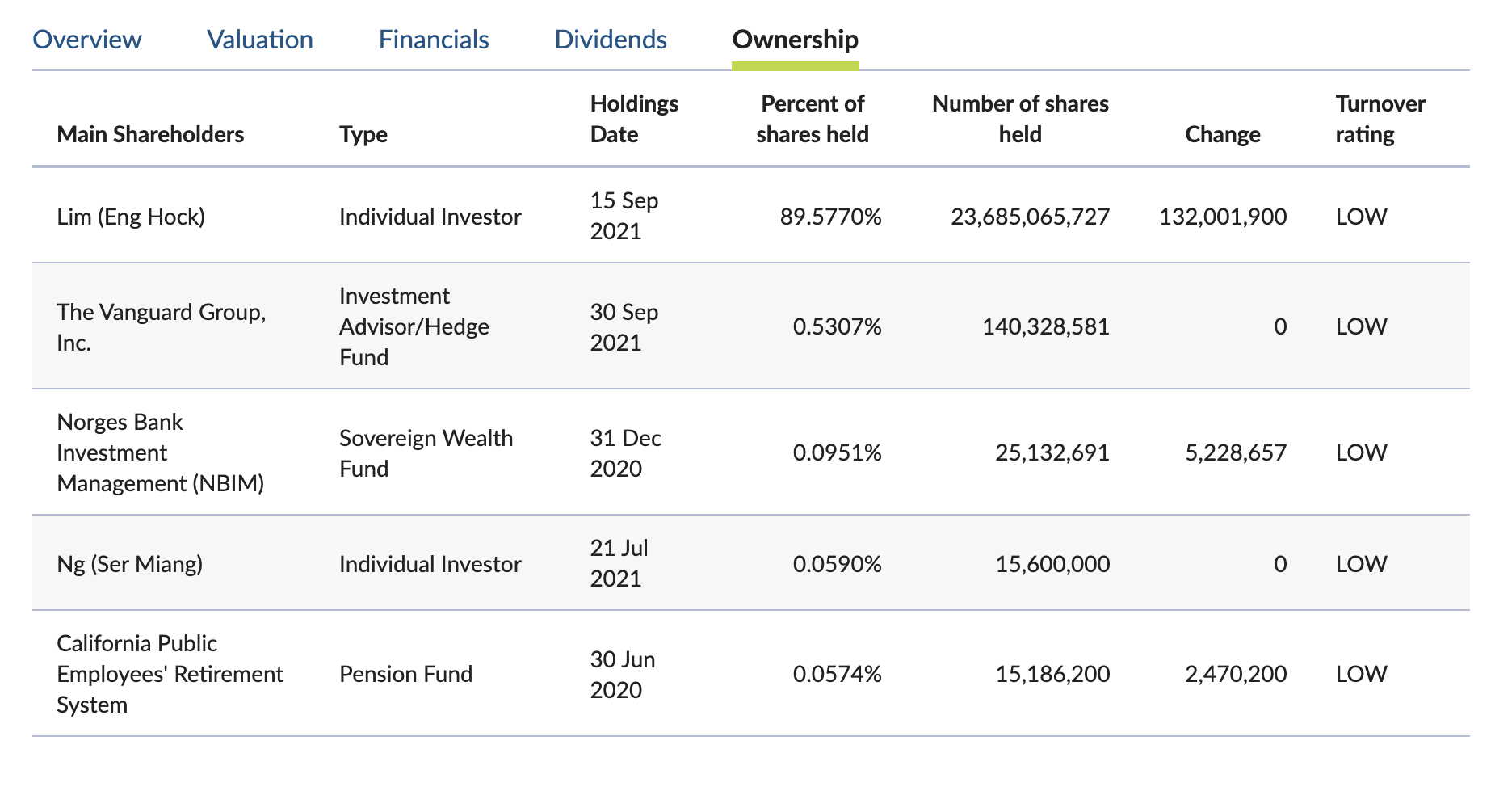 Founded in the 1880s, Straits Trading (SGX: S20) was once the world’s largest tin producer, and it still owns a majority stake in the world’s third-largest tin producer today – Malaysia Smelting Corporation Berhad. However, the company is better known today for its diversified property portfolio, which includes Straits Real Estate, ARA Asset Management, and its stake in Far East Hospitality Holdings. 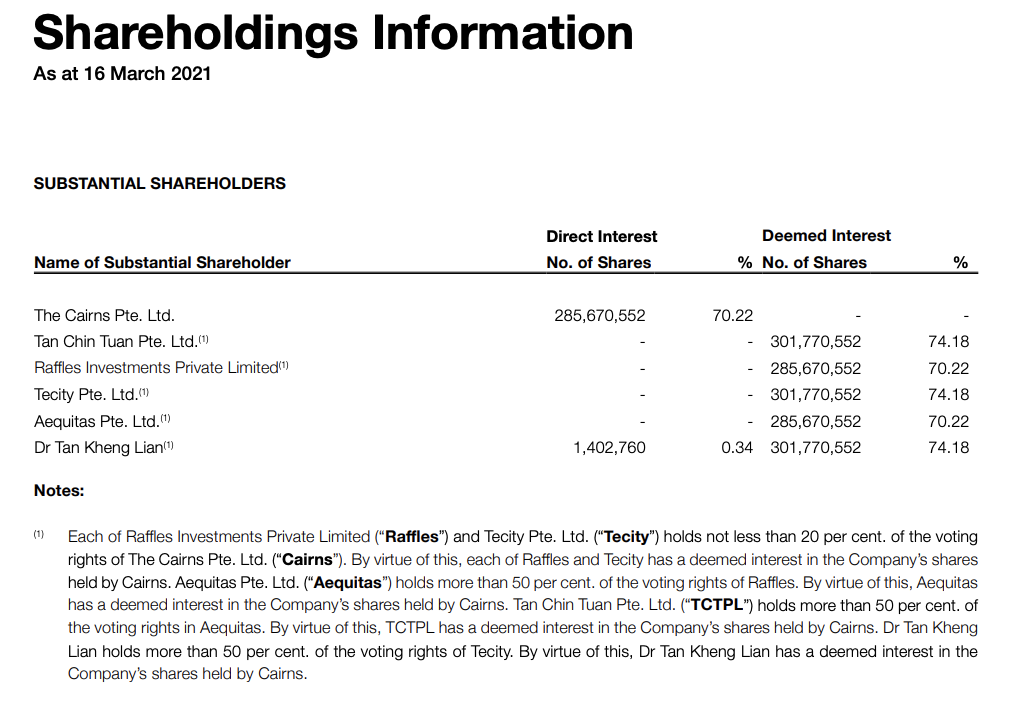