Why Singapore’s Medishield Life Is A Well Designed Healthcare System

One of our favourite authors, Tim Harford, talks about the Singapore healthcare system 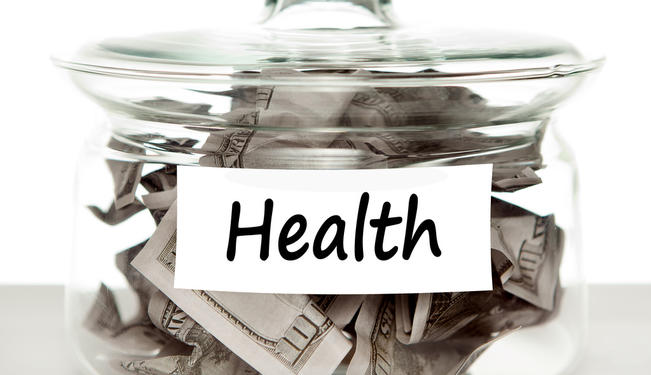 One of our favourite economics book is “The Undercover Economist” by Tim Harford, an English economist who writes with the Financial Times. The book is exceptionally useful for anyone who wants to understand why people and organisations behave the way they do around us. In his book, Harford talks about various topics such as why Starbucks Coffee are always so expensive, how supermarkets practise price discrimination, what led to the global financial crisis, and why poor countries remain poor.

Last week, we had a reread of the book and stumbled across a section about health insurance. In that section, Harford talks about adverse selection and how it affects the health insurance industry. More interestingly, he talked about how the Singapore Government successfully resolves this problem in our healthcare system.

What Is Adverse Selection?

For those who do not know, adverse selection refers to the situation where sellers have information that buyers do not, or vice versa.

For example, if people are allowed to buy insurance coverage after they know they have some illness, a situation of adverse selection will occur.

Adverse selection, when left unchecked, can collapse the entire insurance market. This is because the industry cannot be sustainable if people only choose to be insured after they know about it.

The simplest way of solving the adverse selection problem is to ensure both buyers and sellers have access to the same information. For example, if both buyers (you and I) and seller of health insurance (insurance companies) do not know if we may or may not fall ill in the future, then both parties can agree on a fair premium that takes into consideration the likelihood of falling ill.

Health Insurance In The U.S.

Healthcare in the U.S. is well known for being really lousy. It’s lousy not because healthcare providers are bad, but because Americans pay a lot more for the same coverage that many others developed countries enjoy for far less.

For example, Harford wrote this in his book.

“(The) United State Government spends more on healthcare per person that the combined public and private expenditure in Britain, despite the fact that the British government provides free health care for all residents while the U.S. government covers only the elderly and some of the marginalized.”

Harford also noted that administrative cost alone for U.S. healthcare costs more than $1,000 per person per year, which by itself is already more than what each Singaporean spends on their medical care.

Why Are Countries Like Singapore Able To Spend Less Than The U.S.?

There are many factors to consider, we will focus on just three few key ones today.

# 1 Basic Healthcare For All

Unlike many countries that have basic healthcare for citizens, health insurance in the U.S. is optional. As of 2010, it is estimated that about 16% of Americans do not have any form of health insurance. That translates into about 49 million people in the country.

While there are some who do not have health insurance, those who have it will also have the incentive to over-consume it, especially if they are already paying a quite a fair bit for their coverage. This increases overall cost, and also further push up premiums, thus causing more people to drop out.

By having compulsory basic healthcare, a country is able to ensure that all it’s citizens have basic coverage, while also keeping cost is kept in check since people who do not want it, or want to buy something else, can’t just opt out from paying. This is also known as risk pooling. Our Medishield Life system utilise this aspect of risk pooling.

Insurance and the topic of moral hazard are always closely linked.

Moral hazard refers to the situation where a person, knowing that he or she is insured, lack the incentive to take further care against the possibility of incurring costly treatment since the person no longer has to pay for treatment.

This isn’t to say that people deliberately get into accidents just because they have health insurance. Rather, it suggests that an insured person could be less careful (for example, on the football pitch) knowing that the insurance company would cover any injury they suffer.

To solve this moral hazard problem, Medishield Life practises a co-payment system with rates ranging from 3% – 10%, depending on the size of the bill. For example, for a $7,000 hospital bill at a public hospital, the co-payment rate of 5% would mean that individuals pay $350 as part of their share for the hospital treatment.

Such a design in the Medishield Life system ensures that individuals are not burdened with any catastrophic hospital bill. At the same time, it also keeps unnecessary healthcare consumption in check, since there is still a small co-payment feature that requires individuals to pay a small part of the overall healthcare cost they incur.

# 3 Market Freedom To Choose Your Own Healthcare Provider

On one hand, the healthcare system in the U.S. has led to high and possibly, unsustainable healthcare cost. On the other end of the spectrum, the system in the U.K. is designed such that the British government has to decide how much the country should spend on healthcare, and the type of treatments they should cover given the health condition of an individual.

In Singapore, Medishield Life is deliberately positioned to be in between both systems. The basic coverage provided by Medishield Life allows every Singaporean, regardless of age or any pre-existing illness, to enjoy basic healthcare coverage.

At the same time, individuals are free to seek more expensive treatment, or choose their own doctors and hospitals if they want to. The healthcare system introduced by the government does not constrict the free market system that gives people the choice to spend more on healthcare if they choose to do so. If someone is rich and willing to pay a crazy amount for the best healthcare treatment that money can buy, the system allows them to do so without allowing their expenditure to burden the rest of society.

The Healthcare System In Singapore Is Not Perfect, But Are There Any Realistically Any Better Alternatives Out There?

We always find it refreshing to be reading non-Singaporean perspectives on our public policies.

“The reason why Singapore’s success is uncommon is probably that policy debates get stuck with one side claiming that we should rely on the market, and the other side asserting that the government would do a better job. “

Maybe the answer lies in between the two.

If you are intending to contribute to your SRS account to enjoy tax relief while saving for your retirement, don’t just stop there, invest your SRS funds to grow and accumulate wealth for a comfortable retirement. For a limited time only, receive up to $200 eCapitaVouchers when you invest your SRS funds with MoneyOwl. Find out more about MoneyOwl’s SRS promotion here.

What’s to say? The future’s a hoot when you invest wisely! Grab it while it lasts, promotion is valid from 9 November to 31 December 2020.

How Much Income Tax Do I Have To Pay In 2016?
Why Buying Digital Movies And Games Don’t Make Financial Sense