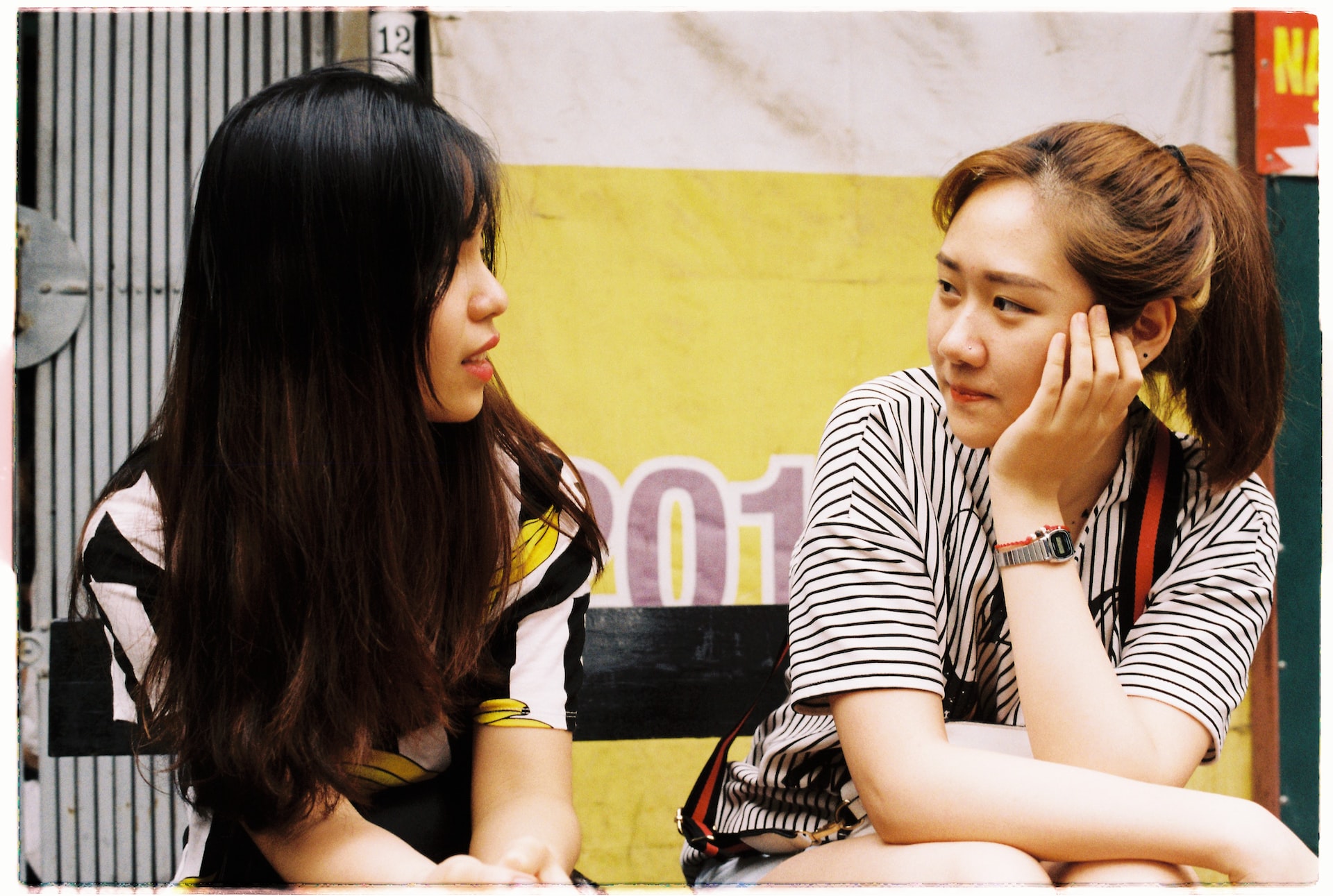 This is why there is room for women to consider investing their CPF Ordinary Account OA savings, by taking on some risk and aim for returns greater than the OA interest rate of 2.5% per annum (p.a.).

Starting on this path can help to ensure that women have sufficient savings over their longer lifespans, as well as make up for the gap in the retirement funds’ runway as compared with men.

First, let’s take a look at the numbers. Starting from around the ages of 35 to 45, women generally have lower CPF balances than men do, according to the CPF Board’s latest annual report. This is despite the fact that there were more women than men in most of the age groups above 35 years old.

The trend of smaller CPF balances for women continues in all the older age groups, stretching past 80 years old.

CPF balances are made up of a combination of wage contributions and top-ups. The figures include self-employed persons.

In many countries, the gap between retirement savings for men and women arises partly from different levels of earnings between the genders, US-based actuarial and consulting firm, Milliman, wrote in a research report last year.

Retirement savings are also affected by gaps in contributory service, which tend to impact women disproportionately, particularly those who take a career break to raise a family, Milliman added.

In Singapore, the CPF savings gap between the genders still exists, although Milliman’s analysis found that it has been gradually narrowing since 2009.

Going by figures in the CPF Board’s 2021 annual report, we noted that on an average basis, female CPF members up to 35 years old had higher balances than their male counterparts in the same age groups. 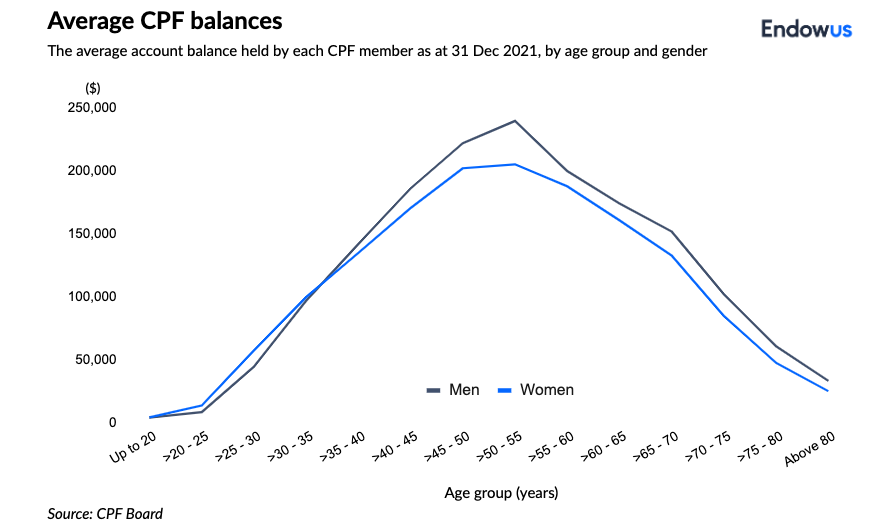 A similar pattern can be observed in terms of total balances for each sex. Female CPF members up to 40 years old mostly had higher balances than male members, with the exception of those aged 20 or younger.

After 40 years old, women’s total CPF balances would fall behind that of their male counterparts. Among those aged >40-45, female members had almost $29 billion combined, a shade lower than the $29.2 billion held by men, the CPF Board figures showed.

Such a savings gap could in part result from some women taking career breaks due to family responsibilities, which may have an impact on their CPF balances in terms of missed contributions as well as lower subsequent incomes when they return to work, based on Milliman’s report.

In addition, some working mothers could potentially think there is little incentive to top up their CPF balances given that they can already claim tax relief from the Working Mother’s Child Relief (WMCR), which is meant to encourage women to remain in the workforce after having children. Those who are married, divorced, or widowed may claim WMCR, starting from 15% of your earned income for your first child.

Read about how Endowus has improved CPF investing in Singapore from this link. To find out more about our Endowus Flagship CPF Portfolios, click here.

Another reason investing your CPF OA funds is important is the fact that women typically live longer than men, and will thus need more retirement funds in old age.

On the whole, everyone is also living longer. Overall life expectancies have been improving for Singapore residents over the last decade, barring declines in 2020 and 2021 amid higher mortality rates due to the Covid-19 pandemic.

The minimum retirement age in Singapore is now 63, and the re-employment age is 68, after the Ministry of Manpower raised them on 1 July 2022.

The Endowus Singapore Retirement Report 2021, based on a survey of more than 1,000 CPF members, found that women may be at a higher risk of retirement inadequacy than men. Women were half as likely as men to “strongly agree” that they were confident of having sufficient funds for retirement.

To learn more about investing through a female lens and breaking the bias on female investors, click here. Watch our webinars on building financial wellness for women and why it is important for women to take charge of their own finances.

Total CPF members’ balances grew by 9.4% to $505.7 million in 2021. This excludes an additional net $246.6 billion withdrawn for housing and investments at the end of the year, although the annual report did not provide a breakdown of such withdrawals by age group or sex.

Under the CPF Investment Scheme (CPFIS), OA balances can be invested in a range of products including stocks, bonds, and unit trusts.

Besides investing your CPF, there are also other lower-risk ways to build your nest egg to achieve retirement adequacy and meet your long-term financial goals.

One option is to transfer some of your OA funds to your Special Account (SA) to take advantage of SA’s guaranteed and higher interest rate. However, keep in mind that such transfers are permanent; once in SA, the monies can no longer be used for housing or education.

You may also choose to make cash top-ups to your SA if you are below 55 or to your Retirement Account (RA) if you are 55 and above. Top-ups can be done for loved ones, too, which means your spouse may wish to top up your accounts, especially if you have left the workforce.

CPF is an important part of our retirement goals, and we should be cautious with managing and investing it. Endowus has been an advocate for Singaporeans to manage their CPF better. Invest now for better peace of mind in your retirement years.

Learn more about our options on CPF investments, or read more on CPF on Endowus Insights.

If you’re interested to start investing with Endowus, you’ll be happy to know that DollarsAndSense readers can enjoy $20 off their access fee till (equivalent to $10,000 advised free, assuming an Access fee of 0.40%). Sign-up using this link to claim this special offer. Terms & Conditions apply.

Guide To Seeking Income In A Rising Rate World
Cryptocurrency Investment: Past and Future Developments To Look Out For