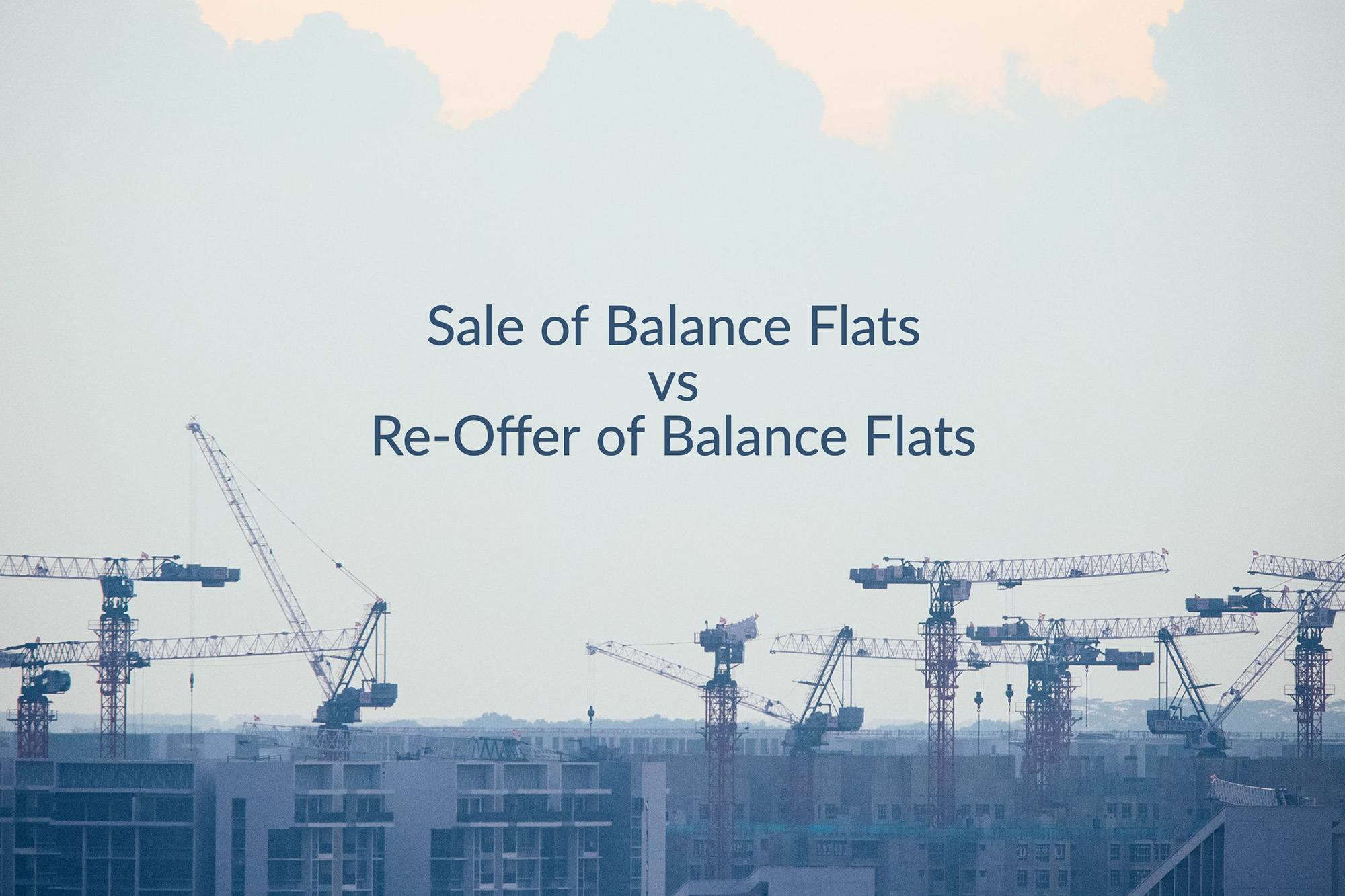 Most first-time home owners would typically consider the question of whether they should get a BTO or a resale HDB flat. This is a fairly common question and we have discussed the pros and cons of either option in a separate article.

Beyond just deciding if you want a BTO or a resale HDB flat, home owners today have more options to choose from. In recent years, Sales Of Balance Flats have become increasingly popular. These HDB flats have a shorter waiting period, since they are in the process of being built or have been completed.

In 2017, a new scheme called the Re-Offer of Balance Flats was launched. This is not to be confused with the existing Sales Of Balance Flats scheme, which has been around for quite some time.

If you are a first-time home owner looking to apply for either of these schemes, it’s important that you understand the differences between the two.

Let’s start off by explaining how the Sales Of Balance Flats (SBF) scheme works.

According to HDB, SBF takes place semi-annually during the month of May and November. This is done in conjunction with the quarterly BTO launches, which also take place during the same time period in May and November. You can only apply for either the SBF or BTO during a launch, and not both.

Units available during an SBF launch are BTO flats that have been previously offered during past BTO launches, but are now available for selection once again because 1) the homeowners who selected the flats have chosen to give it up, or 2) these flats were never selected by applicants in the previous exercise. Do also note that repurchased flat (i.e. flats that were repurchased from the existing owners by HDB) are also offered through SBF launches.

Introduced in 2017, Re-Offer of Balance Flats (ROF) also takes place semi-annually during the month of February and August. This is also done in conjunction with the quarterly BTO launches. Similar to the SBF, you can only apply for either the ROF or the BTO during a launch, not both.

The ROF pools together all flats that remain unsold at the conclusion of the previous SBF exercise.

The key difference between the ROF and the SBF is that applicants do not need to indicate their preferred flat type and town/estate during the application. All applicants for the ROF will be shortlisted using a computer ballot and applicants will choose their flat based on the queue number they receive.

In other words, if your queue number is number one, you will get to select from any flat from the common pool of units available across all locations and flat types from the ROF.

Read Also: Frustrated With Waiting For Your BTO To Be Ready? Here’s How Provisional Housing Scheme Can Help You

Another key difference between the ROF and the SBF is the waiting period for both the ballot results and the flat selection appointment. For the ROF, this is shorter.

Since the ROF technically takes place only after the SBF, it’s natural that successful applicants for the ROF will end up having a shorter waiting period for their new flats. If the flat is already completed, applicants can move in within three months.

We hope this article explains all you need to know about the difference between the SBF and the ROF. If you have any further HDB related questions, you can now ask us through JustAsk.sg. We will do our best to answer you.