Which BTO development would you be balloting for? 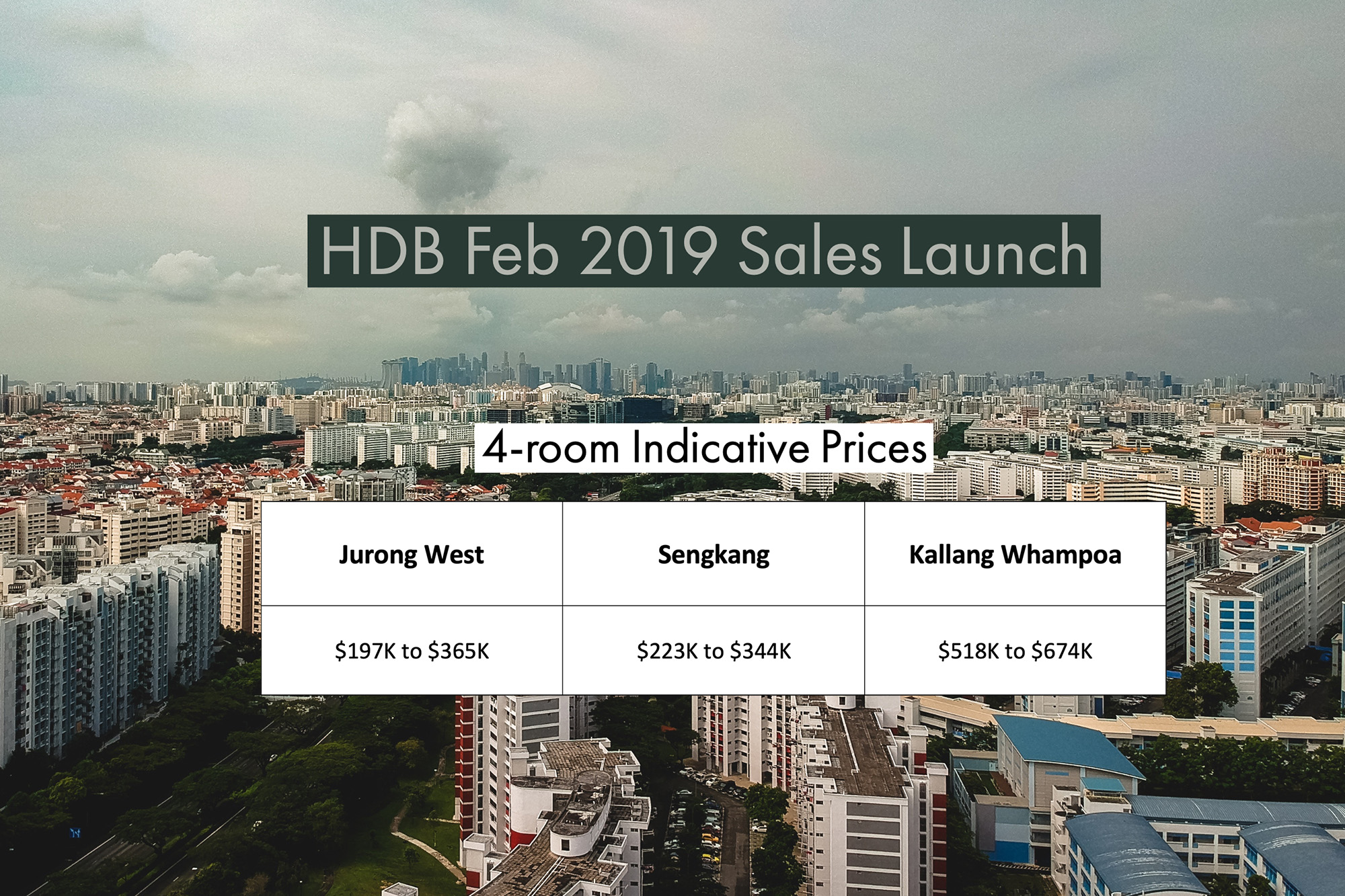 The Housing and Development Board (HDB) had announced that it will launch around 15,000 new flats in 2019.

For this first BTO sales launch in February, 3,739 flats will be available for balloting in Kallang/Whampoa, Jurong West and Sengkang. During this round of BTO sales launch, there will also be a Re-Offer of Balance Flats exercise with 577 flats on offer.

Ever since we at DollarsAndSense pioneered BTO location analysis articles, we’ve been heartened by your response and are glad to have played a part in selecting the home of your dreams.

Here’s our analysis of each development in this February’s BTO Sales Launch to help you make a decision on which estate is right for you.

If you aren’t sure about how to go about applying for your BTO flat, you can refer to our comprehensive Step-By-Step Guide To Buying Your First BTO Flat. 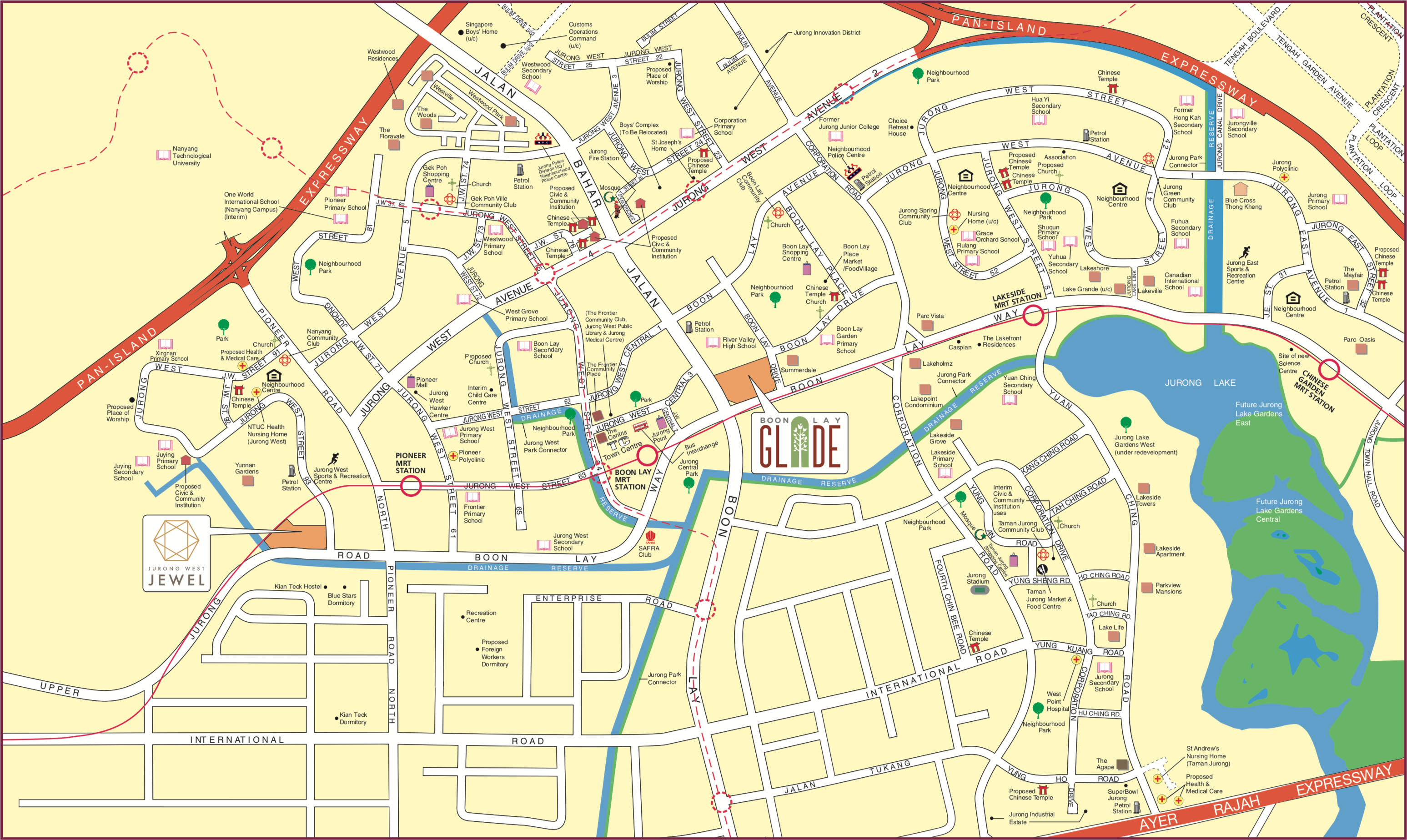 Even though the Jurong West area is well-established, the BTO estates here are still classified as a Non-Mature estate. Thus, would-be residents buying a 4-room or smaller flat and are below the income ceiling of $8,500 can receive the Special CPF Housing Grant.

Here are the starting prices of flats in these two Jurong West projects:

Around 770 flats will be available for balloting in this development, in all sizes from 2-room Flexi, 3-room, 4-room, 5-room flats and 3Gen.

As far as proximity to MRT stations go, this BTO development is pretty attractive. It is around 400 metres from Boon Lay MRT, and the adjacent Jurong Point, which has a wide range of food and beverage options, retail stores, a cinema and a 24-hour supermarket.

To get a dose of nature, there is Jurong Central Park just across the road, and the park also houses the SAFRA Jurong clubhouse.

The estate is roughly equidistant (2 kilometres) from both PIE/KJE and AYE, which provides good connectivity.

Around 590 flats will be available for balloting in this development, in all sizes from 2-room Flexi, 3-room, 4-room, and 5-room flats.

This development is about 500 metres from Pioneer MRT, which is not too bad, as far as access to a major MRT line goes. Jurong West Sports Centre is just one street away, which houses the large Jurong West Swimming Complex.

The neighbourhood Pioneer Mall is about 1 kilometre away, though residents could simply take the MRT to Boon Lay MRT and access everything it has to offer.

One thing that prospective homeowners might need to consider is the fact that across the road lies the Boon Lay industrial area, which might not be great for aesthetics and noise.

On the hand, a flat here might prove to be highly-sought after by renters after the 5-year MOP. The close proximity of Nanyang Technological University is also another plus point for families with would-be undergraduates or those looking to rent out their homes.

This development is about 1.75 kilometres from PIE/KJE and AYE.

Location: Next to Thanggam LRT Station. 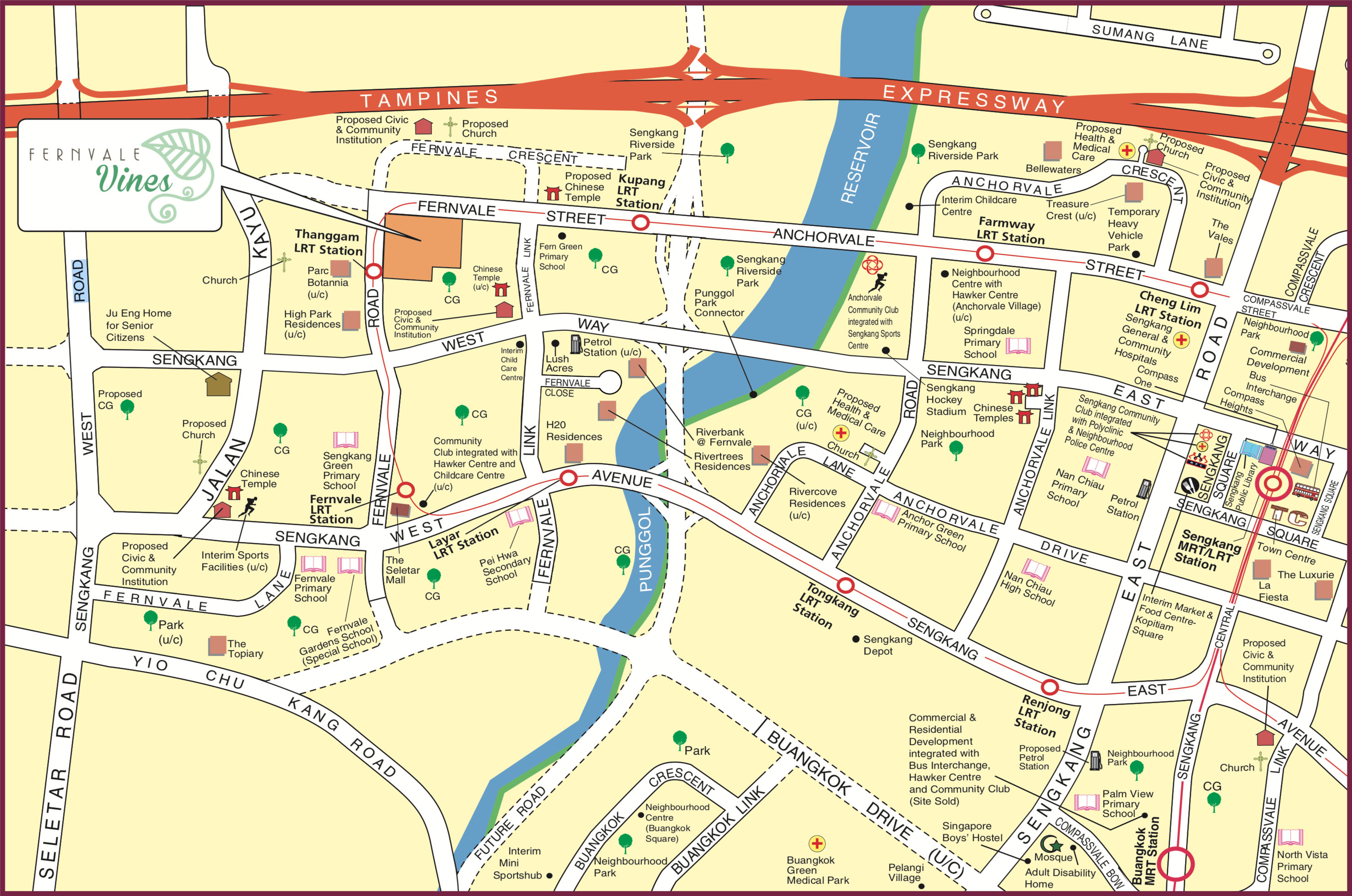 Around 930 flats will be available for balloting in this development, in all sizes from 2-room Flexi, 3-room, 4-room, 5-room and 3Gen flats.

As Sengkang is classified as a Non-Mature estate, homeowners buying a 4-room or smaller flat will be able to receive the Special CPF Housing Grant, subject to an income ceiling of $8,500.

Here are the starting prices of flats in this Sengkang BTO project:

Sengkang is a new town that has seen a steady stream of new BTO developments each year, and with it, greater amenities for existing residents. Today, a fully-functioning LRT system runs around the estate, connecting residents to the Compass One shopping mall, Sengkang General Hospital, Sengkang Polyclinic, and plenty of schools dotted all around Sengkang, including NTUC First Campus My First Skool’s 2,500 square metre mega pre-school.

This BTO development is situated next to Thanggam LRT station, which is 4 LRT stops away from Sengkang MRT station.

In terms of recreation, Sengkang Riverside Park is 750 metres away, and the large Sengkang Sports Centre is about 1.2 kilometres away.

For drivers, the location gives convenient access to TPE, which is just 850 metres away, and Central Expressway (through Yio Chu Kang Road), which is about 3 kilometres away. 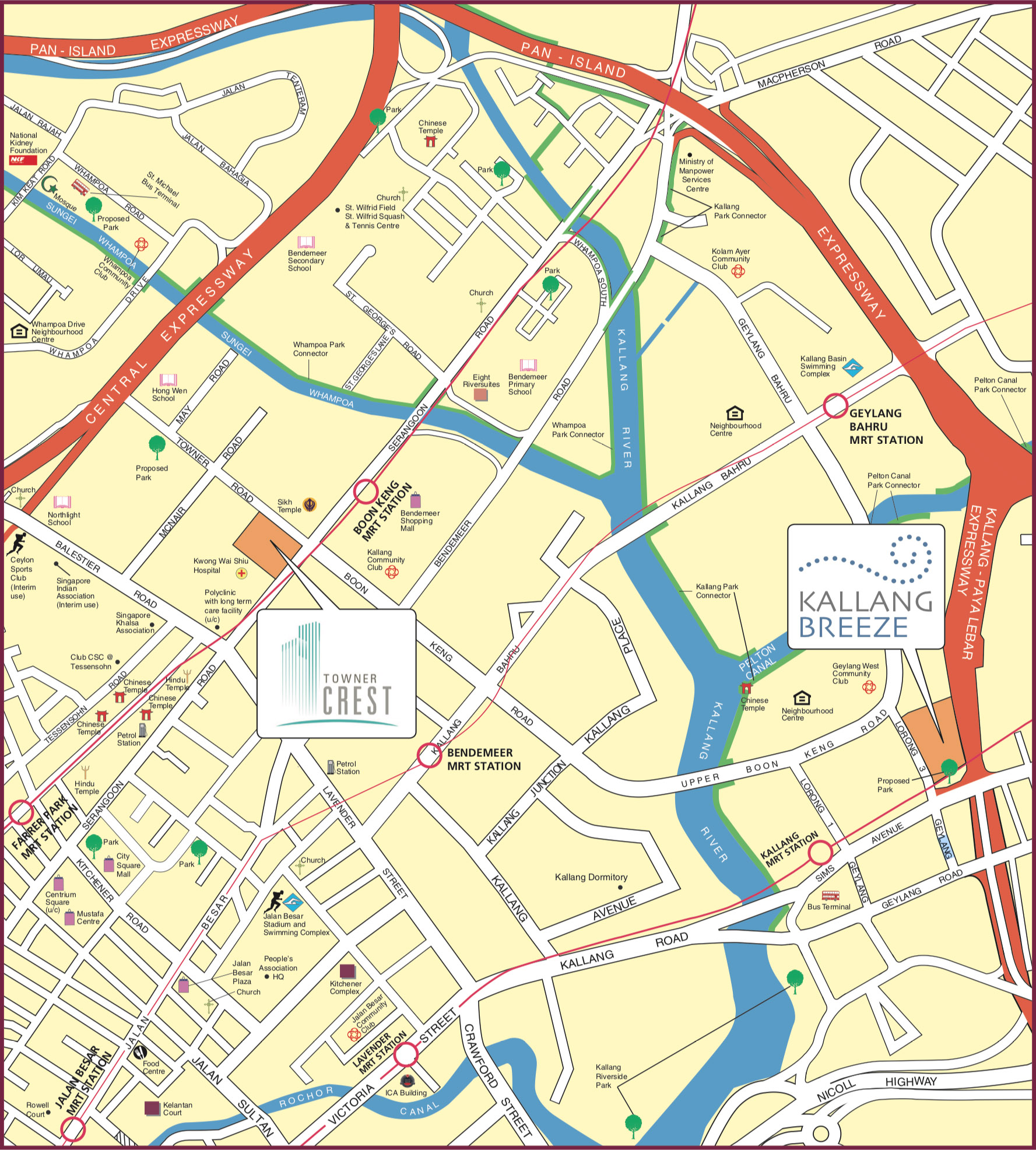 Just when you thought there aren’t any new locations in the central part of Singapore, the folks at HDB (pleasantly) surprises Singaporeans. In this sales launch are two modestly-sized developments in Kallang/Whampoa in 3-room and 4-room sizes.

Here are the starting prices of flats in Kallang and Whampoa:

If you look at rental and sales prices of HDB flats in the Boon Keng area, you’ll understand why the expected asking price is more than double compared to similarly sized flats in other areas. This development is also next to Kwong Wai Shio, a community hospital.

While there aren’t large shopping centres nearby, there are plenty of eateries, a community centre and parks nearby. However, the real draw is the fact that the estate is located in the heart of Singapore. The nearest MRT station, Boon Keng, is just 3 stops away from Dhoby Ghaut, which in turn is 2 stops away from Orchard.

Situated one street away from Kallang MRT, this development is also another that is expected to be hotly in demand. Kallang MRT is 2 stops from Bugis, and 3 stops from City Hall MRT. Convenience and centrality is what you’ll be paying for, since there aren’t much amenities you can expect to find around the area.

There are park facilities along the Kallang River, which is great for jogs and strolls, as well as the Geylang West Community Club.

Drivers would enjoy fast access to KPE, CTE and Nicoll Highway, though traffic is known to be heavy during peak periods.

Maximise The Grants You Are Eligible For

As mentioned, before applying, you should be aware of the various grants that you may be eligible for, since the selection of your flat may affect the amount of grants that you are entitled to.

Understanding How Much Accrued Interest You Have To Pay: 4 Common Scenarios Most Singaporeans Will Face When They Own An HDB Or Private Property
How Much Can You Save For Your Retirement If You Opt For A 4-Room BTO Flat Instead Of A 5-Room Flat?