Grew Up In The 1990s? Here Are 11 Childhood Items You Might Own That Fetch A Much Higher Price Today

Time to check if your storeroom is actually a treasure trove. If you grew up in the 80s or 90s, you know that playtime revolves around playing with toys that gave us hours of entertainment and fun. Growing up with the basics is a stark contrast to the young children of today who own electronic devices.

Some of us might still be resisting throwing away any of our childhood toys because we have grown to become emotionally attached to them, so it does not matter even if the toy is broken or on the verge of breaking. For men, this could be your Nintendo consoles and Lego bricks, or for the ladies, it could be a My Little Pony figurine or a Polly Pocket set.

If you could never bear to throw out any of your toys, or even the containers used to store your candy or drinks, you will be happy to know that some of these items that you still keep might be worth much more than you think. If your item is a limited-edition piece, it could even fetch a higher price because it is incredibly rare to find an old toy in its original condition.

Check out these 11 childhood toys and items that you might still have in your home. 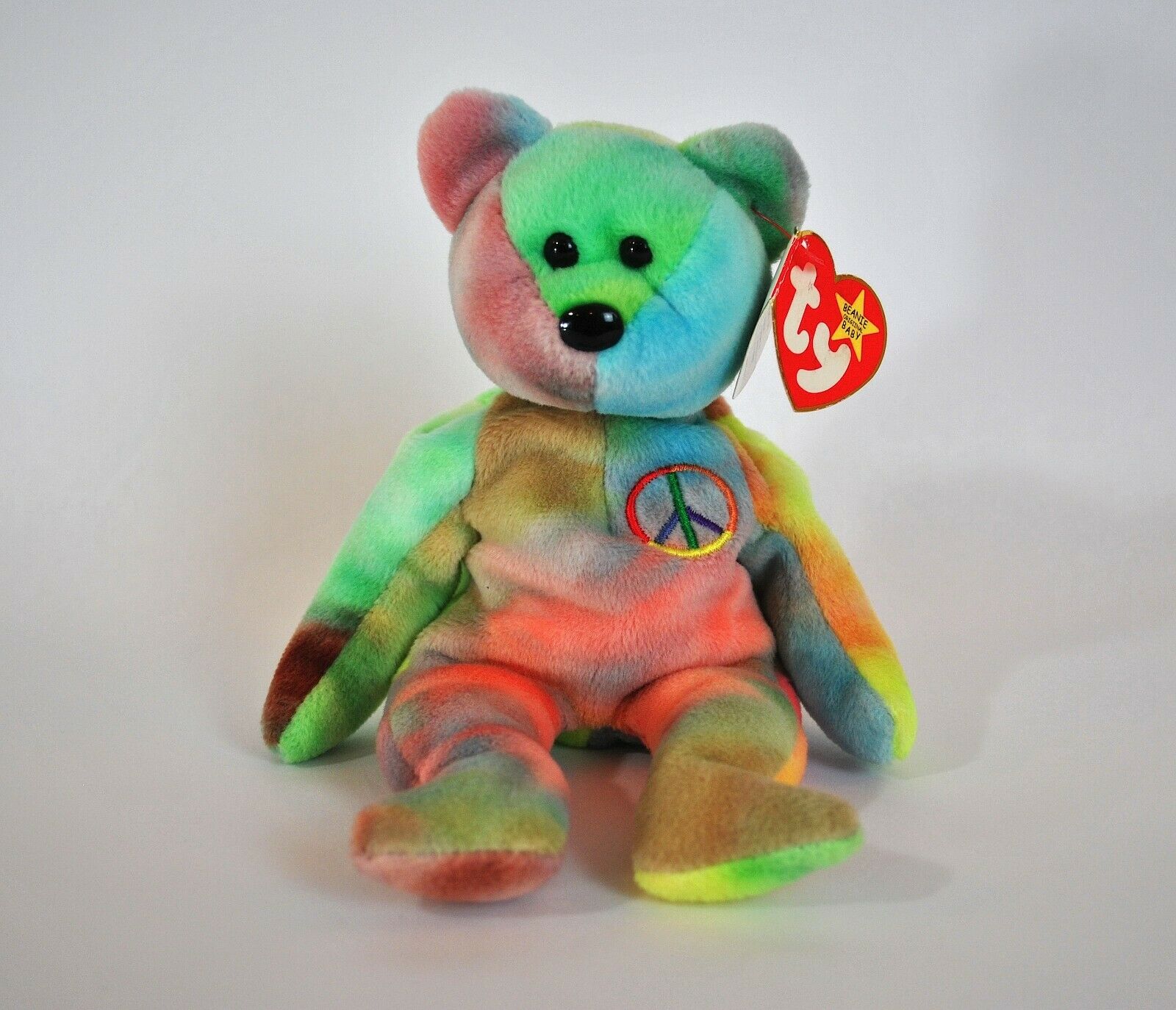 Beanie Babies were commonly sold in toys stores around Singapore, including the Singapore Zoo. In the 1990s, certain designs were only released for a short period, or in limited quantities.

It was not uncommon for Ty Inc., the company behind Beanie Babies, to accidentally ship out Beanie Babies with defects, such as a misspelling on the tag, or an extra embellishment on the tag. These defects made some Beanie Babies extremely special, which drove their prices up.

One of the most valuable Beanie Babies today is Peace Bear, which was introduced to the market in 1996. It is the first Beanie Baby with an embroidered emblem, and because the cloth is a tie-dyed pattern, there will never be two identical Peace bears. 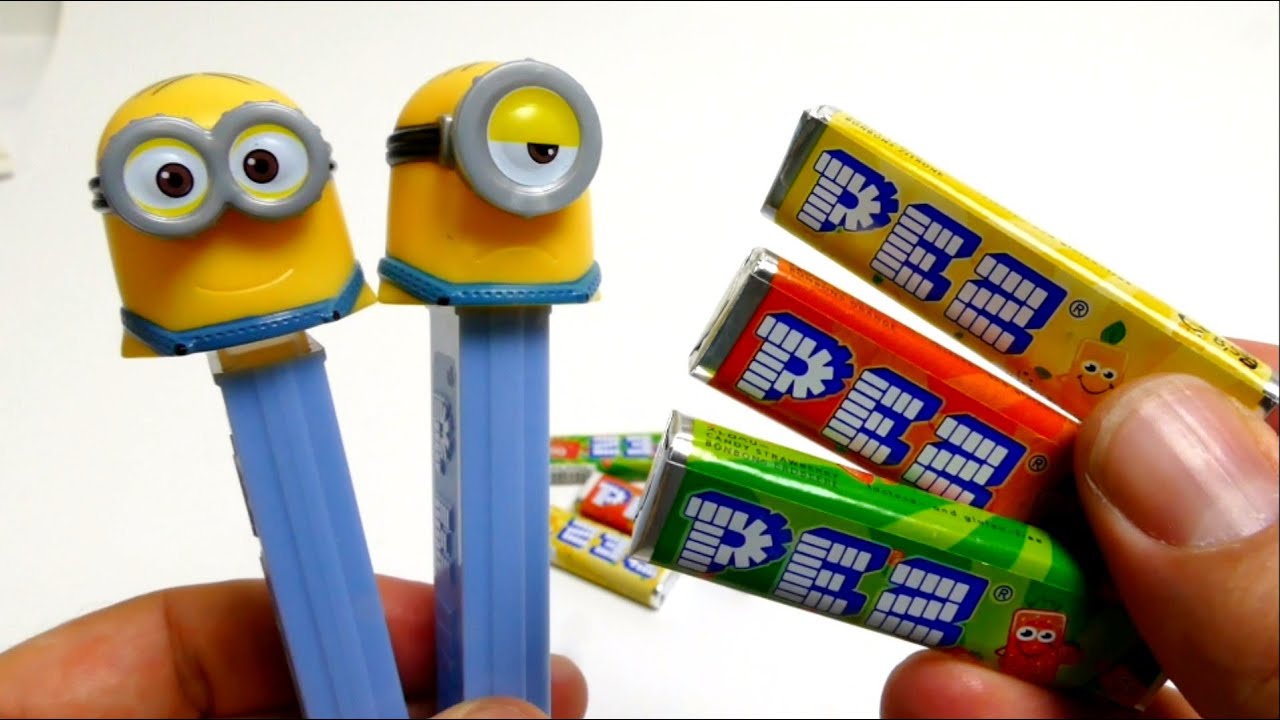 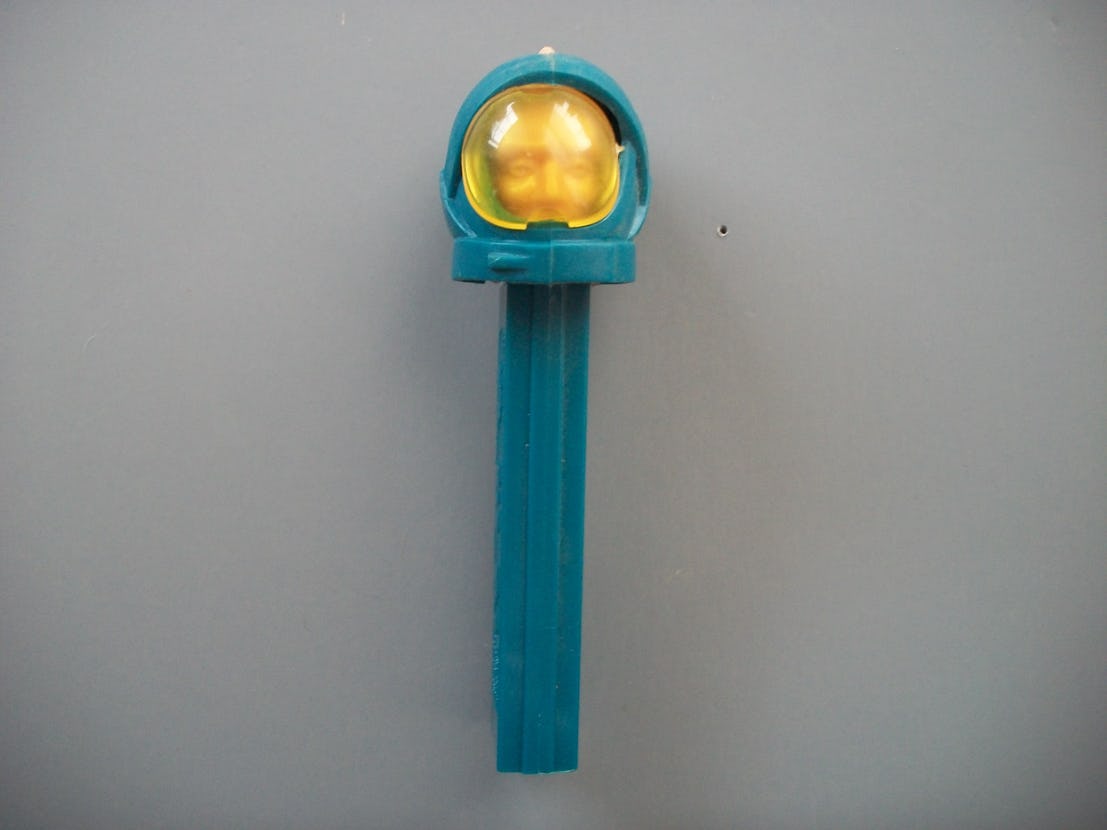 Every 90s kid should have owned, or at least was aware, of the existence of Pez. Pez dispensers have an incredibly distinctive look and removing candy from one of these dispensers was like pretending to eat medication. There are more than 20 flavours available, such as cherry, lemon, and sour watermelon — all of which remain a hit today.

According to eBay, the superheroes series released before 1990 are one of the most valuable, along with the Mickey Mouse design. Do note though, the Mickey Mouse should come without feet, as those with feet are recent releases.

The “Astronaut B” candy dispenser pictured above is one of Pez’s most unique. Introduced to the market in 1982, the green astronaut (“Astronaut G”) sold in 2006 for a whopping $44,500. Even though the comic is still in publication today, the older comics dating back to the 80s and 90s could be worth more than the price you bought them. After all, there are many book enthusiasts and vintage collectors out there willing to pay a price to get their hands on your book.

A closer look at the older versions will also reveal that the characters have a less “digitalised” look, a trait that most illustrations in older books have. This hand-drawn feel makes vintage books special, and on Carousell, certain volumes or limited-edition releases of Lao Fu Zi have an asking price of $20.

Read Also: 3 Unconventional Ways To Save and Earn Money Lego sets are probably one of the most gender-neutral toys out there, which explains why they exploded in popularity in the 1990s when the iconic sets were released. Some rare Lego sets from the 90s include the 6090 Royal Knight’s Castle, the 6271-1 Imperial Flagship, the 6375-1 Trans Air Carrier, and the 6278 Enchanted Island.

Finding any of these sets in pristine condition can be a huge challenge, and you’ll probably never get to see the exact version released again. On eBay, the Enchanted Island set costs as much as $1,500. 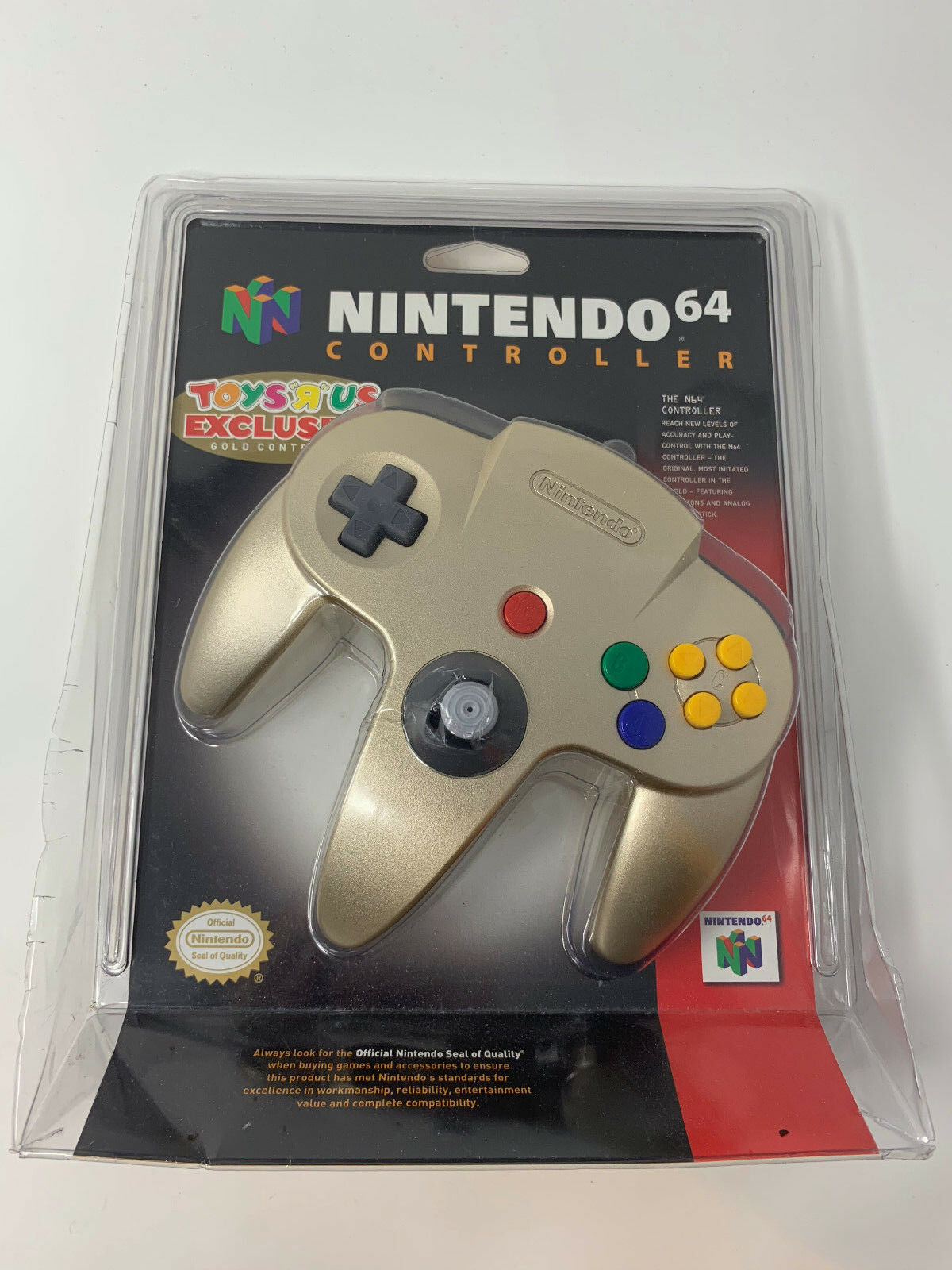 Before the existence of DOTA and League of Legends, sitting cross-legged and clutching on to a handheld game console was what most 90s’ kids would do. While you were busy button-smashing your Nintendo 64 or the neighbour’s Sony PlayStation, little did you expect that the value of your game console is now worth a few times more than the price you bought them.

A Nintendo 64 Gold controller can be sold for more than $700 today. Even a Mario Kart archival case which stores the Mario Kart game for the Nintendo 64 is listed for about $4,000 on eBay. 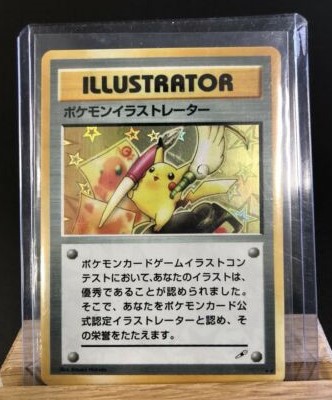 If you were a Pokémon fan in the 1990s, you should know that owning one of the uncommon cards made you a popular kid in school. Today, some of the rarest Pokémon cards include the Pikachu Illustrator and the Tropical Mega Battle.

An ordinary Pokémon card is worth a few dollars at most — but a rare Pokémon card can command a starting selling price of a few thousand dollars. The number 1, 2, and 3 trainer cards are virtually priceless because they are incredibly rare that owners are often unwilling to sell them. 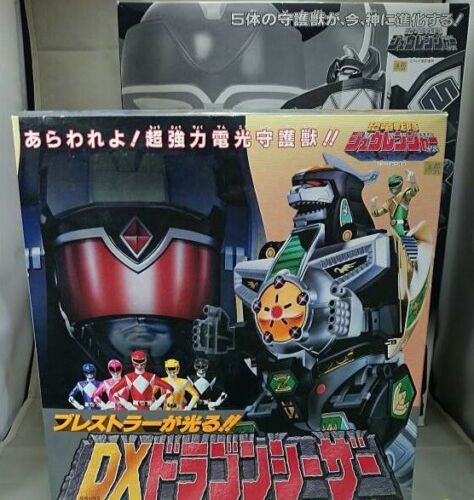 It was a common sight to see advertisements on television promoting the latest Hot Wheels figurine or Gundam character. The playsets were extremely versatile, as you could mix and match the characters between playsets, or display figurines in a glass shelf for memory’s sake.

Certain series have already been discontinued, which have caused their prices to skyrocket in the last 20 years. For example, the 1990 Gundam Samurai Castle Playset is now worth $680 on eBay, while the 1990s BANDAI Kyoryu Sentai Zyuranger Power Rangers is now worth more than $2,500. 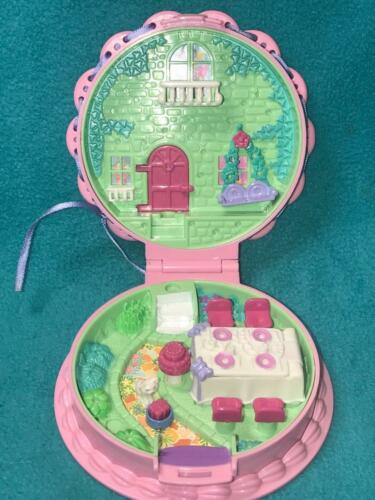 Launched in the late 1980s, the “Pocket” in Polly Pocket is because the dolls came in pocket-size cases. In the 1990s to early 2000s, Polly Pockets were as popular as Barbie dolls and were a hot topic of conversation among Primary School girls. These toys were discontinued in 1998 but have been relaunched in recent years.

Today, those sold in the 1990s are worth a few hundred dollars. For instance, the Polly Pocket Birthday Party Cake set is available on eBay for $200. In other sites, Polly Pockets which are in perfect condition can command an asking price of up to $2,000.

Read Also: How Do Budget Shops Such As ValuDollar Earn Money If Everything They Sell Is So Cheap? 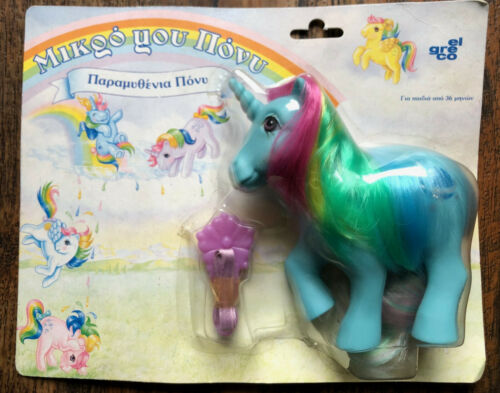 My Little Pony was so popular in the 1990s that it even got its own line of books, TV series, and movies. Thanks to their unique hair colour and embellishments printed on the side, some ponies have become prized collectables. 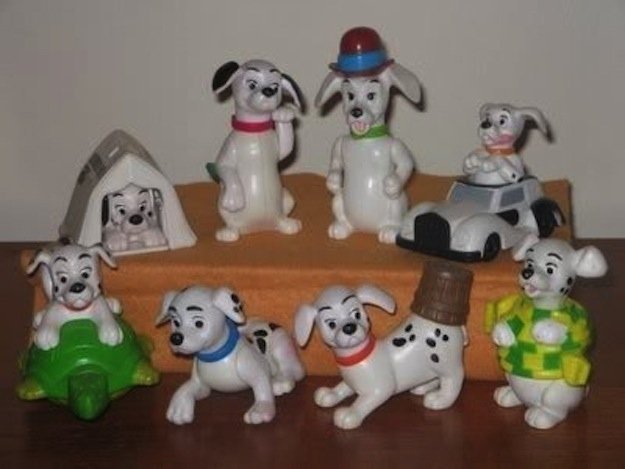 We all know that we used to order McDonald’s Happy Meal not for the food, but to get our hands on the toy that came along with it. In the 1990s, McDonald’s Singapore introduced a variety of toys to go along with their Happy Meals, which included the McDino changeables in 1991, Sonic handheld games in 1993,  101 Dalmatians back in 1997, and not forgetting the Hello Kitty plushies in 1999.

These Happy Meal toys might not be worth in the hundreds, but there is always someone out there willing to pay good money for your vintage Happy Meal toy. 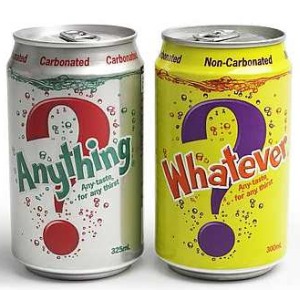 ‘Anything’ & ‘Whatever’ drink cans (Source: Weekender)

This can range from vintage Coke bottles to Kickapoo cans. Who knows, for extinct drinks such as ‘Anything’ and ‘Whatever’, the cans might be worth a fair bit for the vintage collector. On some sites, the 1990s “Christmas Around The World” Coke set (6 bottles) is worth $70 today.

Read Also:How Much Money Can You Save By Choosing House Brands Over Name Brands

Telling The Treasure From The Trash

If you keep any of the items listed above, you could potentially own something valuable, and even rare. In this day where online shopping is the norm, there is bound to be an avid collector or vintage enthusiast willing to pay a high price for your item. If you are willing to part with your item, you can put it up for bid in an auction or sell it online.

Not every toy or item is worth a lot of money. There are certain conditions that must be met. Usually, they must be rare, still in pristine condition, and usable to fetch a higher selling price. If you do not know if the item you own is valuable, head to your nearest secondhand store for a quotation or check on Google if your item is in high demand.

With that said, it is time to rummage through your toy box!

I Volunteered To Go To Funan Mall: Here Are 4 Ways You Can Stretch Your Dollar (Or Not Spend Any Money At All)
[Price Guide] Here’s How Much You Need For A Wedding In Singapore (Plus Lower Cost Alternatives)