They try to make financial planning more complex than what it actually is. 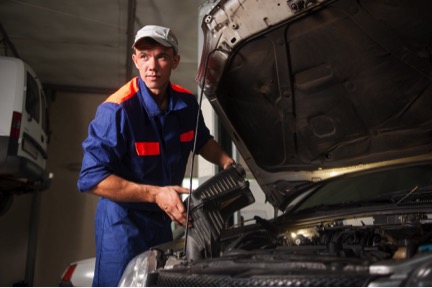 I think the person best qualified to manage your money is you. That’s the philosophy behind Stansberry Churchouse Publishing: To help give you — our readers and subscribers — the tools and insight to make better financial investment decisions.

And as part of this, we want to help you avoid the car mechanic syndrome.

The financial-industrial complex is my name for the vast web of interests eager to get their hands on your cash and “help” you invest it, from the mainstream financial media to private bankers and “financial advisors” to policymakers who let those guys have their way with your money. Its purpose is to separate you from your money. An important part of that is to make finance and investing sound more complicated than it really is. I call this the car mechanic syndrome.

The car mechanic syndrome is what happens when someone who knows nothing about cars (like me) goes to a mechanic when the car is making a funny noise.

“Can you tell me what’s wrong with it?” you ask.

You want to be sure that your car isn’t going to self-destruct. You want it fixed quickly, and you want to be on your way.

After popping the hood and casting his master eye over its contents for a few seconds, the car mechanic tut-tuts.

“When was the last time you brought this in for a checkup?” he asks with an arched brow. “Umm, I’m not sure,” you stutter back. “Well, it looks like your carburetor lower incisor has a myocardial fibrillation, and we’ll have to drain the accelerator abscess and replace the dynamical half plug,” he says.

Well, he doesn’t say that, of course, but he says something that means about as much as that to you.

You nod glumly. And $2,000 later, you’re on your way, with a severe case of car mechanic syndrome: You’ve been fooled by an “expert” into overpaying for a service that’s should be a lot simpler, and less expensive, than you’ve been led to believe. But because you don’t have the time/money/inclination/desire to learn more about that service to be able to have a conversation “as equals” with the “expert,” you continue to not understand, pay up, and move on. That’s a recipe for a lifetime of being ripped off by car mechanics — and financial advisors.

The only person who will protect you is…

You. In brief, this is how the financial-industrial complex operates… first they confuse you, then they concern you, and then they overcharge you. Every penny that you give to a private banker or asset manager — in the form of fees and expenses and loads and wraps and other fancy-sounding structures that the financial industry comes up with — is one less penny that can work the magic of compounding for you. And it’s one less penny that can go towards your retirement or your kids’ education or that new flat.

Some people think that their financial advisor is duty-bound to recommend only the best and most appropriate financial instruments or investments. But that’s generally not the case. Financial advisors in most markets are only required to offer you products that are “suitable” — but they’re not legally required to put your interests first (read more about this important distinction here). And as I’ve written before, the best person to take care of your money — the only person who will look after your financial interests as if it were their own money — is, well, you.

That’s not to say that there’s no role for others to help you with figuring out what to do with your money, and how to make it grow. The best source of insight is people who know what they’re talking about, provide unbiased and honest insight, and who have no incentive to guide you toward any one vehicle or another — and who are interested only in helping you make better financial decisions. (Like us, for example.)

There may, in fact, be a role for a financial advisor or private banker in your financial life — if for no other reason than to listen to what they have to say. Many of them are smart, experienced people with real insight on investing. The problem is that they make money when they take some of yours.

So the decision to let someone else — whether it’s a private banker or investment advisor or someone similar — is a big one. (Again… I firmly believe that it’s a far better idea to figure out your own finances. But I know that isn’t an option for everyone.) So to cut the chances that you suffer from car mechanic syndrome, I’d suggest you ask these three questions of him or her:

# 1 How do you value a financial asset?

Of course, this is the story of finance… it’s a hugely broad question. It’s like asking a religious person to dis/prove the existence of a greater being. But the point is to see how she or he responds — and, most importantly, whether you understand the response. Remember how my car mechanic’s insight about what ailed my car sounded to me? It sounded like verbal garbage. If your potential financial advisor sounds like that, you should take your money elsewhere. If you don’t understand him now, you’re not going to understand him later… and if you don’t understand him, you’ll wind up paying dearly for your ignorance. (Similarly, if your financial advisor ever pitches you an investment idea that doesn’t meet the crayon test, walk away.)

# 2 How many bear markets have you experienced in your investment career?

Would you take advice from a marriage counselor who’s never been married? Or be the first patient of a just-out-of-school dentist? Or listen to a lawyer who’s never practiced law? Of course not. For the same reason, you should think long and hard before letting someone who’s never experienced the violence of different market environments manage your money. Stressful situations involving money — yours and especially others’ — can bring emotions into play in a way that can be destructive to your personal wealth (get our free report about how to keep your emotions out your money here). If you’ve never been through a real bear market before, you don’t know what to expect. You don’t want your money to be in the hands of the financial equivalent of a surgeon who’s never operated on someone before.

At Stansberry Churchouse Research, my colleague Peter Churchouse and I have plenty of battle scars between us. Peter has worked in finance and real estate in Hong Kong since the early 1980’s. He had a front row seat to countless regional booms and busts, the Asian Financial Crisis, SARS… you name it. Me? I had a front row for the 1998 financial crisis at a bank in Moscow when the market fell 93 percent… and a decade later, I was running a hedge fund right into the global economic crisis.

Many investment advisors are paid — either directly or indirectly — on a commission basis. That means that they make money only if you buy or sell (and, in particular, if you buy high-priced specialised vehicles called by a fancy acronym — see below). But as we’ve written before, often doing nothing is the best thing to do. If your financial advisor — who after all also has to put chicken rice on the table — only makes money if you do something, you’ll wind up buying and selling a lot more than you should. Instead, find a financial advisor who is paid based on your total assets, or a flat fee. That means s/he won’t be incentivised to put you into vehicles that don’t make sense for you (but which generate lots of fees for him), or to buy and sell a lot more than you should.

(Here at Stansberry Churchouse Research, we take no commissions for anything and we get no kickbacks from anyone. We’re here to serve our readers and no one else. If we recommend a service, it’s because we believe it will make you money – not because we’re making money for recommending it to you!)

If your financial advisor ever recommends an asset that’s described with some kind of fancy acronym (like, for example, BCTTLIHIRSSN, which stands for Bermudan Callable Three Times Leveraged Inverse HIBOR in-arrears Resettable Step-up Snowball Note), run away, fast. (Tama recently wrote about this in the derivatives world, here.) No matter how good it sounds, you can bet that it’s designed to separate you from more of your money, faster, than anything that isn’t described by some kind of new acronym (which you can bet was devised by a well-paid team of marketers).

Taking your car into the repair shop is much like investing; the more you know about the topic, the less money you’ll likely spend. One of the key objectives of Stansberry Churchouse Publishing is to help individual investors help themselves. For example, see our personal finance section, and our investment glossary.

If you’re ready to step up, click here to become a charter subscriber to our exclusive investment research product, the Churchouse Letter. Our subscribers pay less than the price of a couple bottles of decent wine for their year-long subscription to The Churchouse Letter. If they don’t like what they see they can have their money back, no questions asked, in the first 30 days.

Read Also: Should You Follow The Financial Advice Given By These Gurus?

Should You Renew The COE For Your Off-Peak Car?
How Much Impact Does Terrorism Have On The Stock Market