Since Singapore is an important financial hub for Asia, it makes sense that you would want to consider investing in these stocks. 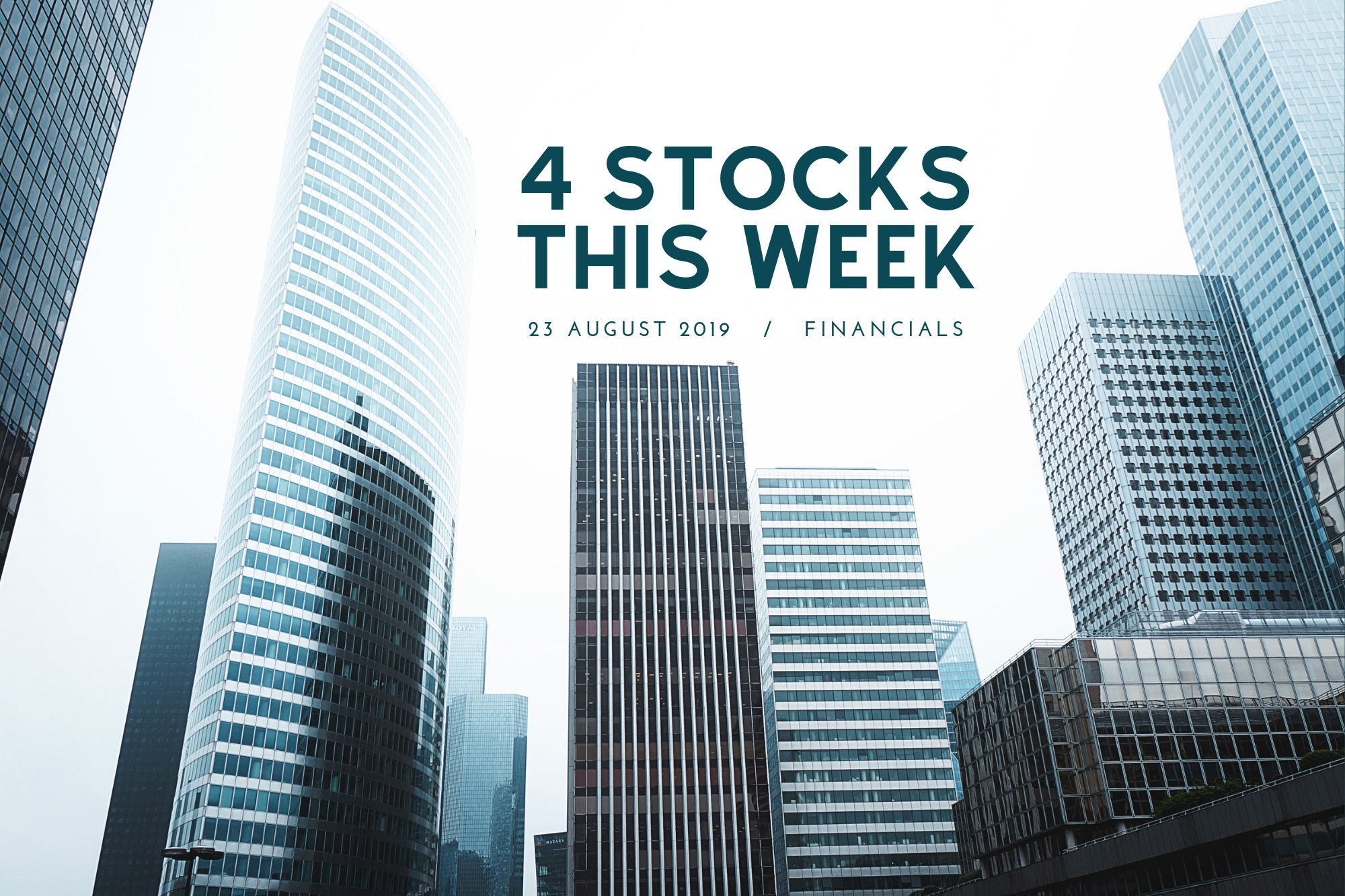 In spite of the global uncertainty due to the US-China Trade war and the Hong Kong protest, 2019 has been a good year for most major stock market around the world. Singapore’s three local banks, DBS, OCBC & UOB have remained strong in spite of what appears to be future competition with up to five new digital bank licenses to be issued by the Monetary Authority of Singapore (MAS).

As observed by SGX’s Market Strategist Geoff Howie, all three local banks are maintaining an indicative dividend yield above 4.0% and averaging a 9% year-on-year net profit growth for the 1H2019.

In this week’s edition of 4 Stocks This Week, we take a look at notable developments for each of the three local banks as well as iFAST Corporation, a popular wealth management fintech platform based in Singapore.

Since breaking the $30 level in April 2018, DBS has retracted and is currently trading at a 52-week high/low range of $28.64 to $22.65. The company continues to deliver solid dividend yield and profits to its shareholders.

On a side note, those of you who watch the National Day Rally earlier this month would have noted that DBS received some love from Prime Minister Lee Hsien Loong. That wouldn’t hurt.

With a market capitalization of $45.9 billion, OCBC is Singapore’s second largest bank, and also the second largest in South-East Asia, trailing only DBS.

Its current share price of $10.63 is a decline to where it was at the start of the year ($11.10). Currently trading at a price-to-book value (P/B) of 1.02 and a P/E of 9.84, many Singapore investors may find its current price attractive. The Fifth Person wrote about OCBC 2 months ago, observing that both its P/E and PB ratio are significantly below the bank’s 10-year average.

Read Also: 3 Ways The Digital Business Dashboard By OCBC Has Helped Us Manage Our Business

UOB trails both DBS and OCBC with its market capitalization of $41.4 billion. Its share price for the year thus far has remained flat, starting at $24.31 at the start of the year and currently at $24.65. Its indicative dividend yield is at 4.2%, slightly lower than both DBS and OCBC.Valuation wise, UOB is currently trading at a P/E of 10.1 and a P/B of 1.05.

On Friday, UOB opened a branch in Hanoi, its first in Vietnam outside of Ho Chi Minh city.

Before the word Financial Technology (FinTech) was even coined, iFAST was already working on integrating technology in finance.

Since starting in 2000, it has been popular with many savvy Gen Y investors. iFAST is a wealth management FinTech platform that provides investors with direct access to mutual funds, ETFs, insurance, individual stocks and even robo-advisory services. Besides its investment services, the company also produces its own research, organizes its own investment seminars and continues to innovate on new products and markets.

Besides Singapore, the company is also operating in Hong Kong, Malaysia, China and India.

Similar to most other technology company, continuous growth and investment in technology would remain critical for the future growth of the company. It was also reported last month that the company is keen to pursue a digital bank license in Singapore. The company is currently trading at 28.4X P/E.

Read Also: Fundsupermart Is Making Big Waves (Again) With FSMOne, And History Is Repeating Itself

If you like to read up more about how profit growth for the local banks have helped sustained their dividend yield, you can read the SGX market updates here.