Some people have asked whether we could elaborate some more on why they should buy or sell some of the stocks featured on our 4 Stocks This Week column lately. We just want to reiterate that this column is not meant to get people to buy or sell these stocks, it is merely meant to feature stocks that have come to our attention and hopefully drive more interest in the local stock market.

If you have any stocks that you think are interesting and want to feature them here, do drop us an email or comment on this post on our Facebook page.

This Valentine’s week has brought greater cheer to the stock markets. A gauge of the health of world’s equities, the Morgan Stanley Capital International (MSCI) All-Country World Index, hit intraday record highs, as did the major benchmark indexes in the USA.

Over in Singapore, the Straits Times Index (STI) similarly continues to inch upward, hovering at its 52-week highs. This week, it remained flat, opening and closing at $3.12 on Monday (13 February 2017) and Friday (17 February 2017) respectively. For 2017, the STI remains in good health, increasing close to 8.0%.

In a past edition of our 4 Stock This Week column, we featured DBS, stating that its results release on 16 February makes it a prime candidate to be appear here once more.

DBS’ share price was at $18.91 at the start of the week and closed $0.31, or 1.6%, down at $18.60. Interestingly, its shares fell on Tuesday (14 February 2017) rather than when it released its below expected results on Thursday (16 February 2017). This is the date Oversea Chinese Banking Corp (OCBC) released its results, which were also below expectations. This shows how people can, and do, infer companies’ results based on its peers’ performances.

Also Read: Banks Are Cutting Jobs In Singapore, And Why These Jobs Lost Are Unlikely To Ever Return 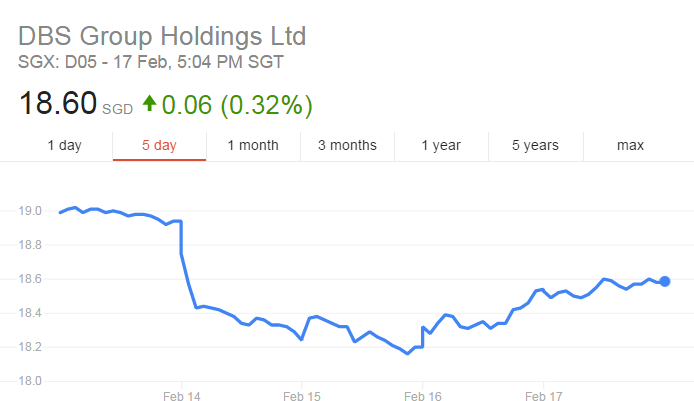 Parkway Life REIT appears on our list as they announced their acquisition of five nursing home properties worth close to $59.5 million in Japan on Friday (17 January 2017). These properties were acquired at a 9.1% discount to their valuations.

This is interesting as the REIT has, as recently as December 2016, divested four nursing homes in Japan at a price which was 4.8% above market valuation (at the time).

The important thing to note here is that this represents asset recycling initiatives of the management to ensure they realise good value when possible and acquire properties which are undervalued. Significantly, this acquisition will also allow it to break into a new territory in Japan, the Yamaguchi Prefecture.

On the downside, if this kind of buying and selling does not deliver good value down the road, it will only add an added strain on shareholders’ returns as they have to foot higher management fees commonly associated with transactions.

As the latest announcement was made on Friday after trading hours, Monday’s opening will reflect this new information.

Also Read: How REITs In Singapore Performed in 2016 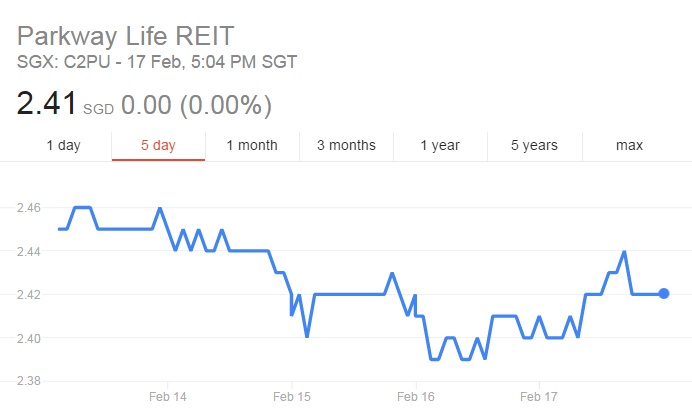 Investors have to consider whether its business expansion in China will pay dividends. As a way to gauge this, it has already done well in Singapore, and has turned in profits in its Hong Kong and Malaysia markets. It also has an Indian business which has managed to win business traction with assets under administration of close to $355.3 million there. If its China business flourishes, it could be a game-changer for the company.

Also Read: Fundsupermart Is Making Big Waves (Again) With FSMOne, And History Is Repeating Itself 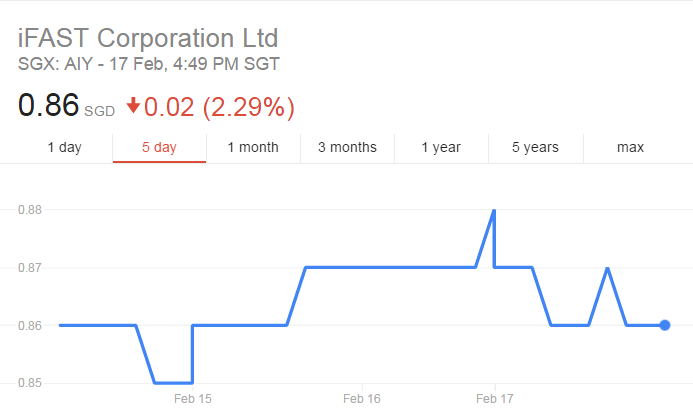 This was bolstered by the acquisitions of quality properties in Indonesia – Palembang Icon and Lippo Plaza batu – as well as positive rental reversions of its existing properties.

Owning 20 retail malls across Indonesia and seven other retail properties within other malls, LMIRT holds a diverse mix of malls in its portfolio. LMIRT’s properties are also well-managed with 94.3% of its space occupied. LMIRT’s current gearing of 31.5% is well under the 45% benchmark, which allows it to continue acquiring in the future. 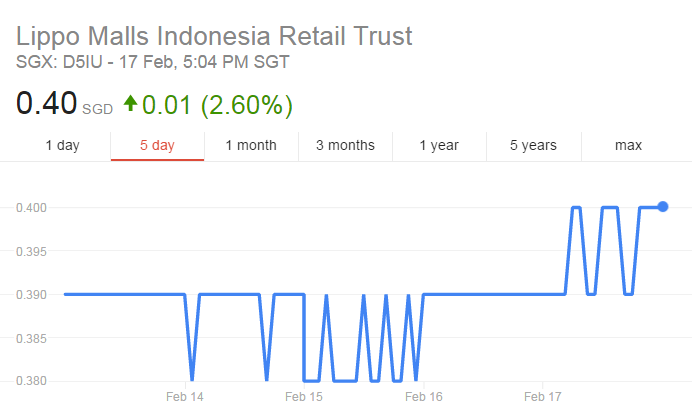