Have you ever been a victim of any of these actions? 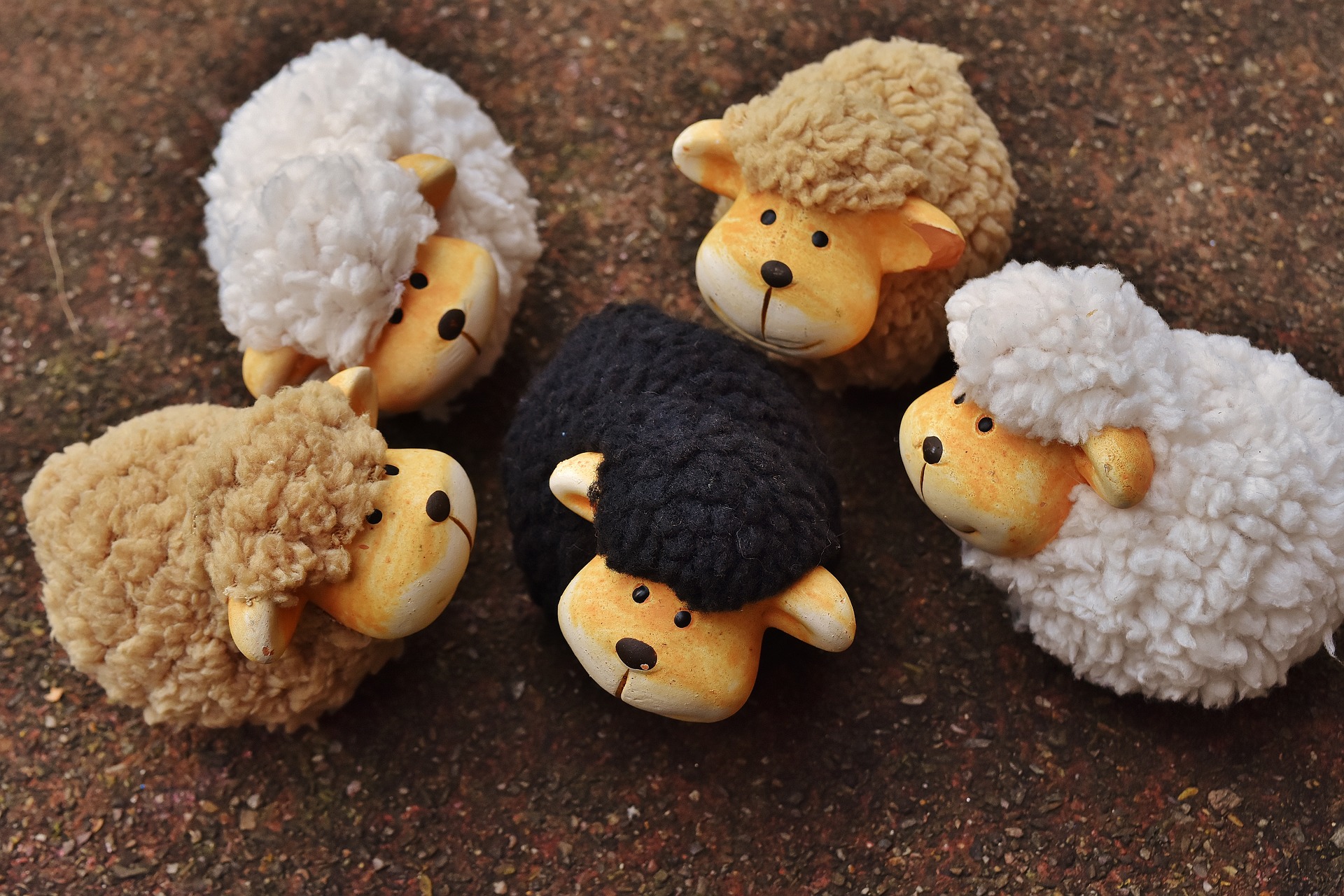 It’s fairly common to read about unethical actions in the financial industry. In fact, unethical selling of products driven by greed was what led to the 2008 Global Financial Crisis.

While there is no shortage of unethical behaviour in the financial industry, and impossible for us to be listing them all out, we believe it’s useful for Singaporeans to know about some of the more common ones in our country.

Churning refers to an action where finance professionals do excessive buying and selling of products for the sole purpose of generating more commission for themselves, with no clear benefits for the clients they are supposed to represent.

For example, an insurance agent who is aggressively trying to sell a policy to a potential client to replace a similar policy that the client already has can be considered as churning.

The reason for this simple: unless the new insurance policy brings additional benefit compared to the existing policy, there is no reason why a client should terminate his old policy to buy a new one. The only person who benefits from such a transaction is the insurance agent who is earning commission by selling the policy.

Here is a non-exhaustive list of some examples of churning from the Life Insurance Association. 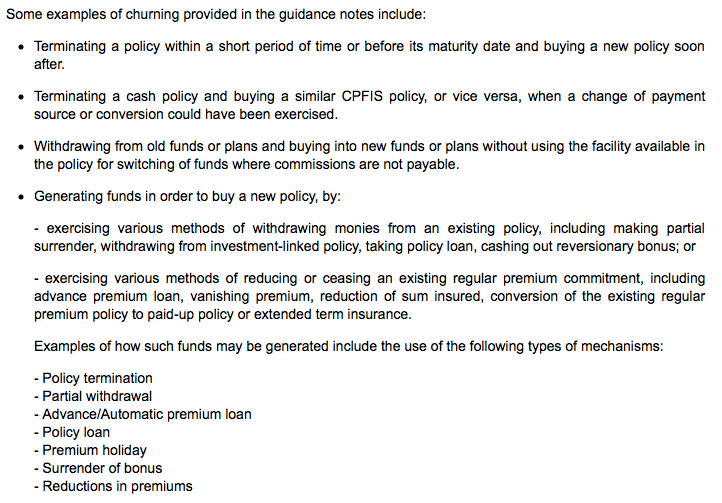 If you are interested to find up more about churning, you can read this report published by the Life Insurance Association (LIA).

If you meet an agent who claims that the policy he sells is “better” than the existing ones you have, be on your guard immediately.

We are not saying that an agent who advises you to surrender an existing policy to buy another one is definitely churning. It could very well be that the insurance policies you have are indeed unsuitable, and that an agent is giving you good and responsible advice.

That said, it doesn’t hurt to be aware of this practice. Make sure you ask sufficient questions and that you truly understand what you are currently lacking, and how the new policy being sold will benefit you in a tangible and significant way.

#2 Listing Properties They Are No Longer, Or Were Never, Available

To attract potential buyers, some real estate agents may deliberately list properties at an attractive, below market price. The only problem here is that these are listings that never existed.

For example, if a typical condominium unit sells for $1 million, an unethical agent may have a phantom listing to sell the unit for $900,000.

When a prospective buyer calls in to enquire about buying the unit, the agent tells the buyer that the unit is no longer available. The agent will then 1) try to sell other units that he has available or 2) offer to find units on behalf of the buyer at no extra cost.

The former allows him to earn commission directly from the seller. The latter allows him to receive a co-broking commission (more on that later) from another agent. In either case, the agent benefits because of the fake listing he puts out.

Co-broking is where two real estate agents come together to help an owner sell his property at the best possible price.

In Singapore, co-broking arrangement usually works in a way where commission is split between both agents. For example, if a seller has agreed to pay his agent 2% for the sale of a $500,000 property, the commission received $10,000 (2%) could be split two ways ($5,000 each) if the sales was done through a co-broke.

A co-broke deal usually means the seller’s agent gets less commission compared to a non co-broke sale. However, that’s a reasonable trade-off that agents accept because it’s not always easy for agents to be able to find the best offer for their clients without working with other agents. Unfortunately, not all agents see it that way.

Protect Yourself By Understanding Potential Conflict Of Interest Situations

Aside from the actions mentioned above, there are also many other scenarios where finance professionals do not behave in an ethical manner.

As consumers, we cannot prevent these things from occurring in the industry. However, by knowing these common actions, we could at least protect ourselves from becoming victims.

What are some other unethical behaviour among finance professionals that you have encountered? We will love to hear and discuss it with you on our Facebook page.