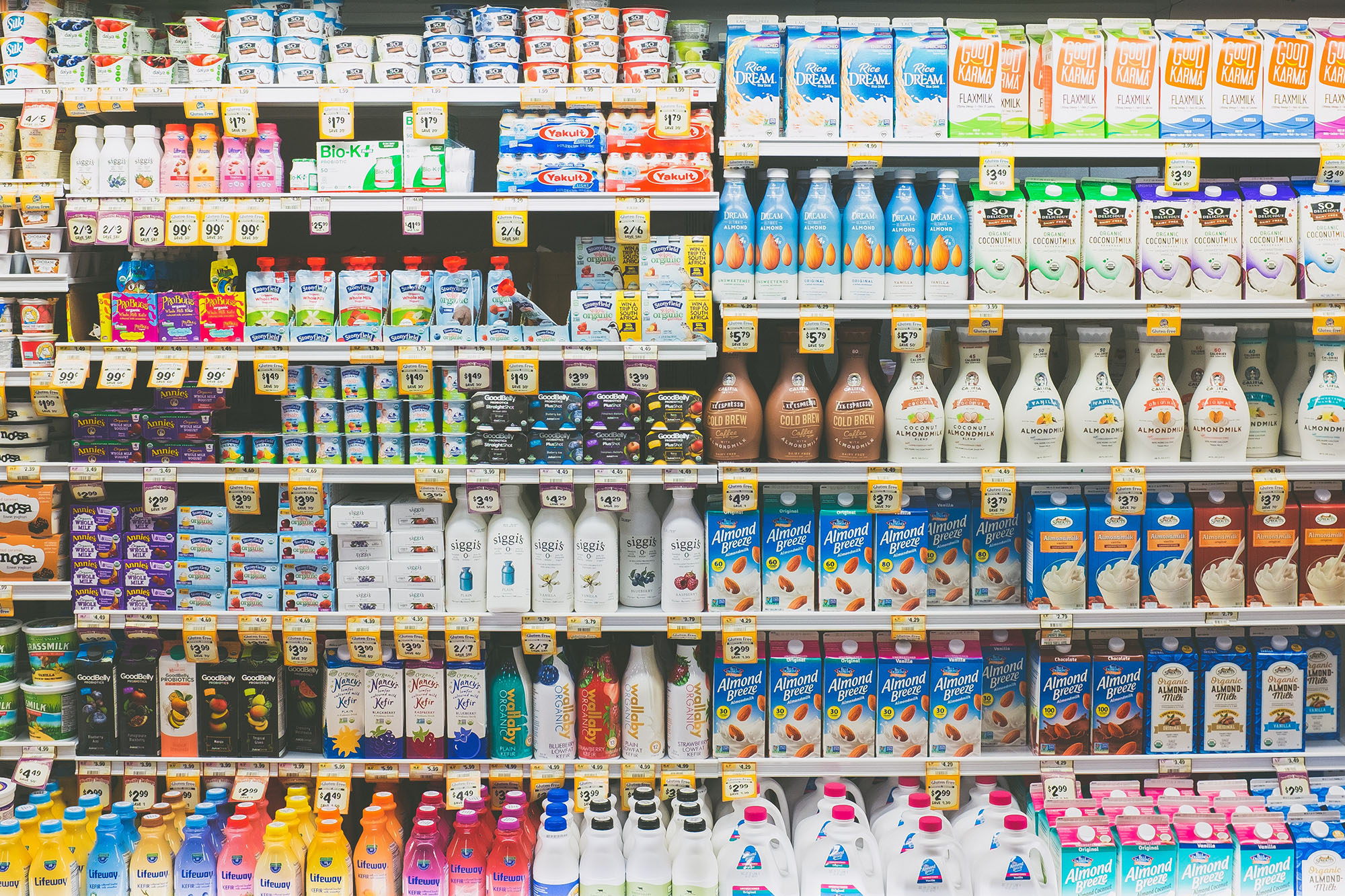 When the Suntory Tennensui Premium Morning Milk Tea first arrived in Singapore last year from Japan, it was swept off the shelves at lightning speed. This transparent beverage debut was quickly followed by Suntory’s Premium Morning Tea series, transparent coffee from Asahi, and most recently, Clear Coke from Coca-Cola.

The advent of transparent beverages in Japan reportedly stemmed from the perception that drinking flavoured drinks in a workplace setting was unprofessional. There was thus a strong demand for drinks that could be consumed discreetly at the workplace, which popularised transparent drinks.

So let’s explore why are Singaporeans willing to pay such a price premium for transparent drinks when we don’t have the same need the Japanese have for keeping up appearances at work.

How Much More Expensive Are Transparent Drinks?

The initial scarcity of transparent drinks in Singapore led to a ‘black market’ in online marketplaces like Carousell, with sellers charging exorbitant prices.

To give you an idea of the price markup, here’s a comparison between the prices of some of these transparent drinks when they were first available in Singapore and their conventional drink counterparts. Prices were accurate at the time of retrieval, and might have changed since. 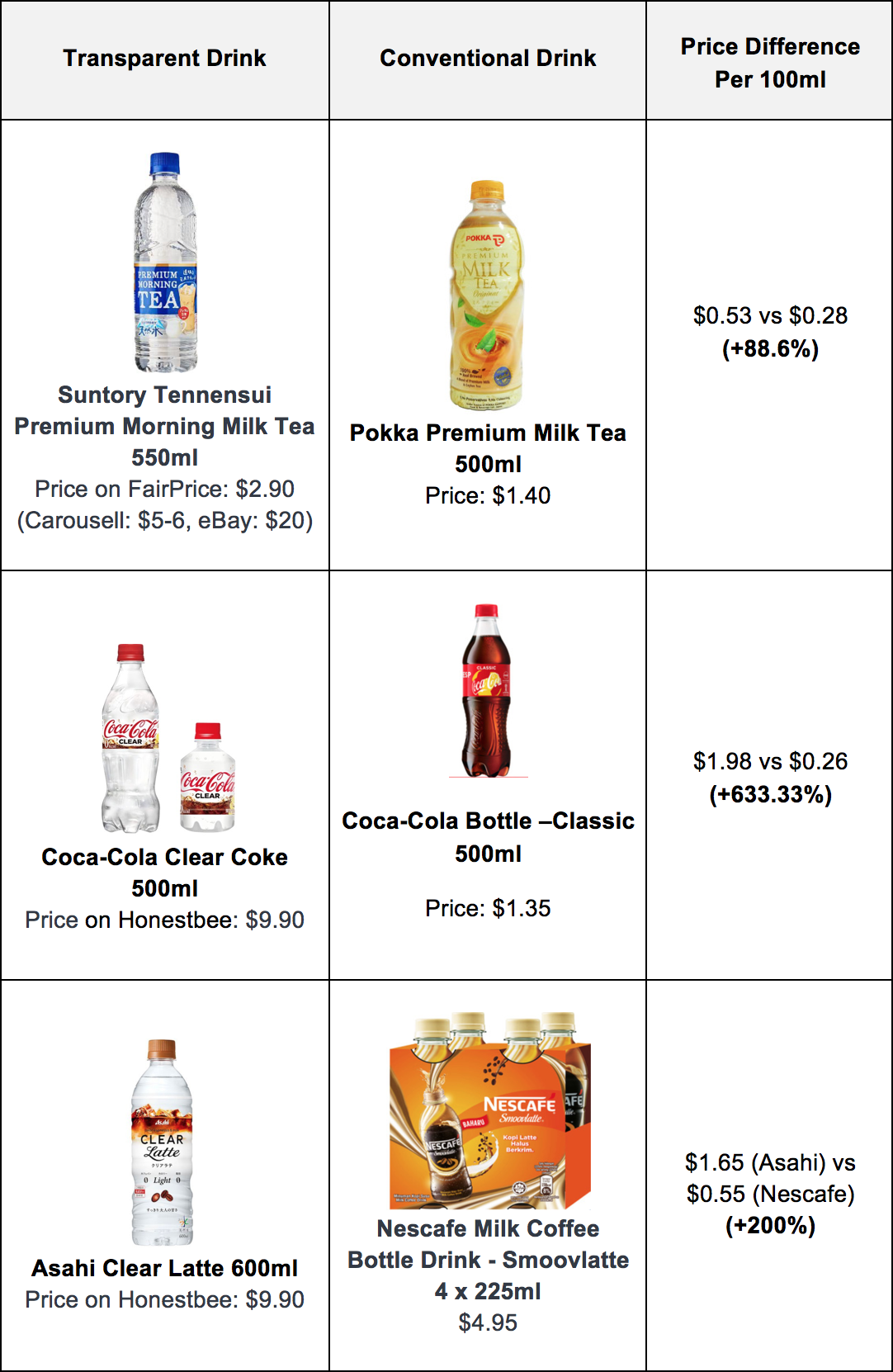 Prices for these drinks differ from conventional drinks by between 88% to more than 600%, just for being transparent. So why do we continue to buy them?

How can a bottle of crystal-clear liquid taste so much like fully-flavoured milk tea/coffee/coke? To further boggle our minds, these drinks claim to not contain any artificial flavours, with Suntory even releasing a video on how their transparent milk tea is produced.

Transparent drinks feed Singaporeans’ thirst to be the first to try every new fad and satisfy their curiosity on whether these drinks really deliver their promised flavours despite their clear appearances.

Other than being transparent, these drinks also make claims to be the healthier alternatives to our everyday favourite beverages. Suntory’s transparent milk tea is described as fat-free and low-calorie, while Asahi clear latte contains neither caffeine nor fats.

# 3 Jumping On The Bandwagon

From rainbow food trends to hipster food and drinks, Singaporeans’ affinity with all things ‘instagrammable’ is undeniable. There have been online ravings about such products that can be bought in Japan even before the drinks reached our shores.

The novelty factor in such unusual products drives these popular trends as many flock to get their drinks ‘for the gram’, allowing them to be part of the conversation in the latest trend of colourless drinks that deceptively looks like plain water.

Read Also: Taiwan Milk Tea Craze: Are S’poreans Paying Too Much For Chun Cui He?

Don’t Judge A Drink By Its Colour

Before we dismiss such transparent drinks as just a passing fad, fans of them swear by the flavours that these beverages deliver, albeit with a slightly watery consistency compared to the milkier texture we find in regular milk tea and coffee.

For those who are curious to try it out yourselves, perhaps you can shop around and wait for prices to levels that you’re willing to pay for. Judging by the popularity of these drinks, however, it seems that the high prices are still ‘worth it’.

What To Do Before Your Freelance Job Disappears
Migrating Overseas? Here Are Some Surprising Costs You Might Not Think About