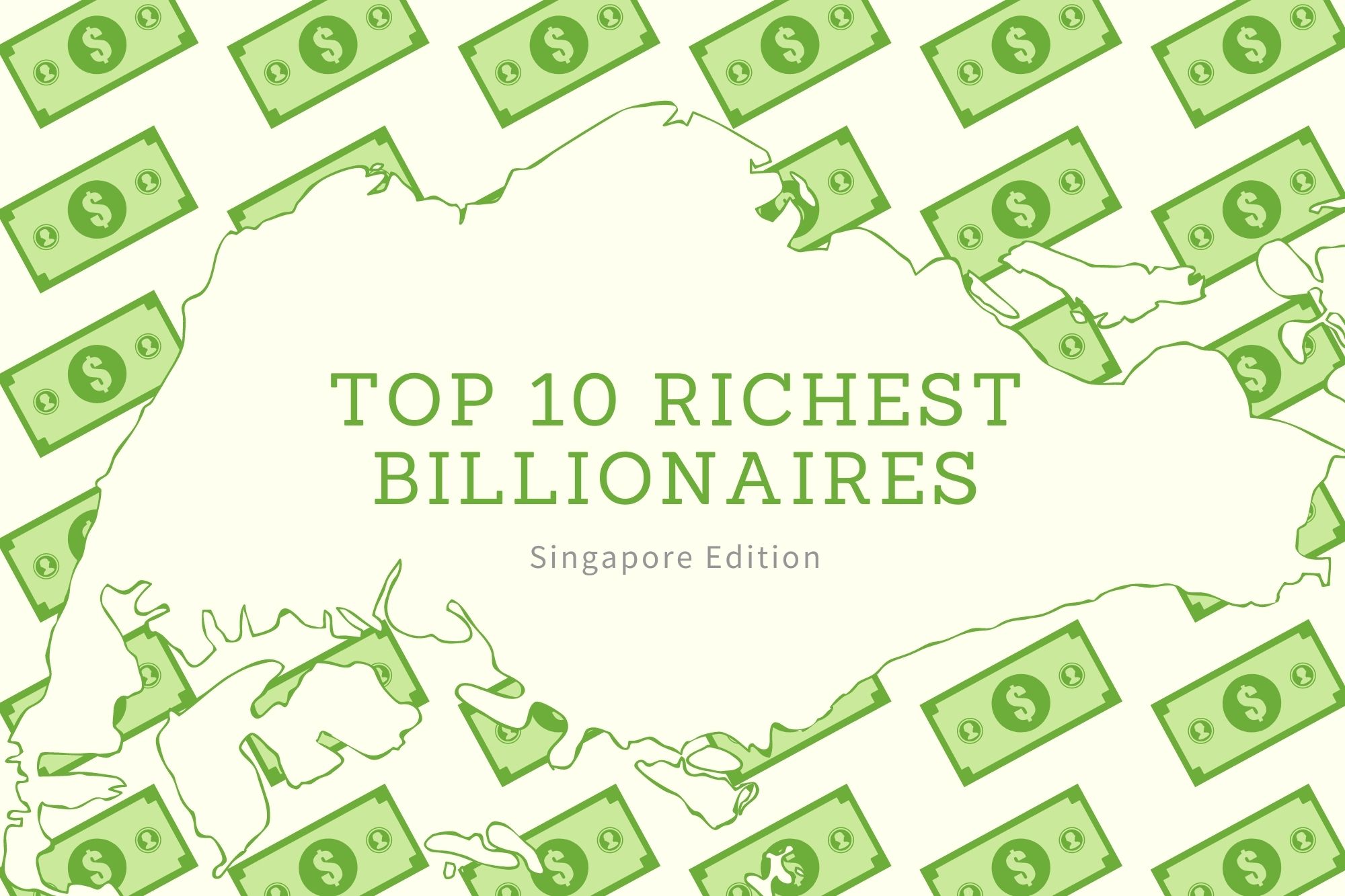 After the startling rise of billionaires in Singapore last year during the height of the pandemic, the rise of the richest in Singapore seems to have tapered slightly, with the net worth of many of these billionaires being slightly lesser than last year.

This year’s billionaire list according to Forbes, includes some notable mainstays and new entrants.

Read Also: [2021 Edition] The Richest In Singapore And How They Made Their Fortunes

Read Also: Are The Rich Getting Richer During The Pandemic? 3 Lessons We Can Learn From The Wealthy And Become Wealthier Too

Brothers Robert and Philip Ng control Far East Organization, Singapore’s largest private landlord and property developer. The group was founded by their father Ng Teng Fong, who moved from China to Singapore in 1934, later known as “The King of Orchard Road.”

Far East Organization is the only developer in the world to win ten FIABCI Prix d’Excellence Awards, the highest honour in international real estate

Goh Cheng Liang, founder of Wuthelam, started making paints in a small factory in Singapore before he went on to partner with Japan’s Nippon Paint in 1962, becoming the main distributor in Singapore, a collaboration that is ongoing today. His son, Goh Hup Jin, was appointed chairman of Nippon Paint in 2018 and also runs their privately held joint venture, Nipsea.

At age 91, Wee Cho Yaw is a venerable name in Singapore’s billionaire list. Currently Chairman Emeritus of United Overseas Bank, he stepped down as director of UOB after sixty years. His oldest son Wee Ee Chong is UOB’s CEO, while his younger son Wee Ee Lim has a board seat.

Over the years, while staying true to their banking roots, the family has also expanded into real estate. In 2017, Wee acquired 45 unsold apartments in the Nassim, a luxury condo, for $411.6 million through his family’s real estate arm, Kheng Leong. The family has a majority stake in UOL, a leading property developer that owns the Pan Pacific hospitality brand.

In New York, the brothers own majority stake in the luxurious 53W53 building, designed by Jean Nouvel, beside the Museum of Modern Art. In 2017, they acquired the Cappella Hotel group. In 2020, Pontiac Land also launched a luxury resort, Fari Islands, in Maldives with Capella Hotels & Resorts, The Ritz-Carlton Hotel Company, and Patina Hotels & Resorts operating on the island resort.

Founder of Sea, Forrest Li remains on Singapore’s billionaire list, though his ranking has dropped along the dip in Sea’s stock price. Under its name, Sea runs Garena, an online games developer and publisher, as well as Shopee, an e-commerce platform.

Recent headwinds have challenged Sea, such as their closure of Shopee India. Regardless, the growth for Sea continues as the group is looking to expand into the e-payments and financial services space with their new Digital Banking License from the Monetary Authority of Singapore.

Owner of the famous HaiDiLao Hotpot, Zhang Yong is a naturalised Singapore citizen.

Originally from China, HaiDiLao Hotpot has over 935 outlets worldwide, including Singapore, Malaysia, Vietnam, Indonesia, the US, South Korea, Japan, Canada, United Kingdom, and Australia. Their unique ethos in providing quality customer service such as providing free manicures and snacks coupled with their famous tomato broth has help the brand maintain a group of avid and loyal customers. The company has also successfully branched out to shelf products, bringing their tomato broth into the homes of many.

However, with the pandemic’s impact on restaurant business, Zhang Yong’s net worth has dropped significantly from last year. In March 2022, Zhang Yong stepped down as HaiDiLao’s CEO but remains chairman and executive director.

Read Also: [2020 Edition] The Richest In Singapore And How They Made Their Fortunes

A new entrant to the top 10 billionaires list in recent years is Kuok Khoon Hong, the co-founder of Wilmar. Wilmar is one of the world’s largest palm oil producers and  a Singaporean food processing and investment holding company with more than 300 subsidiary companies.

He also co-owns the Aviva Tower in London with Indonesian billionaire and Wilmar cofounder Martua Sitorus.

Recent headwinds to the Sea’s operations including withdrawals of Shopee from France and India have challenged the group. Nonetheless, the fortunes of the founder, Forrest Li and co-founder, Gang Ye, still remain within Singapore’s top 10 billionaires list.