What Are Your Money Traditions? 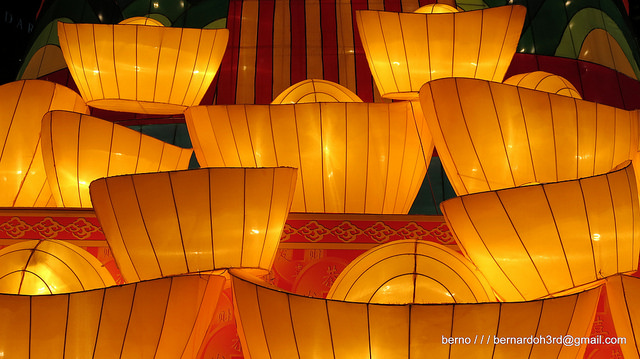 For as long as I can remember, my family follows the exact same weird routine every Chinese New Year.

After a light vegetarian lunch at my grandma’s house, we’ll all pile into several cars and drive off to the nearby Lot 1 Shopping Mall. There, we’ll fight through the crowd at the cinema, buy some popcorn, and watch a Really Bad Chinese New Year Movie.

Last year, it was Ah Boys To Frogmen. The year before, it was From Vegas To Macau.

It doesn’t matter which movie we pick, it’s always painfully bad. Yet, we find ourselves doing the same thing, every single year, without fail.

(However, one year we watched Jack Neo’s The Lion Men and it was so excruciatingly bad that it almost put a stop to the tradition. But we continued with it anyway.) Made us lose our appetite for CNY dinner

The Power Of Traditions I love, love Chinese New Year because of all the traditions that surround it.

Every year, without fail, you can expect to see:

Why do we stick to these traditions, over and over again, without fail?

Partly, because some people believe that these traditions will bring them good luck.

For many of us though, we follow them because of pure muscle memory. Virtually no willpower is needed for us to continue doing them.

I love these traditions because they’re automatic systems for bringing families together. When CNY Eve comes around, you know that you’re gonna be having tuan yuan fan with your family. You don’t even give it a second thought like, “Heyyyyyyy… maybe I should spend this year staying home to Netflix instead?”

Nope. Like my Bad Chinese New Year Movie tradition, we just go ahead and do ‘em. No questions asked. Of all the traditions that we Chinese love, the ones that we take the most seriously are the ones to do with money

For example, the practice of depositing money into your bank account on Li Chun – the first day of spring.

One well-known local bank noticed that its employees were crowding up their internal ATMs on that date. So this month, they switched their salary crediting date to coincide with Li Chun. (Banks are the most pantang organisations in the world)

Not that it mattered. The employees – either because of habit or because they “wanted to be safe” – still formed long queues at their ATMs to deposit physical cash into their accounts.

I found this fascinating. Out of sheer habit, people would still continue doing a certain behaviour even if it was extremely unnecessary or inconvenient.

Few would dare to question our money traditions. From eating fat choy or rolling a pineapple in a new house and yelling HUAT AHHHHH, we will always, always do them, whether we truly believe in them or not.

So I started wondering if we could apply this to our money. Could we come up with our own “money traditions” that could help us save more, invest better, and hatch a rich life?

Come Up With Your Personal Money Traditions For example, could you create a tradition that says: “I will always save 70% of my angbao money”? (The rest are for educational purposes like blackjack, mahjong, buying Toto, etc).

Or could we have one that says, “I will use my savings to buy 1 lot of STI ETF every Chinese New Year”? (Maybe there’s something about buying stocks during the New Year that makes us feel a lot better about investing).

These may seem like small actions in any given year, but compound them over many, many years and they’ll help you accumulate some serious moolah.

But why limit our traditions to just Chinese New Year? Could we create some personal money traditions that apply throughout the entire year? For example:

“Whenever I get extra money (bonuses, ang paos, IPPT award money, etc), I’ll save 60% of it, spend 20% on a treat to myself, and give the rest away to charity.”

“Every month, I’ll put in $300 into my portfolio, no matter how the stock market is doing.”

These are simple, tiny behaviours you can easily do. They’ll take 2-5 minutes, tops. But do them over and over again and they’ll become as second-nature as brushing your teeth or tossing yusheng.

People always claim that personal finance is difficult; but it really isn’t. You just have to start with a simple, repeated behaviour.

How To Start Building Your Money Traditions So! If you want to start creating your own money traditions, here’s what to do:

1. Pick ONE tradition to start off with. I know it’s tempting to try to start off with as many as possible, but that’s a surefire way to get overwhelmed. Instead, pick one, be awesome at it for 3 months, and then add another. That way, you’ll have 4 new traditions by the end of the year.

2. Write it down. The human mind is amazing at twisting our past commitments to whatever suits our mood at the moment. Don’t fall into that trap. Write it down so that your psychology has no opportunity to mess with you.

3. Use technology to help you.Some of these things can be automated: Automatic savings transfers, reminders on your calendar app, Regular Savings Plans, etc

4. Do it today.Every day you delay your behaviour makes you 50% less likely to follow through. If you feel motivated right now, take advantage of that to build some momentum.

With that, you have everything you need to create your own personal Money Traditions and start the Year of the Monkey right. Have a happy and prosperous New Year!

Now, if you’ll excuse me, I gotta head out to watch this year’s Really Bad Chinese New Year Movie.