Implications of ANZ’s sale of its Asia Business to DBS

Are more jobs set to be lost (again) in the banking sector? 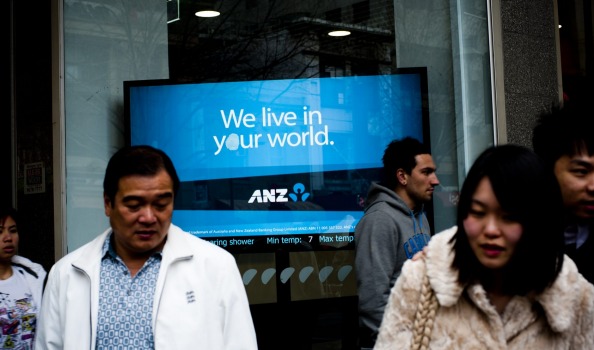 This article was contributed to us by ValueChampion

On 31 Oct 2016, ANZ released an announcement that it has decided to sell its Asia business in Singapore, Hong Kong, Taiwan and China to DBS, citing lack of compelling competitive position in the region. ANZ remains committed to growing its institutional business in these regions, but will be unloading all of its retail businesses in the sale. What does this deal mean for investors and consumers? We examine a few possibilities.

ANZ’s retail and wealth business being sold includes about $11bn of loans and $7bn of risk-weighted assets that are backed by about $17bn of deposits. This business generated about $825mn in revenue and net profit of $50mn, representing about 6% of net profit margin. While these are sizable numbers, they pale in comparison to bigger players in the region. For instance, DBS (the buyer) made $7bn of revenue and $3bn of net profit in the 12 months until 30 Sept 2016. DBS’s retail business, which pretty much operates in the same regions as ANZ’s Asia business, generated $2.5bn of revenue and $840mn of net profit in the same time period.

First thing to consider, then, is the profitability improvement that DBS could create. All of the banks that are active in Singapore currently generate net profit margins above 40% already. In comparison, ANZ’s 6% net profit margin in its Asia retail business is miniscule, and is likely due to its lack of scale in the region. Therein lies the opportunity. If DBS were to reduce ANZ’s cost in back office by integrating it into DBS’s existing infrastructure, for example, ANZ Asia business could increase its margins significantly. For instance, even if ANZ Asia business’s margin goes from 6% to 25% (vs DBS retail business’s 34%), its net profit could increase to over $200mn and contribute a 7% growth in DBS’s profits even without any growth in revenue.

What is more interesting is the possible set of changes that could occur after DBS absorbs ANZ’s Asia operation. Since DBS & ANZ’s businesses overlap significantly in terms of geography and scope, this deal represents a consolidation that could change the competitive dynamic meaningfully. For instance, there were about 11 banks active in DBS’s home market Singapore, of which DBS already controls two (POSB and DBS). ANZ will be another addition to DBS’s brands in Singapore as well as in Hong Kong, Taiwan and China. Reducing the number of competitors by 10% could translate to changes in set of credit cards rewards as well as interest rates on various loans like personal instalment loans.

In order to gain market share, ANZ has been quite aggressive in providing great set of credit card rewards in Singapore. For instance, ANZ’s Travel Signature Card and Optimum World Card were some of the best cashback cards and air miles rewards cards in Singapore. Because banks tend to finance their credit card rewards with the payment fees, providing higher rewards usually meant that banks would be making lower margin on these products. Although neither ANZ nor DBS has disclosed the pricing of this deal, it seems that DBS investors have a number of positive things to look forward to. Not only could DBS increase profitability of ANZ Asia meaningfully by cutting duplicate costs, the acquisition could meaningfully reduce competition in the region to increase profitability of all banks overall. While it remains to be seen how exactly competitive landscape will change since there are still quite a number of competitors in these regions, and if consumers will be negatively affected, but what is clear is that consolidation of any industry usually means worse economics for consumers.

This article first appeared on ValueChampion