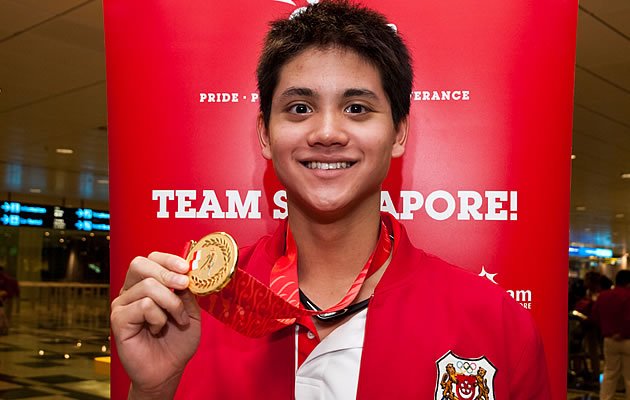 Joseph Schooling made history in Singapore when he became the country’s first ever Gold Medalist in the 2016 Rio Olympics – clocking in an Olympic Record time of 50.39 seconds in the Men’s 100 Meters Butterfly.

He also became the first person in Singapore to win the largest possible payout under the Multi-Million Dollar Award Programme (MAP). The programme serves as an incentive scheme to reward athletes who are medal winners in the SEA, Commonwealth, Asian and Olympics Games.

Before Schooling, no Singaporean has ever taken home the biggest financial prize offered – S$1 million for an individual Olympic Gold medal. Last Saturday, Joseph Schooling scooped up both the Olympic Gold and the prize money that follows any Singaporean who win it.

How Much Does He Really Get?

The natural assumption is that Schooling gets the entire $1 million but that is not the case.

Firstly, Schooling would need to contribute $200,000 (20%) of the MAP award back to the National Sports Association. This is mandatory.

Unlike your TOTO prize money, or dividend income paid out from your stock investments, the money from the award is taxable.

Based on the payout of $800,000 after his contribution, and assuming no other income earned or training expenses claimed, Schooling would be looking at a tax bill of about $150,000. He will receive about $650,000 after income tax.

Even after contribution and tax, $650,000 is still a lot of money to be bringing home. In fact, it’s more than what any athlete in Singapore have ever achieved. That said, no one has won an Olympic Gold medal before Schooling.

It’s also worth noting that Schooling has been training overseas in the United State since he was 14, with his family spending about S$1.35 million for his overseas education, accommodation and training. The money he has earned through the Olympics is still significantly lesser than what his family has invested into his career.

After his win, international media around the world have been focusing their attention on the hefty prize money chart given to Singaporean winner, with many media outlets stressing how Schooling is now a millionaire, thanks to the award.

But we know this isn’t the case.

With his career looking very promising, it would not come as a surprise if he does one day become a millionaire athlete before his career is over.

Read Also: Why Financial Planning Is Similar To Keeping Fit