Are Universities Overcharging You?

NUS net profit was more than that of Singapore Airline. So are they overcharging you? 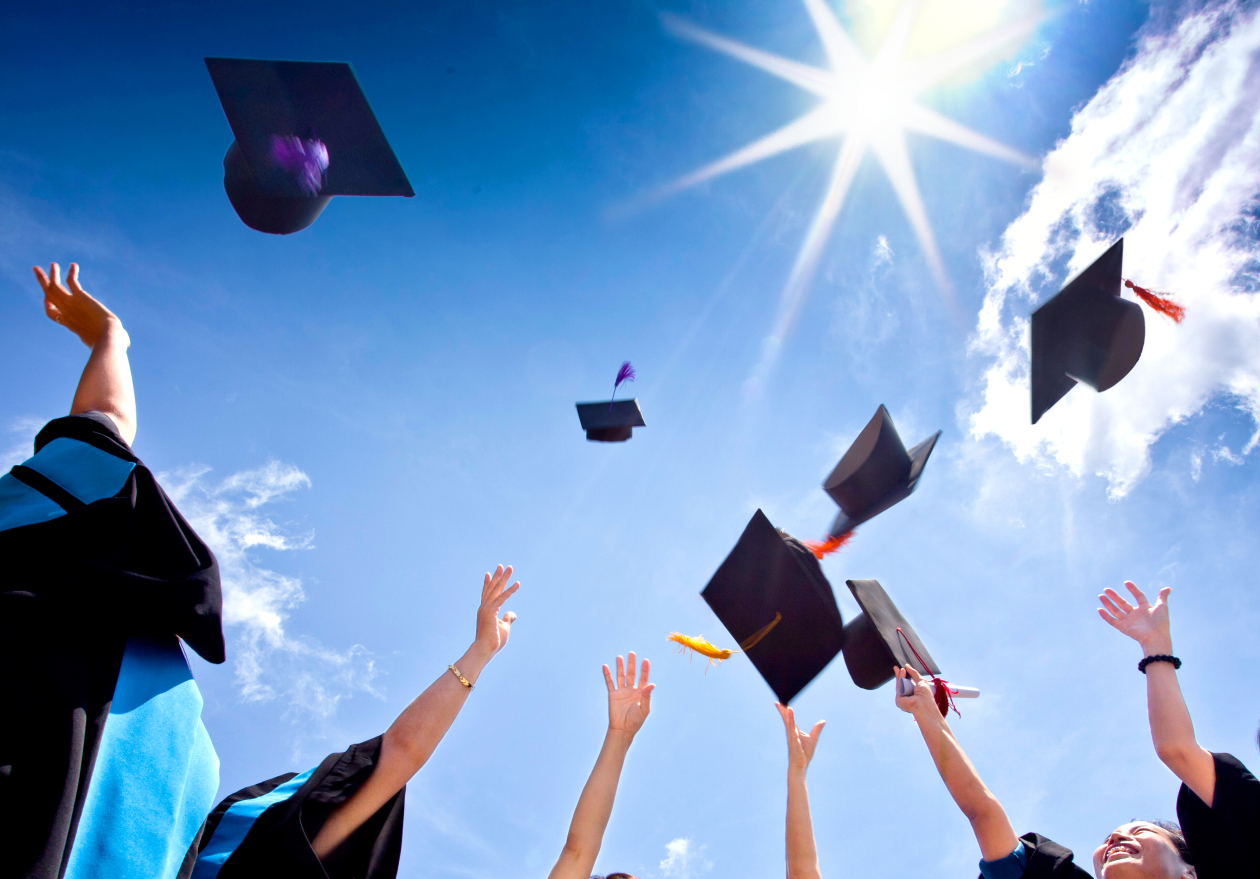 The tuition fees of local universities have generally been increasing over the years and there is no sign of the cost stopping anytime soon. The main claimed reasons for the increase in tuition fees are the operating costs and expenses needed in creating the online learning system.

Are university tuition fees overpriced? Let us investigate the financials of the 3 local universities – NUS, NTU and SMU and see if the claims are valid. As the annual report for the fiscal year of 2015 is not released yet, we refer to the figures in 2014/15 annual report instead. These are the screenshots of their financials with the operating costs and expenses as highlighted in red: 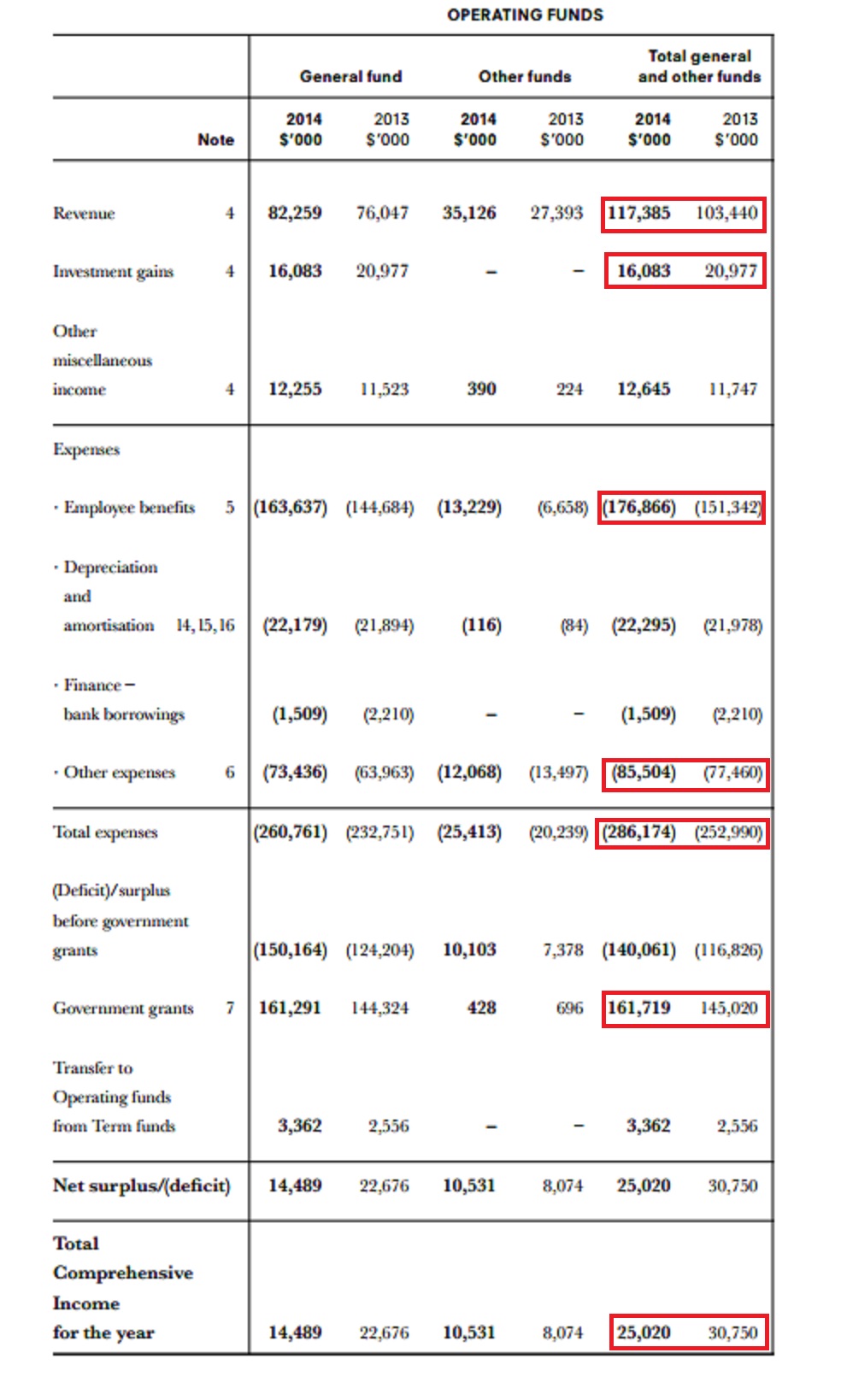 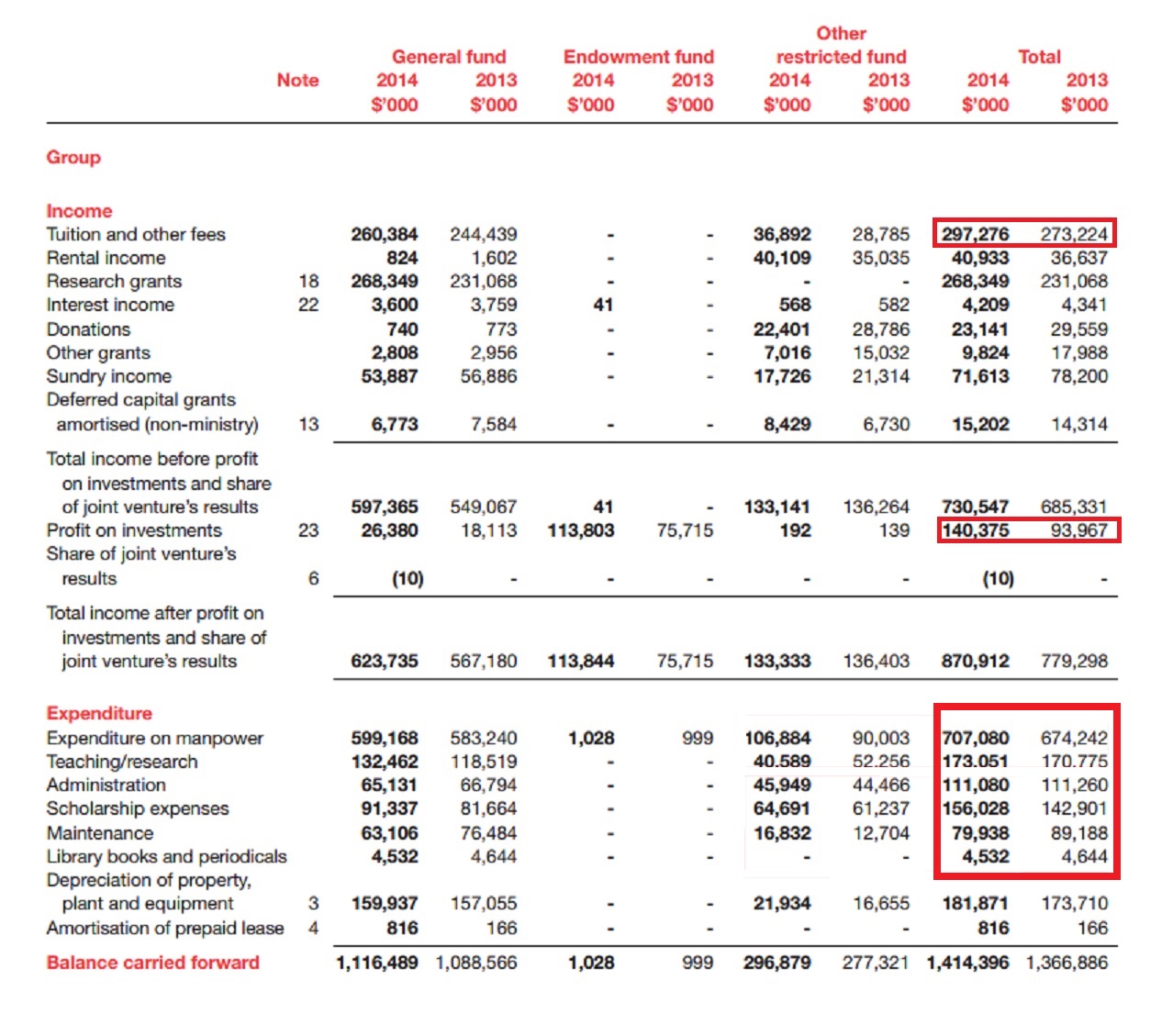 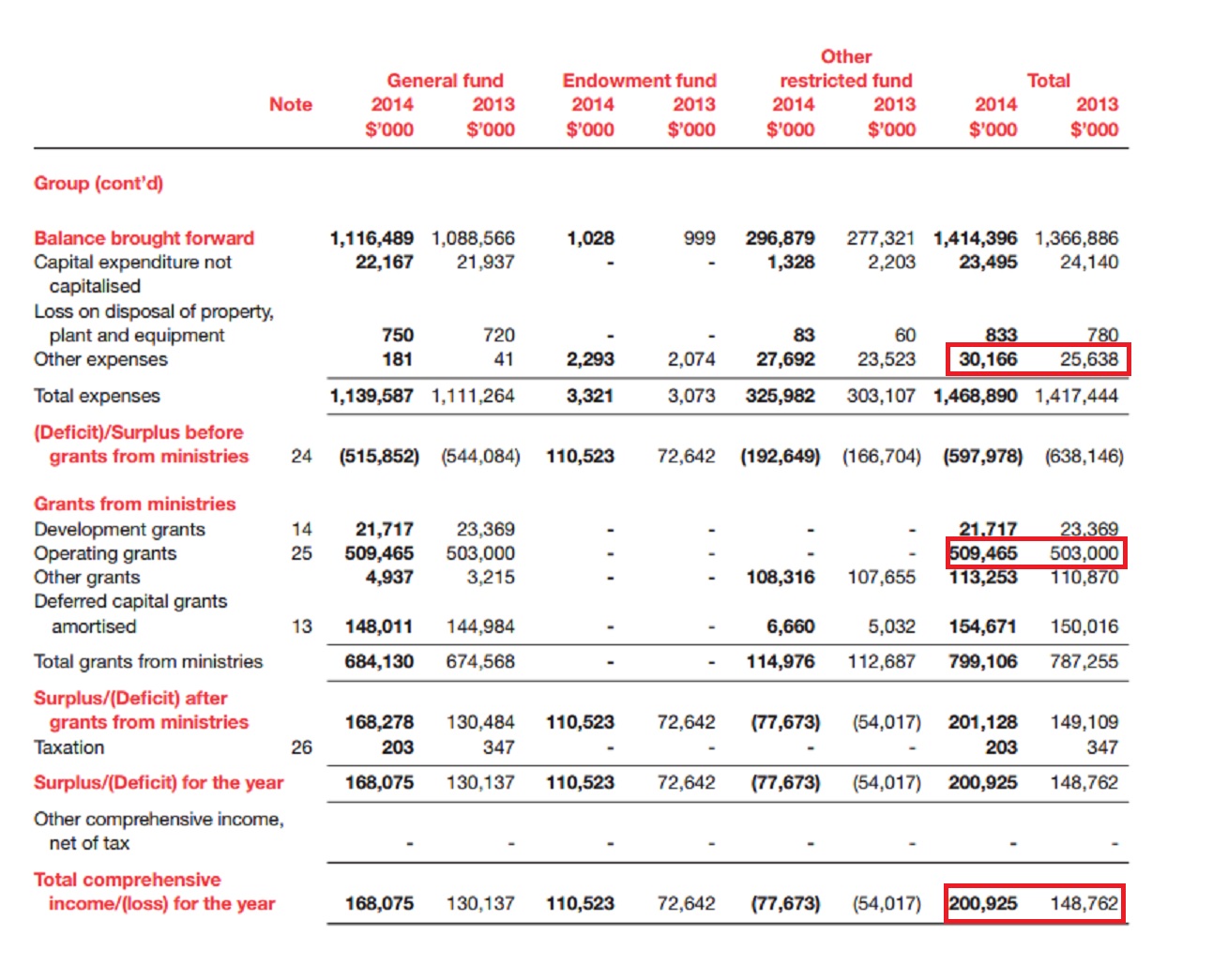 As it is unfair to include endowment fund in our comparison, all the figures we are looking at only came from the general and restricted funds. NTU and SMU both reported a net income of $90 million (excluding profit from endowment fund) and $23 million respectively. To make a comparison, the net profit of Sheng Siong Group Ltd during 2014 was $47.6 million.

2. The Bulk Of The Net Profit Of NUS Was Contributed By Investment Income.

Approximately 97% of the net profit came from investment income. According to the notes in the annual report, NUS invested in government bonds, corporate bonds and equities. As compared to 2013, the investment income of NUS had increased by 2.5 times due to the change in fair value of both price and foreign currency. This means that the portfolio NUS held was worth more than the amount they bought it at due to price changes and foreign exchanges. Similarly for SMU, 64% of their net profit came from investment income.

The government subsidies (operating grants) that the universities receive are barely enough for the expenditure on manpower, which only consists of staff cost. We did not include the other grants such as research grants as these grants are meant to help the universities for research and development purposes. Besides staff costs, the universities also have to pay for other expenses such as facilities expenses, administrative expenses and scholarship awards.

The revenue generated from tuition fees only contributed approximately 21%, 25% and 40% to NUS, NTU and SMU respectively. All three universities needed other miscellaneous income to cover their expenses.

After reviewing some of the key findings from their 2014 annual report, it can be seen that the net surplus of the universities was from investment income and not from the revenue they got tuition fees. The operating costs are likely to increase further in the future due to rising cost of maintenance and the need to offer competitive remuneration for staff retention.

So we hope that you appreciate your professors and enjoy your facilities more. They are expensive.

How Much Do You Need To Earn To Own A Ferrari In Singapore?
Street Smart: 3 Recent Investment Scams In Singapore, And How To Avoid Being A Victim