Amid a sea of red (stock prices), counters that show a semblance of positive returns stand out. 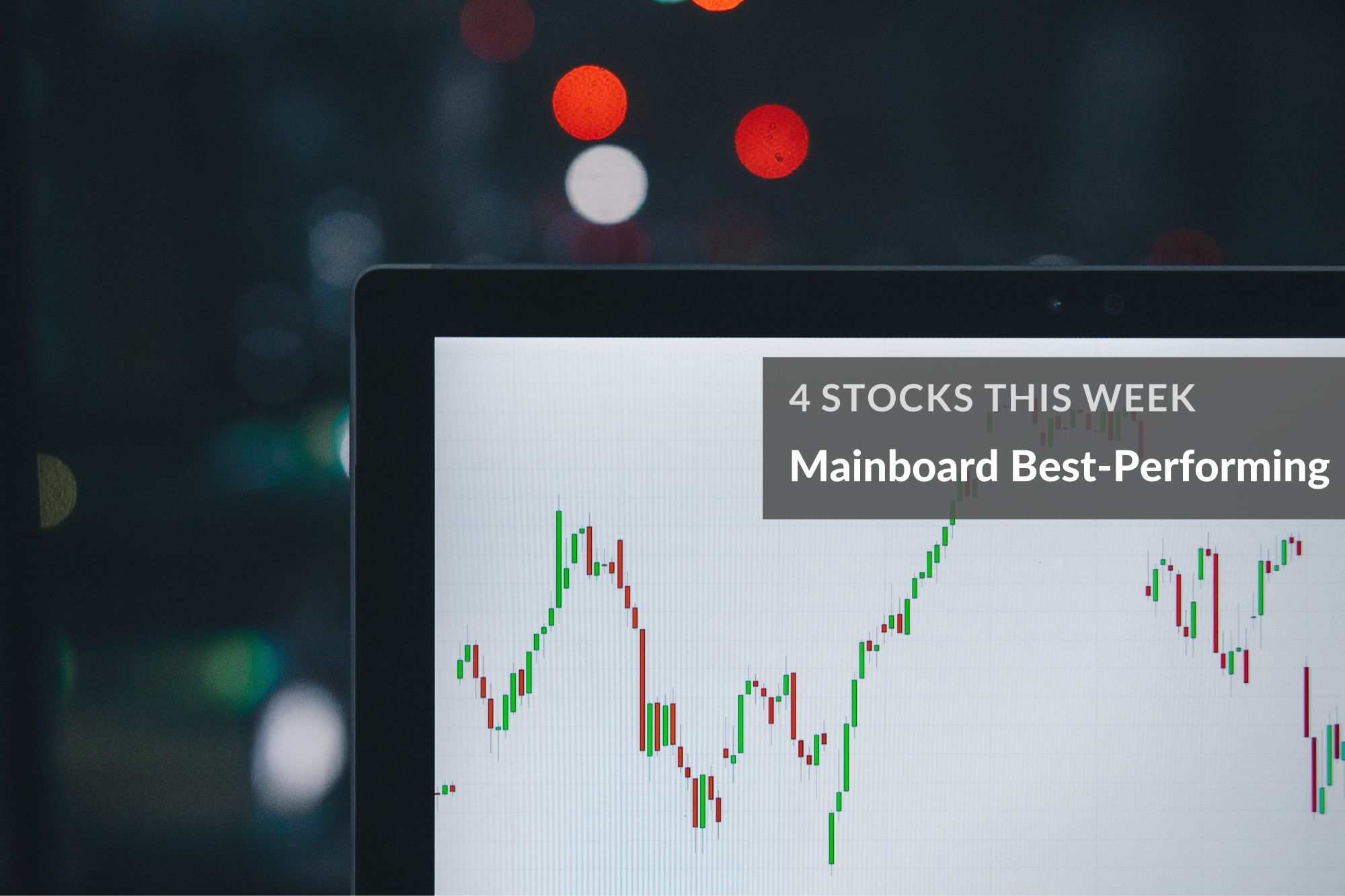 The COVID-19 pandemic and severe economic fallout from it has led to falling stock prices all around the world, including Singapore. Amid this backdrop, counters that show a semblance of positive returns – even to a modest extent – would undoubtedly stand out.

Here are four counters listed on the SGX Mainboard that are among the best-performing, aside from rubber and healthcare stocks, which we covered recently.

Read Also: Resilience Budget For COVID-19: 8 Important Ways The Government Is Helping Singapore Businesses And Her People During This Pandemic

On the back of the fourth loss-making quarter, a privatisation offer of $0.77 per share was made on 24 February 2020 by the company’s founder and chairman George Quek, his wife Katherine Lee who’s BreadTalk’s deputy chairman and executive director, and Minor International, a substantial shareholder. Together, they hold about 70% of issued shares.

On 24 March 2020, the company made the news for cutting employee salaries amid the COVID-19 outbreak. Staff would see a pay cut of between 10% to 50% from February to June, which will affect about 137 employees in ASEAN countries and another 1,840 employees in China and Hong Kong. This will result in cost-savings of more than $1.5 million per month.

BreadTalk said that the pay cuts were implemented only after other cost-saving measures had already been taken, including shorter operating hours, restricted overtime, no-pay leave, as well as cessation of business-related travel and entertainment activities for employees.

On 4 April 2020, BreadTalk announced that the privatisation offer succeeded, with the offerors and shareholders who accepted the offer holding more than 94% of total issued shares as at 5pm on 3 April 2020. This means it no longer meets the requisite 10% of shares held by the public and SGX will in all likelihood suspend the trading of BreadTalk shares. Shareholders who have yet to accept the cash offer have until 5.30pm on 20 April 2020 to do so.

Read Also: COVID-19’s Impact On The STI: How Singapore’s Strongest Stocks Are Faring – And Should You Invest Now?

Golden Energy and Resources Limited is one of the largest coal mining companies in Indonesia by reserves and is involved in the exploration, mining, marketing and trading of thermal coal extracted from its coal mining concession areas, which cover approximately 66,204 hectares in South and Central Kalimantan, Jambi, and South Sumatra Basin.

Earlier this week on 2 April 2020, a subsidiary of Golden Energy made an unconditional cash offer of A$1 for ordinary shares in Australia-listed Stanmore Coal it does not already own. This renewed takeover attempt comes more than a year after a previous attempt to gain majority shareholding failed at the offer’s close in January 2019.

Golden Energy closed this week at $0.171, which is up about 5% from the start of the year.

Read Also: 4 Job Sectors In Singapore That Will Do Well In 2020

Listed on 12 December 2014, Keppel DC REIT is the first pure-play data centre REIT listed in Asia on the SGX. Keppel DC REIT’s investment strategy is to principally invest, directly or indirectly, in a diversified portfolio of income-producing real estate assets which are used primarily for data centre purposes, as well as real estate related assets.

In DollarsAndSense’s S-REIT report card for 1Q2020, Keppel DC REIT was the best-performer, beating out 45 other REITs and property trusts. This is an impressive feat, since it follows a solid showing in 2019, by delivering a total return of 60% that year. This should satisfy unitholders, including Keppel DC’s largest single unitholder Temasek Holdings, which owns about 21% of shares.

On 1 April 2020, Keppel DC announced that it has acquired the remainder of the 999-year (from 1 January 2000) leasehold interests in the property located at Site 4033 – 4035 Citywest Business Campus, Naas Road, Dublin 24. This follows a $125.3 million acquisition it made in December 2019 of a freehold purpose-built data centre in Kelsterbach, Germany that is expected to be completed later in 2020.

With a long weighted average lease expiry (WALE) of 8.6 years, Keppel DC REIT is not expected to be impacted much by the current COVID-19 crisis, though some observers have flagged its high price to book value of 2.027, which is an outlier among other REITs, which have a P/B ratio closer to 1.

Keppel DC REIT closed the week at $2.32, giving it a total market capitalisation of $3.788 billion.

As a multi-asset exchange, SGX operates equity, fixed income, currency and commodity markets and is globally-recognised for its risk management and clearing capabilities. It currently has operations in 10 countries around the world.

SGX is not only listed on the SGX Mainboard, but it is also a constituent of the benchmark Straits Times Index. According to its latest quarterly earnings announcement, SGX reported a 2Q2020 net profit of $99 million, which is up 3%. (Note: SGX’s FY2020 is from 1 July 2019 to 30 June 2020.)

On the back of Prime Minister Lee Hsien Loong’s announcement of COVID-19 “circuit breaker” containment measures,  SGX announced on 3 April 2020 that its securities and derivatives markets will remain open, with the CDP Customer Service Centre operating on an appointment-only basis.

Read Also: SGX Orb Awards 2019: Here Are The Best In Financial Content You Should Be Reading In 2019 (As Chosen By SGX)