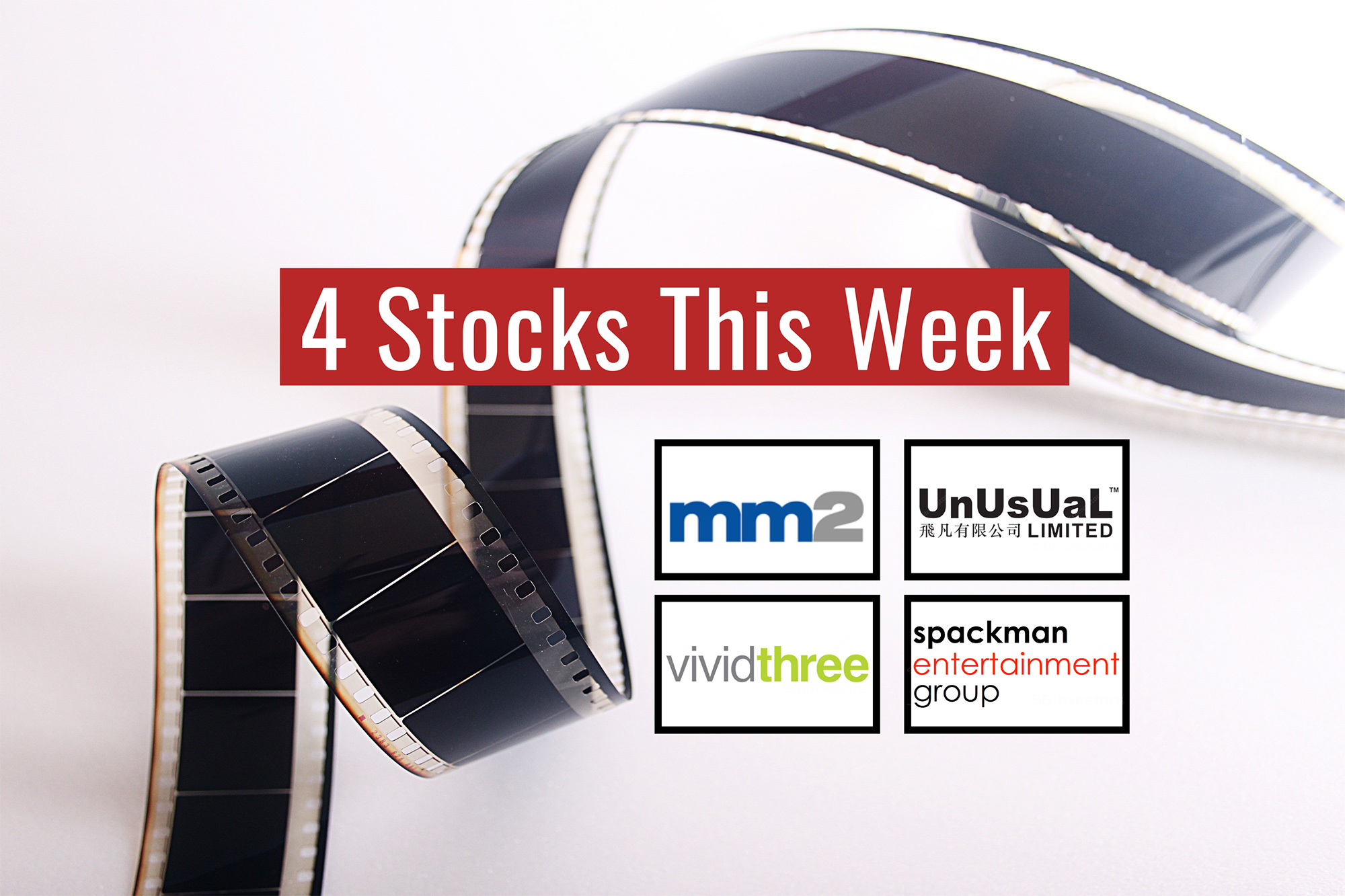 Over in the USA, this week, Netflix reported a loss of 126,000 US subscribers in the recent three-month period, the first time the company reported a loss since 2011. The company’s 2Q earnings report also revealed fewer new subscribers (2.7 million) than the expected 5 million. As a result, Netflix’s shares dropped more than 10% on Thursday.

In Japan, a Japanese anime studio in Kyoto was set on fire this week.

Globally, the entertainment industry has in recent years seen the rise of over-the-top (OTT) providers such as Netflix, HBO Go, Hulu and Amazon Video. According to a report by PwC, the fastest growing revenue segments for media and entertainment companies in the US, from 2017 to 2022, will be virtual reality (VR), over-the-top (OTT) video and internet advertising.

Read Also: 5 Netflix Shows That You Can Watch To Learn About The World Of Finance

mm2’s core business lies in film, TV and online content production, distribution and sponsorship. The company was listed in 2014.

Over the past few years, mm2 acquired majority stake in VividTree Holdings as well as UnUsUal Limited – two stocks which we will also be covering later in this article. As a producer, mm2 provides services across the entire content value chain. This allows the company to derive revenue from all stages of the filmmaking process.

Mm2 also has presence in the cinema business. They are currently the only player that manages and operates cinemas in both Malaysia and Singapore. In Malaysia, mm2 operates 142 screens across 19 locations under “mmCineplexes”. In Singapore, mm2 acquired Cathay Cineplexes, the second-largest cinema operator in Singapore in 2017.

Read Also: Ticket Scalping: Is It Illegal, And What Are The Consequences Of Buying And Selling These Tickets?

Vividthree was the stock most recently listed on this list. Vividthree listed on the Catalist Board of the SGX-ST in September 2018, opening at $0.225.

Vividthree has recently invested in an OTT streaming platform provider XMI Group. XMI is working on an OTT platform for alternative content and music with gamified elements. This is aligned with Vividthree’s offerings, as XMI’s platform encourage home VR entertainment, offering an outlet for Vividthree’s VR content.

Spackman develops, produces, presents, and finances theatrical motion pictures in Korea. Spackman is well known for their hit Korean film Default that showed on the big screens in late 2018.

This month, Spackman acquired Korean Film Production Company, Simplex, an early stage film production firm. Earlier in 2019, Spackman also announced a collaboration with Mediacorp to co-produce a romantic drama that brings together talent and a mix of familiar and fresh faces from Korea and Singapore.