With 20 Transport-related stocks on SGX, investors would be able to find growth opportunities in the air, land, sea and under the ground. 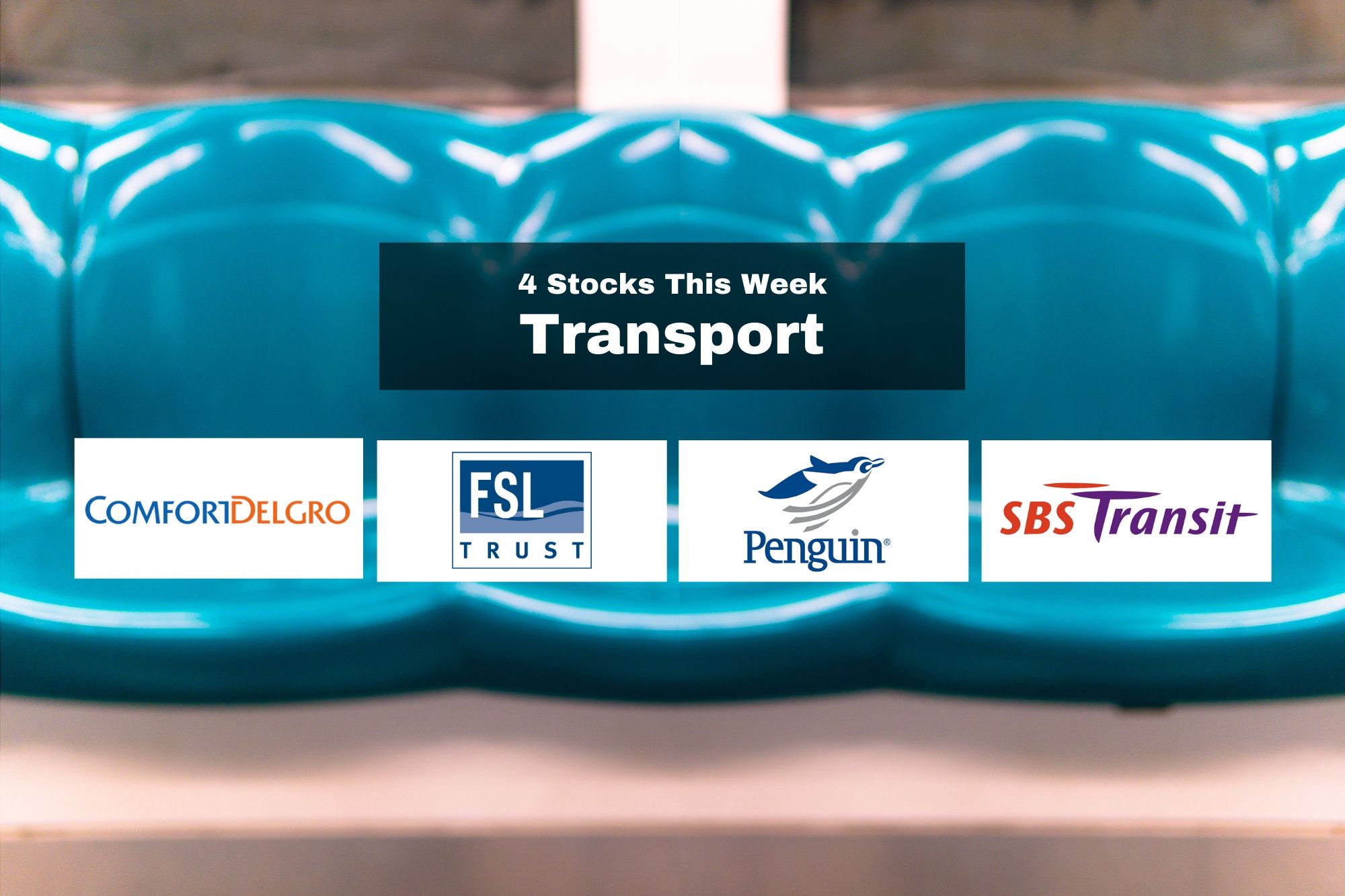 There are more than 20 transport-related stocks listed on SGX, which includes companies that provide air, road, rail and sea transport, as well as businesses that provide ancillary services to these transport operators.

In this instalment of 4 Stocks This Week, we will look at 4 of these companies in the Transport sector.

In Singapore, most of us think of ComfortDelGro as the operator of Singapore’s largest taxi fleet as well as running the driving centre at Ubi.

Read Also: Driving School VS Private Instructor: How Much Does It Cost To Get A Driving License in Singapore?

Investors would know that ComfortDelGro is one of the largest land transport companies in the world, with footprints in United Kingdom, Australia, Malaysia, Vietnam, Ireland, and across 11 cities in China. According to its 2018 Annual Report, the company employs 24,697 people and operates 43,284 vehicles – only 18,805 of which are in Singapore.

On 1 October 2019,  ComfortDelgro announced the sale of Alperton Bus Garage, a freehold 7,200 sqm facility, to a property developer for $42.5 million. To ensure continuity of bus operations, an alternative site with a total land area of 4,400 sqm is being purchased for around $11.9 million.

ComfortDelGro is also involved in the drive towards autonomous public transportation, with the trial of the EZ10 autonomous shuttle bus in National University of Singapore’s Kent Ridge campus since July 2019. To date it has made close to 480 trips amid real mixed traffic conditions, alongside regular buses, cars and motorcycles.

ComfortDelGro closed at $2.31 this week, giving it a market cap of $5 billion.

As a leading bus and rail operator in Singapore, SBS Transit serves more than 3 million passengers on its transportation network. It plies more than 200 bus routes with its fleet of around 3,000 buses, while operating the North East Line (NEL) MRT line, Downtown Line (DTL), and the Sengkang-Punggol LRT system.

In 2018, the company added the newly-built 102,000 sqm Ulu Pandan Bus Depot to their portfolio, which brings the number of bus depots to 7, in addition to 1 bus park, 17 bus interchanges and 14 bus terminals.

The 7% increase in public transportation fares should bolster revenues for the company amid an alleged spike in fuel and energy costs.

SBS Transit is a subsidiary of ComfortDelGro Limited, which owns 74.43% of the company. Like its parent company, SBS Transit is running trials of autonomous vehicles with ST Engineering on Jurong Island and Sentosa, with the aim of gaining experience and data to operates such vehicles on a larger scale in future.

Read Also: Concession Passes For Working Adults: Are They Ever Worth It?

Penguin International is probably most known for their ferry services from Singapore to neighbouring islands. Beyond that, the company is a homegrown integrated marine and offshore services company, that designs, manufactures, owns and operates high-speed aluminium ships.

Penguin International operates 2 aluminium shipbuilding yards in Singapore and Batam, Indonesia.  Since 1995, the company has delivered more than 150 aluminium workboats, patrol craft, passenger ferries, and armoured security boats to ship owners around the world, including build-to-order repair and conversion projects such as fire-fighting search-and-rescue vessels.

Read Also: We Planned Our Company Retreat In Vietnam: Here’s All The Apps And Tools We Used

First Ship Lease Trust (FSL Trust) a Singapore-based business trust that owns a fleet of vessels across major shipping sub-sectors. Its portfolio consists of 19 vessels comprising container ships and a variety of tankers.

According to its 2018 annual report, around 60% of the FSL Trust’s revenue is derived from the rentals received from fixed-rate bareboat charters, which provides stable, long-term revenue and cash flow.

Their management believes that shipping markets are on course for recovery, and would benefit from imminent IMO 2020 regulations for sulphur emissions to take effect on 1 January 2020. FSL Trust expects their tanker fleet to benefit from increased demand and newly emerging trade routes as the need emerges for different compliant fuels to be transported to new destinations.

6 Questions Singapore Investors Should Ask Before Starting To Invest In Overseas Stocks
Retirement Planning Made Easy: 3 Things To Do Today To Prepare For Your Future Retirement