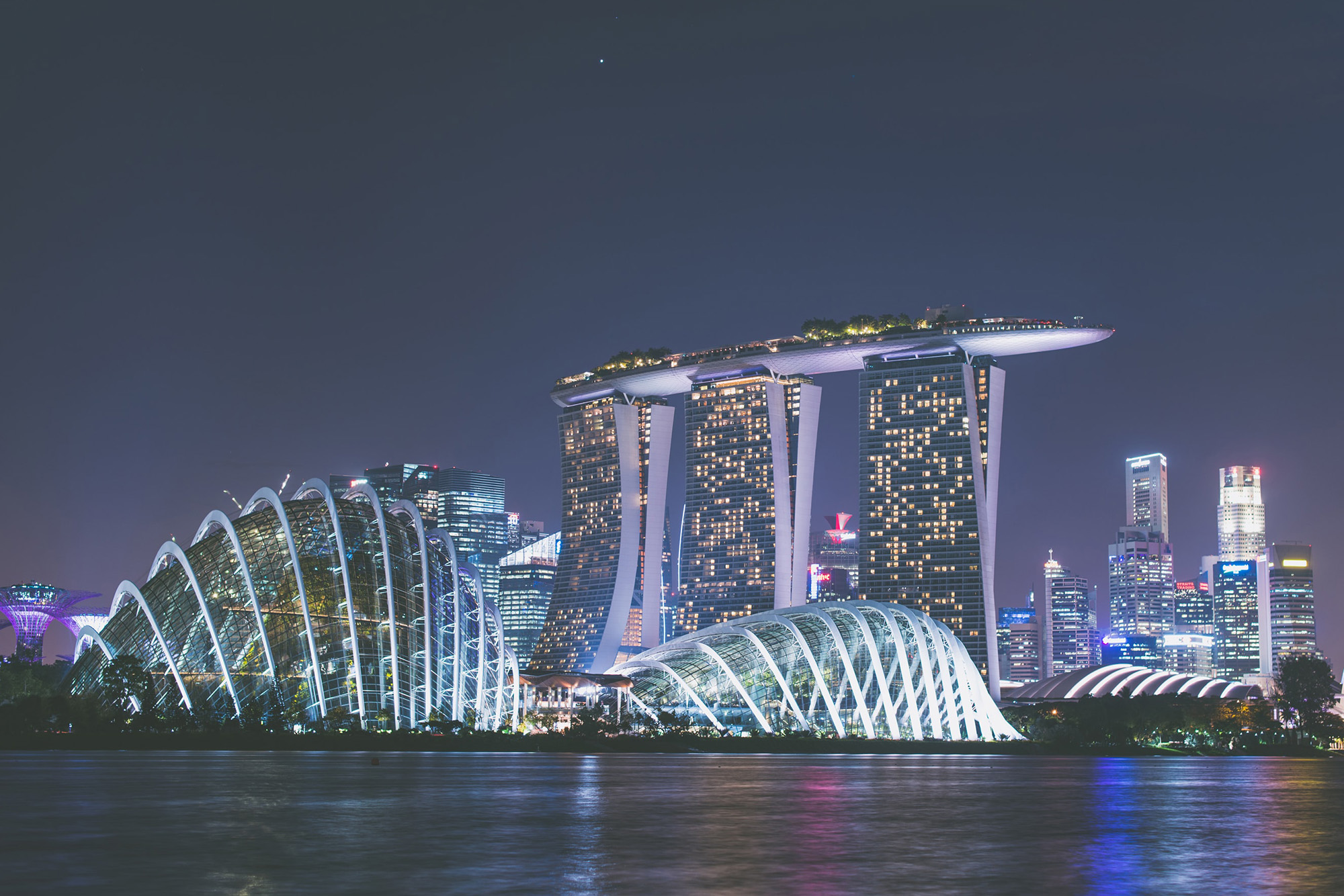 Under normal circumstances, Temasek would usually announce its annual results around this time every July. However, COVID-19 has led to severe disruptions to operations for every organisation this year. This has delayed organisations in getting their financial reports audited and released to shareholders and stakeholders.

Nevertheless, the delay hasn’t stopped people from trying to speculate about Temasek’s performance this year. Ho Ching, Executive Director and CEO of Temasek, has gone on Facebook to respond to some of the speculation and give her take on Temasek’s role as a long-term investor and community leader.

We combed through at least five of Ho Ching’s Facebook posts discussing Temasek that she put up in July. Here are 10 things we learned from it.

#1 Every Year Since 2004, Temasek Has Reported Its Portfolio Performance And Consolidated Group Financials

Founded in 1974, Temasek counts the Singapore Minister for Finance (which is a corporate entity) as its sole shareholder.

Holding a large and diverse portfolio, it is understandable that Singaporeans and external parties have a big interest Temasek’s investments. On Ho Ching’s Facebook post, she informed readers that Temasek started publicly reporting its results in 2004.

She went on to add that this was a deliberate commitment to transparency, and along with its international bond issuances, is “intended as a form of self imposed financial discipline across generations.”

#2 Temasek Differs From Sovereign Wealth Funds, Who Typically Invest In Minority Positions As A Fund Manager

Ho Ching stated that Temasek will only have its full set of results ready in September 2020.

One interesting comment Ho Ching brought up was in relation to this delay was that Temasek could only start consolidating group financials when portfolio companies can submit their audited results to them. This is mainly because Temasek owns “large concentrated positions in various of our portfolio companies”.

In this regard, it differs  from Sovereign Wealth Funds (SWFs) that typically “invest in minority positions as a fund manager, and whose financials as a fund manager are not relevant for performance reporting”.

Ho Ching also emphasised that she was impressed with estimates from people that Temasek’s portfolio was “north of $300 billion” as at 31 March 2020, as the figure was “pretty close to our own management estimates too”.

Since global markets plunged the greatest in the weeks leading up to the end of March, and only staged a rebound after March, still being able to maintain a portfolio value of above $300 billion as at march 2020 does seem positive. This is especially since the S&P 500, a benchmark for global returns, dipped approximately 10% in that time.

Ho Ching also shared a link for Temasek’s major investments “for those interested to do a more professional estimate of Temasek’s performance”. According to Ho Ching’s Facebook post, “major investments made up about 60% of the total portfolio” in its 2019 report.

Here’s a snippet of what it looks like, including some very prominent Singapore and global names. 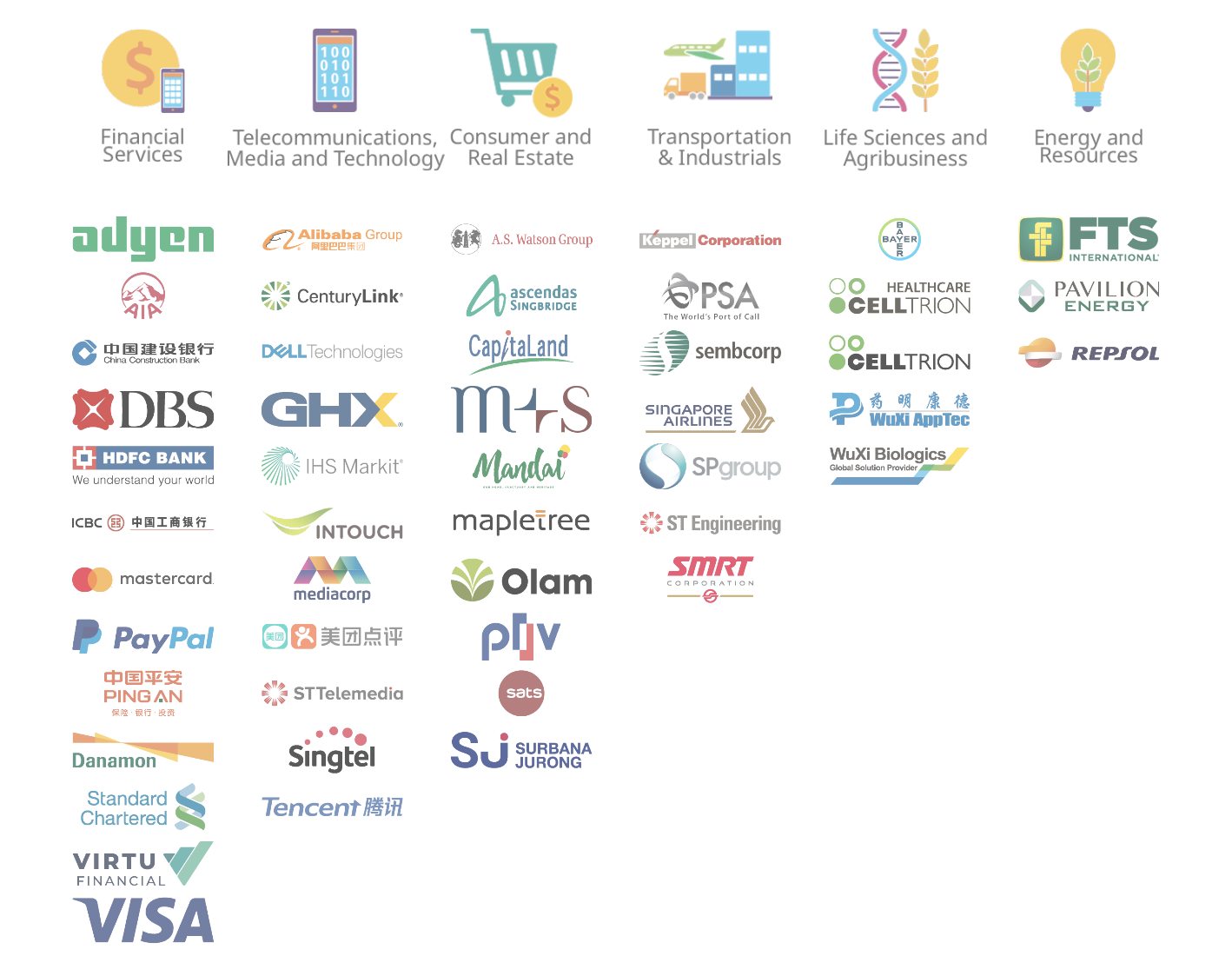 #5 Temasek Is Unconcerned By Market Movements In Any Given Year

Ho Ching also pointed out that Temasek is “not fazed by minute to minute, or quarter to quarter gyrations in our portfolio value”.

This should not be read as Temasek does not care about losses, it is merely that it may not dwell on the short-term. Instead she goes on to explain that Temasek focus is on the “long-term trends”, thinking of the next 5, 10 and 30 years, and by investing into these trends, try to “deliver for the long term in a sustainable way”.

Read Also: 6 Global Trends That Temasek Is Investing In And How You Can Follow Suit

Ho Ching also states that some of these long-term trends are being “accelerated or accentuated by the current COVID pandemic”.

Being in net cash means that Temasek has more cash and equivalents compared to debt it carries. While this may point towards not optimising returns or an inability to make good investments, it can also be a boon.

DollarsAndSense noted that Temasek divestments exceeding investments in 2019. Back then, the management cited growing uncertainties in the market on the back of the ongoing trade war and Brexit, as well as the economy possibly entering a late cycle recession. High valuations were also among the reasons for not investing as aggressively.

In Ho Ching’s Facebook post, she further noted that Temasek has been in a net cash position since 2007/2008, just before the Global Financial Crisis in 2008.

Now may be a good time to uncover good investment opportunities, and, at the same time, this strong balance sheet provides Temasek the firepower to aid strategic Singapore companies such as Singapore Airlines and even SembCorp Marine.

One comment from Ho Ching that is relevant to retail investors is that Temasek may consider opening higher yielding (and higher risk) private equity investments in the form of Astrea bonds.

This may not be offered just yet as Ho Ching mentioned that “when retail investors are familiar over the next few Astrea bonds, we may consider opening the possibility of higher risk equity tranches for retail investors.”

She went on to clarify that “will be some years down the road”.

#8 Temasek Contributes To The Singapore Government Budget Each Year

Ho Ching also notes that Temasek, along with MAS and GIC, which are the three entities that invest Singapore’s reserves, provides additional spending power for the government through its returns.

This is under the Net Investment Returns Contributions (NIRC) framework, comprising:

#i up to 50% of the Net Investment Returns (NIR) on the net assets invested by MAS, GIC and Temasek

In the Singapore Budget 2020, the NIRC accounts for the largest source of revenue at $18.63 billion.

In addition, she notes that “Temasek is a taxpayer like any other taxpayer, and government spending comes from taxpayers like you and me, and companies like Temasek and others”.

#9 Invests For The Long-Term, But Also With A Focus On Sustainability

Temasek is also in a strong position to use its influence and know-how to champion sustainability.

Ho Ching shared that Temasek will work towards carbon neutrality for our portfolio. She adds that it isn’t just about investing in carbon solution companies, but “will work with existing and new portfolio companies to support their transition to a carbon neutral world”.

Even amid the COVID-19 pandemic, Ho Ching says “we will continue to look for more sustainable solutions like reusable or DIY masks, instead of disposable masks. Which have added to the plastic waste and ocean plastic pollution”.

Ho Ching adds that “ Temasek has also been putting aside a part of its returns for the community, whenever it achieves positive wealth added”. This gave Temasek the firepower to contribute to Singapore COVID-19 response without having to sell any assets to fund the exercise.

These efforts included supplying zero-alcohol sanitiser to every household, when there was a shortage of alcohol hand sanitisers, alcohol-based hand sanitisers to frontline workers and domestic workers. Temasek also distributed a free pair of DET30 masks to each resident in Singapore.

She also listed other companies such as private hospital groups, private GP clinics, Resorts World Singapore, Ascott and others that pitched in.

One example she cited was when teams from Parkway and others completed the tested of over 300 smaller factory converted dormitories. This complemented the wider government efforts to targeting larger purpose-built dormitories.

She also shared other examples, and you can read them here.

Given so much has happened in the first half of the year, it will be interesting to see how Temasek’s portfolio has actually performed, as well as how it has potentially rebounded since its March lows.

Another interesting area will be to look at the kind of companies that Temasek has invested into or divested out of.

Read Also: 5 Takeaways From Temasek 2019 Performance (That We Can Apply In Our Own Investment Portfolios)