What Is Going To Happen To The Property Market In Singapore? 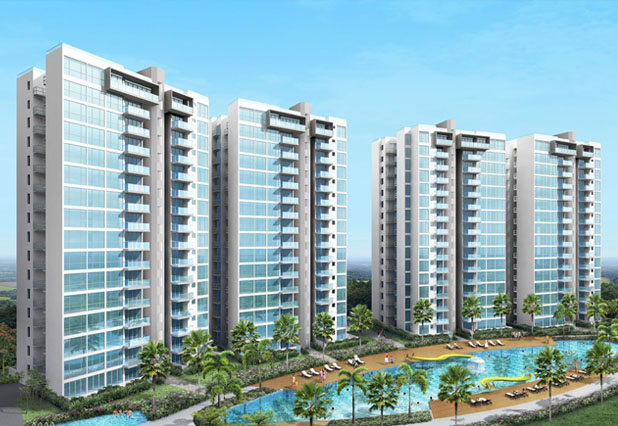 In the past couple of weeks, there had been a few articles talking about the bad state of the residential property market in Singapore. DTZ reported that there were a total of 87 units put up for auction by banks last year due to the inability of their owners to service the home loan. This represents an increase of 40 units from 2014, where 47 units were put up for auction in similar circumstances.

The Straits Times continue to add fuel to the fire in an article yesterday by writing about resale condominiums that were sold for under $1million. It appears to be a strange article to us, with the article seemingly picking at random condominium developments that happened to have units being sold for less than $1million in recent months.

It is strange because from what we know, condominium units being sold for less than $1million have always been around. So why the sudden urge to focus on such units as if it something unexpected has happened? Are These Units Really Cheaper?

It is easy to read the headlines of such an article and immediately shout “Huat” if you are one of those potential buyers flushed with cash waiting at the side lines for the market to crash. We know quite a few people who are doing that (more on this later).

But one glance at the above table compiled by the Straits Times and a savvy property investor would notice that something is slightly amiss. Or more accurately, that there is nothing really special about the numbers to warrant an article to begin with.

Let’s take Citylights condominium as stated in the Straits Times article for example. The condominium is situated at the Lavender area. Based on a URA search of its prices in 2013, a 560 square feet unit had always been selling at about $1,700+/psf. So why would a similar sized unit being sold at $1,732 psf suddenly catch people’s attention.

Likewise, we take the example JLB Residence, which is situated at the Downtown East area at Pasir Ris. A check on URA revealed to us that only one unit was sold over the last 3 years. The price of the unit was $1,049psf, which according to the Edge Research, was a historical high for the development. It’s most recent sales price of $939 square feet, while lower, appears reasonable for a unit that is not in anyway close to any MRT station nor offices.

We are not going to go through the entire list that Straits Times have shown. But if you are really interested, we encourage you to take your own look and compare the prices of these condominiums against historical prices to see for yourself if they are really cheaper today, and if so, by how much.

The Property Market Is Still Slowing Down

Before you get start thinking that all the negative sentiments you heard about the property market are fake, slow down first. That isn’t true.

The property market has indeed slowed down. For the time being, you can even call it a dead market. Developers are not launching new projects simply because they have not been able to sell off units in their existing projects. With close to 25,000 unsold units island wide, there is quite some way to go before we exhaust our current batch of supply.

Potential homebuyers with cash are not rushing to showrooms to pay the asking price requested by developers. Most potential buyers are employing a “wait and see” approach, confident that prices will continue to creep down. If you are looking to get a steal in the property market, here is one thing that might be interested to know first about the psychology of investing.

The same concept applies to property investing. Making a loss of $50,000 on your property is a lot more painful than the joy of earning $50,000 on the same property. A homeowner who bought a unit at $1 million is not simply going to say that since the property market is slowing down, he will sell it to you at $950,000. No, as far as possible, he is going to hold on to it at least until he breaks even with his purchase price just to feel better about it.

When Real Losses Will Occur

Real losses, which lead to great opportunity, occur when really bad things happen. Think of all the past recessions over the last 20 years that have led to property prices slumping.

These are all massive events that led to the closure of businesses, the extensive loss of jobs both within and outside of Singapore, the loss of people’s retirement savings and in some cases, even death. The impact that these major recessions caused can still be felt today by the families who were affected.

When major events that lead to the drop of the property market do eventually happened, you would be seeing tears and despairs on the streets; you would be hoping you can keep on to your job so that you can service your own mortgage. It would be naïve to think that the property price slump that many people are anticipating or even hoping for would be a happy investment opportunity for the masses. It will not.

A lot of the reasons behind the current slowdown of the property market in Singapore have been caused by “man-made” factors. Stamp duty taxes for buyers and sellers, property loan restrictions and now, rising interest rate brought upon from the US Federal Reserve.

These factors are important and can indeed influence the local property market. For the time being however, developers who are holding on to unsold units are still in a “healthy” enough state to hold on and wait for the market to recover, or to lobby for the government to remove the cooling measures.

This is not a sign of a property market about to collapse. For real drastic drop to occur, these property developers must be in a dire enough state that they have to offload their properties at dirt-cheap prices in order to survive.

What Will Happen Next?

Unfortunately, we do not have a crystal ball.

That being said, it is always worth looking into the stock markets to observe what is happening since a correlation usually exists between the stock and the property market. Stock markets have not done well over the past 6 to 8 month. The question we need to ask ourselves now is whether this will get worse, or if there would be some unexpected international event or disaster that would be the trigger for things to continue sliding southwards.

The other thing worth taking note is people’s sentiments. If you see many of your friends talking about entering the stock or property market once it drops like they are some investing gurus, then you can safely assume that is not likely to happen.

However, if your friends start begging you for a job or some money, then you can start thinking about grabbing a steal in the market, assuming you still have a job then.

Guide To HDB 2-Room Short-Lease Flexi Flat For Retirees
Which HDB Type Can You Buy From Your Monthly Wage?