What Heng Swee Keat’s Stroke Means For The Average Singaporean

How does the government shape up now after Minister Heng Swee Keat’s illness? 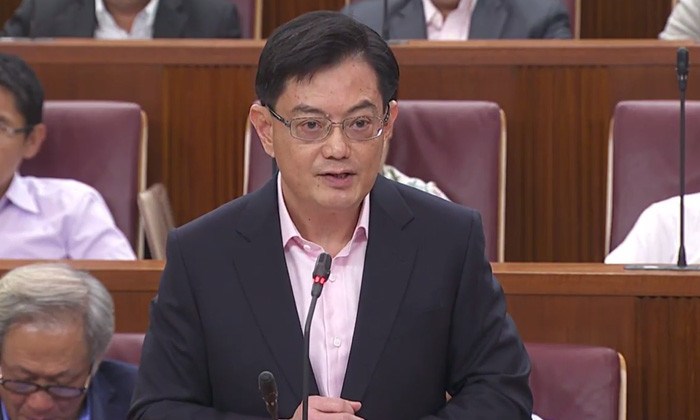 Most of you would have heard by now about Finance Minister Heng Swee Keat sudden collapse during a recent Cabinet meeting after suffering a stroke. This has caused waves of concern among Singaporeans, with this being the most significant health issue suffered by a minister since the passing of former Minister Mentor Lee Kuan Yew.

It is assuring to know that Minister Heng is now in stable condition. With the news of Minster Heng’s stroke, we have seen an outpouring of good wishes and get well soon messages on his Facebook page as well as on related news articles.

We look at what this means for the average Singaporean.

As the Minister for Finance, Heng Swee Keat is a minister that would strike most Singaporeans as one that the government cannot do without. He heads the Ministry of Finance and is a member of parliament (MP) representing Tampines Group Representation Constituency (GRC). Minister Heng also helms the Committee for Future Economy (CFE), a role which positions Singapore’s economic future.

He was the previous Minister for Education and also the Principal Private Secretary to former MM Lee Kuan Yew. Involved in politics since 1997, Minister Heng has more than 18 years of experience under his belt.

Minister Heng is well-known as someone who is earnest, respectable and humble. A core member of the leadership team bringing Singapore forward, many see Minister Heng’s potential in becoming the next Prime Minister.

The question many of us might have now is: who then covers Finance Minister Heng’s duties? The government has been quick to respond to this public concern.

DPM Tharman Shanmugaratnam was immediately appointed to cover for Minister Heng as the Finance Minister. Minister Tharman was the previous Minister of Finance before Minister Heng took over after the elections in 2015.

Minister Tharman has been serving as a Deputy Prime Minister since 2011 and is the Chairman of the Monetary Authority of Singapore (MAS). He is also a MP of Jurong GRC and was also appointed as the Coordinating Minister for Economic and Social Policies.

With his vast experience as a former Finance Minister, this interim appointment comes with little surprise and the Ministry of Finance is in good hands.

Read Also: Why Budget 2015 Means Nothing To Us

PAP member Sin Boon Ann, a former MP of Tampines GRC, will be standing in for Minister Heng’s grassroots duties as the second advisor. Sin is the Deputy Managing Director of the Corporate and Finance Department of law firm Drew & Napier.

Although Sin is an unelected party member, his appointment to oversee constituency matters does not come without reason. From previous cases, such as the passing of PAP MPs Dr Ong Chit Chung in 2008 and Dr Balaji Sadasivan in 2010, PM Lee has said that a by-election is not necessarily called as there are other MPs within the GRC that are capable of looking after the ward.

Minster for Trade and Industry, S Iswaran has been appointed as the Co-Chairman of the CFE. Minister in the Prime Minister’s Office, Chan Chun Sing, will then fill Minister Iswaran’s vacated role as Deputy Chairman of CFE.

Be Prepared At An Individual, Business & National Level

The news of Minister Heng’s stroke came as a huge shock to Singaporeans. Most would think that Ministers have the best healthcare services provided, with regular medical checkups done. Furthermore, at 54 years of age, Minister Heng would be considered as a relatively young minister.

However, health issues can often come unexpectedly, be it young or old. We must all take the necessary precautionary steps for ourselves and for our loved ones by scheduling frequent medical checks and not to to take small symptoms too lightly.

This also serves as a reminder for us, to have the appropriate insurance policies in place. We need to be aware of what insurance policies we have as well as what we lack. It also raises the importance of saving up for rainy days, with our health being the top priority.

The reminder that any health issues can strike suddenly isn’t just limited to individual. Businesses face this “key man” risk as well. C-level executives of businesses may suffer illness without warning, thus sending the business to tackle ongoing challenges without their key man around. And as we learn in the past week, the “key man” risk also exists at the national level.

Even as we say people carry “an incredible load” within our organisation, be it running a business or a country, we must still remember to always have a backup plan should the worst happen. An insurance plan isn’t just about buying the right insurance policy; it is also ensuring that you have a fallback plan as well.

We are still not sure about Minister Heng’s condition though we are confident he is getting the best possible healthcare. The road to recovery is going to take time. While we hope for our minister to have a full and speedy recovery, it might be more prudent, on the national level, to plan for a cabinet that takes into consideration the possiblity that Minister Heng may remain on the sideline for the foreseeable future.

Even when he returns, the “incredible load” that he was taking care of should be shared among more individuals within the government.

If you are thinking of buying your first BTO flat in the near future, DollarsAndSense.sg is organising an “All You Need To Know About Buying Your First BTO Flat In 90 Minutes” talk. It is going to be extremely relevant for couples who are thinking of getting a BTO flat during the upcoming HDB launches this year. We have limited slots, so register quickly if you think this event suits you.