Should You Renew Your COE Or Buy A New Car

A brand new car might be more expensive, but not as much as you expect. 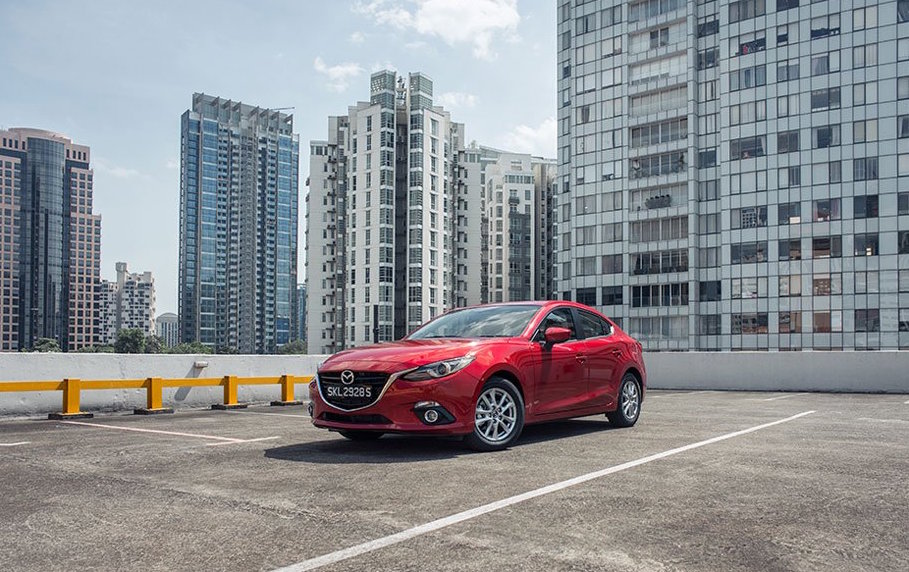 Here is a transport related question that is uniquely Singapore. If you currently own a car that is reaching the end of its Certificate Of Entitlement (COE), should you consider renewing the COE for a further 10 years, or buy a new car instead?

Cost Difference Between Getting A New Car And Renewing Your COE

It is natural to quickly presume that renewing your COE would be much cheaper than getting a new car. For the most part, that is usually true. But just how much are the cost differences that we are talking about?

Estimated PARF Rebate At The End Of COE When Car Is Deregistered: $8,408 Assuming a car owner uses up the 10-year COE before deregistering it, the PARF rebate (i.e. paper value) for a Mazda 3 would be about $8,400. If we assume that the car has no body value left on it (i.e. dealer do not pay you any extra money to deregister), that will be the amount received.

Our initial calculation did not take into consideration the future PARF value car owners would receive back if they bought a new car, and then deregister it 10 years later.

Having illustrated that an owner would pay about $86,600 for a new Mazda 3 after the PARF rebate, the actual cost would further reduce to $78,000 once we take into account the next PARF rebate.

The difference would be about $31,500 once we take into account the PARF rebate for the next car

$42,000 may seem costly, but the actual cost would be lower than than that once you take into consideration the higher repair costs and maintenance incurred due to up keeping an older car.

Repair and maintenance cost can vary significantly depending on the condition of the existing car. One can easily expect to pay about $15,000 or more over the next 10 years for repairs. In addition, maintenance and fuel efficiency will also be more expensive. Even if we assume this is as little as $40 per month more, you can expect to pay $5000 more over a 10-year period.

In total, we can easily expect to pay at least $20,000 or more for up keeping an older car.

Editors Note: The difference is actually about $11,500 once you take into consideration the double effect of the PARF rebate

Estimated PARF Rebate At The End Of COE When Car Is Deregistered: $27,155

Buying A New Audi A6 In contrast, extending the COE for an Audi A6 would cost about $48,000. Repair cost would be tricky. One hand, a well maintained German car should be expected to have fewer problems in the long run. That being said, a problem with a major component such as the transmission could easily cost more than $5,000 to fix.

Editors Note: The difference in cost is about $157,000 once we take into consideration the effect of the PARF rebate from the new car

When Should You Choose To Renew?

Generally speaking, it would be more much worthwhile to extend the COE for more expensive and established car brands such as Audi, Mercedes & BMW. As a proportion to the overall price of the car, the COE for these cars could represent about 25% of the total price.

In contrast, for more affordable brands such as Mazda, Kia or Mitsubishi, the COE could easily represent 50% of the price of the car. Paying more money to get a new car (i.e. $42,000 more for a Mazda 3) could save owners thousands of dollars in repair cost over the next 10 years.

Ultimately, car owners should have the best gauge of the condition of their current car. If you are already spending quite a fair bit of money fixing parts that are failing, chances are you will be spending a lot more money in the next 10 years after you extend your car’s COE.

Paying more to repair an old car is expected. Aside from the wear and tear for older parts that need to be replaced, it is also possible that older car models may not have spare parts for repair. It has to be imported from overseas, adding to the cost.

Road tax also increases for vehicles that are older than 10 years. According to a LTA document, “the surcharges increases at a rate of 10% per annum of the basic road tax amount payable, up to a maximum of 50% per annum.”

In such instances, buying a new car might only cost a little more, in contrast to spending a bomb on repairs in the future.

If your car is giving you hardly any problems, and have a relatively low mileage to go along with it, extending the COE, particularly for more expensive car models, might be the better and much cheaper option.

However, we’d like to clarify that just because a model is expensive does not always mean it is better, or cheaper to maintain. Expensive car models usually cost more to repair. Mileage is also a better gauge on how old a car truly is. All this should ultimately factor in to whether a car owner should extend his COE, or buy a new car.

Read Also: Why Are Cars In Singapore So Expensive?

Following feedback from readers, we have published an additional article to further explain in details other factors to be considered when deciding between extending the COE or buying a new car. We strongly recommend for you to read our follow up article, please click here.