Maybe You Don’t Have To Be Number 1

When it comes to investing, being second is okay. 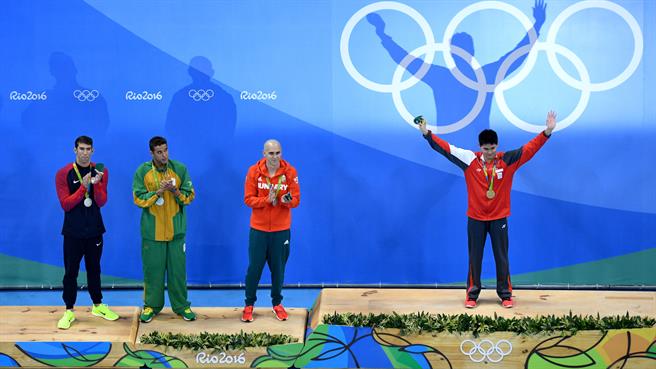 This article was first published by Cheerfulegg

So part of my new Sunday housework routine (#marriedlife) is that I listen to podcasts while mopping the floor and washing the toilets. Last Sunday, I came across this excellent 3-hour+ episode of the Tim Ferriss Show with David Heinemeier Hansson (DHH).

Who? His name may not be immediately familiar to you, but he created the programming language Ruby On Rails, is the founder of collaboration software Basecamp, and is a Le Mans class-winning racing driver. (As if being a friggin’ programmer wasn’t enough, right?)

I got really excited by this episode when he started talking about his philosophy of skill acquisition(around the 50-minute mark of the podcast episode, if you’re impatient), because there just so manyapplications of this in investing and in life.

Here’s one thing DHH reminded me of:

It’s Really, Really Hard (And Not That Interesting) To Be The Best

I don’t have to tell you that it’s incredibly difficult to be #1 at anything. If you want to be Michael Phelps (I respect you, Joseph Schooling, but Mikey’s been in the game for way longer), Michael Jordan, Warren Buffett, or Tiger Woods, it literally takes a lifetime of mastery at one single skill.

But here’s the thing: Maybe we don’t have to be the world’s best. Think about the odds of achieving that level of success. Not only do you have to sacrifice pretty much the rest of your life, there’s also a not-insignificant amount of luck involved. For example, Bill Gates was successful in part because he had access to computers that very few people had at the time.

As David mentions during the podcast:

“I don’t want to have to put in 100% to have a really, really, poor chance of being Michael Jordan.”

Plus, dedicating your entire life to just one pursuit is boring. The media often over-romanticises the singular expert, but some of the most prolific figures in the world had/have multiple skills: Benjamin Franklin, Tim Ferriss, DHH, Elon Musk, Thomas Edison, Steve Jobs, etc.

Life gets a lot more interesting if we get to enjoy the richness and variety of the world; while actually having a life.

Tim Ferriss elaborates on this principle in his book The 4-Hour Chef, where he compares 2 of the most-viewed freestyle swimming videos in the world:

You’ve not heard of Shinji because he isn’t #1. But he does offer a method of learning freestyle swimming that’s basically easy-to-learn and looks effortless. If you want to learn swimming, you don’t need to be the best. You just need to be good.

“These top 0.01%, who’ve spent a lifetime honing their craft, are invaluable in later stages, but they’re not ideal if you want to rocket off the ground floor. The Shinji Takeuchis, on the other hand – the rare anomalies who’ve gone from zero to the global top 5% in record time, despite mediocre raw materials – are worth their weight in gold.”

Or as DHH puts it:

“I just wanna make it to the NBA, I don’t have to be Michael Jordan.”

But is this just a cop-out? Are we just settling for second best when we could have been the World #1?

No. My hypothesis is that a lot of people wallow in mediocrity because of their unconscious need to become #1. The prospect of becoming “the best” is often so terrifying that most people never get started.

The Easiest Way To Beat 90% Of Investors

Every day, I get questions from readers who ask me what I think of Investment A vs. Investment B. They’ll say things like, “Hey Lionel, the bank tells me that this Unit Trust can give me 10% returns. Isn’t this better than investing in the STI?”

Here’s what they’re actually asking: Which is the BEST investment?

The question is irrelevant. Your job as an investor is not to find the “best” investment in the world. Your job is not to become Warren Buffett. Your job is to grow your money to a level that buys you freedom and tranquility. That’s it.

I don’t care if your unit trust has a high chance of earning 200% next year. Most people spend years trying to find these unicorns, while letting their cash get eaten away by the inflation moths.

Contrast the hopeless journey to find the “best” unit trust with the much simpler alternative: Investing in the market.

Given that 9 out of 10 US equity funds failed to beat the market over the past year, I can simply invest in the market and automatically beat the 90% of investors who’re killing themselves trying to be the best.

Life is a lot more fun when you’re not trying to be #1 all the time.

Part 2: Top 20 Things That Happened In 2016
5 Things Financial Advisors Can’t Seem To Agree On, And How It Affects You As A Customer