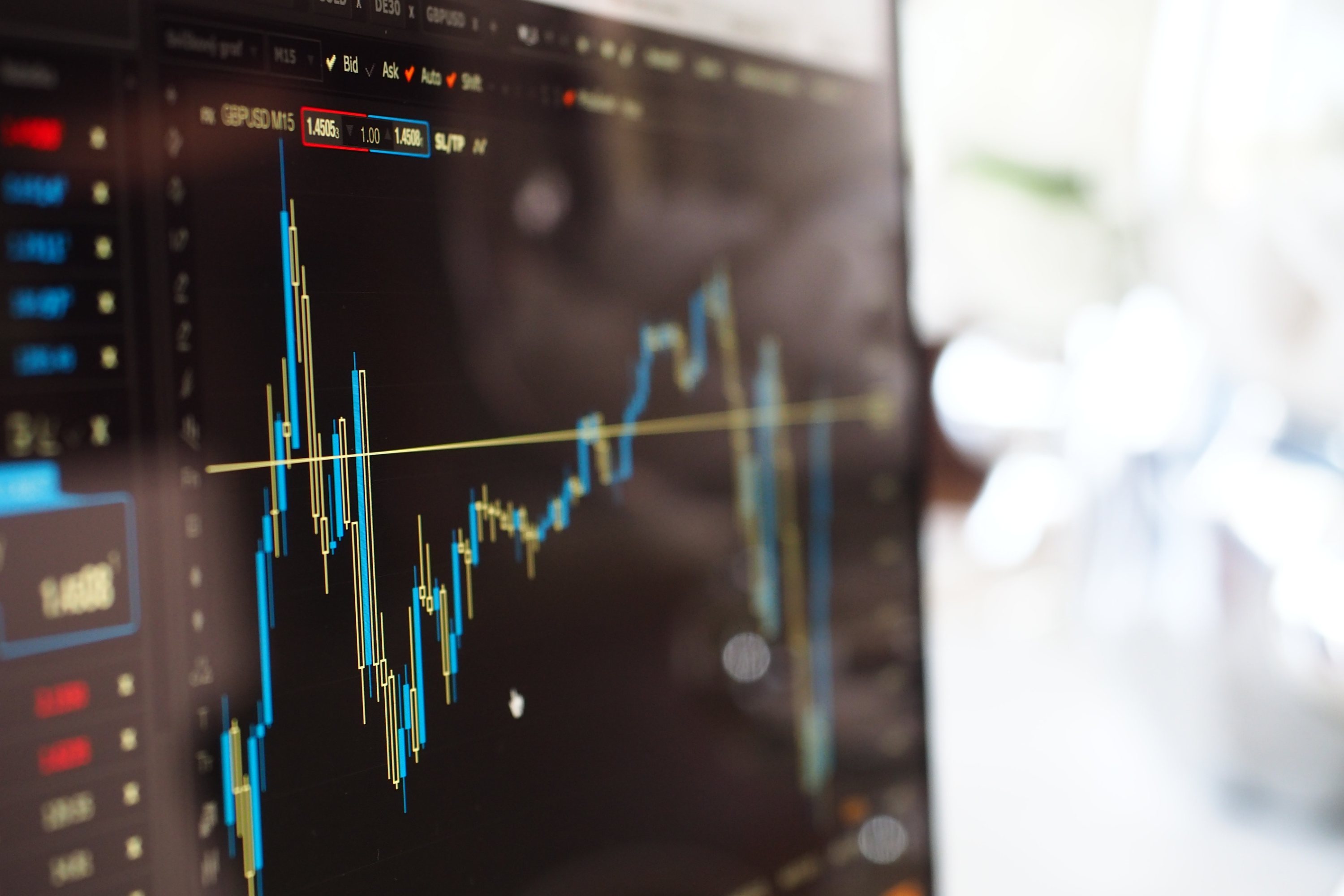 Based on the two IPOs that have listed in the first two months of 2020, it looks like the SGX is on course to see a similar number of IPOs as 2019 – around 12?

At the same time, there have also been a string of delistings as well. They include well-known names like Global Logistics Property (GLP), Keppel T&T, M1, and many more in recent years.

While this doesn’t necessarily bode well for the diversity of companies that we can invest in on SGX, this is a problem that even the established markets such as the US and UK face. On the other hand, SGX can take heart that the total amount raised in 2019 was approximately $3.8 billion, 5 times the $730 million raised in 2018.

With that said, we take a look at the newest names on SGX in 2019 and look at how they have performed.

Read Also: Elite Commercial REIT: 10 Things You Need To Know About Before Investing 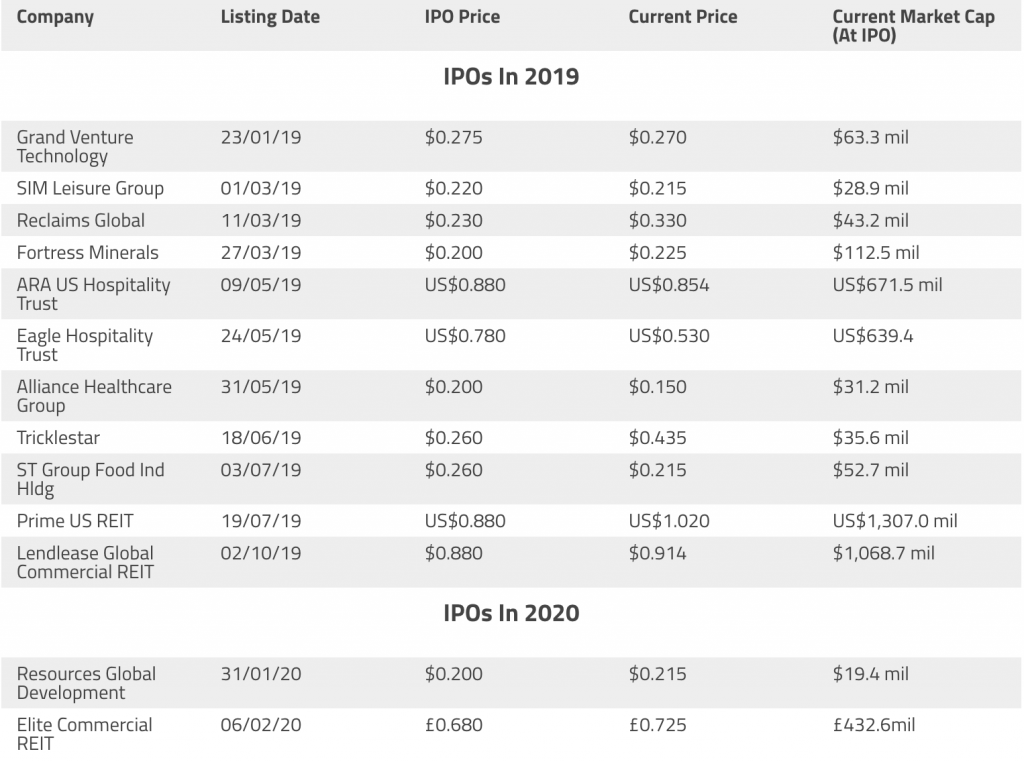 According to its website, GVT is a manufacturing solutions and service provider for the semiconductor, analytical life sciences, electronics and other industries, and has operations in Singapore, Malaysia and China.

GVT was the first IPO on SGX in 2019. Listed on SGX’s Catalist list, a second board (in addition to the Mainboard) which is typically home to younger companies and is less stringently regulated.

Sim Leisure Group, or SLG, is a leading theme park operator in Penang, Malaysia with 30 years of experience under its belt. It operates the ESCAPE Adventureplay and ESCAPE Waterplay in Penang. Currently in the planning stage is a third theme park in Penang – ESCAPE Gravityplay – as well as expansion of its theme park presence in China.

Also listed on the Catalist list, it recorded revenue growth of 1% to RM8.5 million in its half-year announcement on 14 August 2019. Mainly due to growth in expenses, it made a net loss of RM2.8 million during the reporting period.

ARA US Hospitality Trust was the first REIT to be listed on SGX in 2019 and was also the first SGX Mainboard listing in 2019.

The first US pure-play hospitality REIT to be listed in Singapore and Asia, ARA US Hospitality Trust has a portfolio of 41 hotels, with 5,340 guest rooms, across 22 states in the US.

It has not provided a distribution to-date and states that its first distribution will be for the period from its listing to 31 December, and will be paid on or before 31 March 2020.

Read Also: Step-By-Step Guide To Subscribing To An IPO (Through Internet Banking)

Similar to ARA US Hospitality Trust, it has also not provided a distribution to-date and states that its first distribution will be for the period from its listing to 31 December, and will be paid on or before 30 March 2020.

Listed on 31 May 2019, Alliance Healthcare Group is an integrated healthcare solutions group primarily operating in Singapore.

In its latest full-year results, it recorded an 8.0% increase in revenue to $36.5 million. However, due to a decrease in profitability in its businesses and IPO listing fees, it reported a 77.7% drop in net profit to $774,000.

Tricklestar designs and supplies energy-saving products to help consumers reduce energy consumption and wastage in their homes and workplaces, and sells to electric utilities, energy efficiency programmes, implementation contractors and energy auditors in the US. Its products include advanced power strips, load controllers, energy monitors, energy meters and surge protectors.

In its latest half-year results, it reported a 12.3% increase in revenue to US$6.6 million. Despite this improved performance, it incurred a net loss of US$299,000, mainly due to IPO listing expenses.

Operating mainly in Australia, New Zealand, Malaysia and the United Kingdom, ST Group Food Industries holds the exclusive franchise and licence rights to popular F&B brands such as “PappaRich”, “NeNe Chicken”, “Gong Cha”, “Hokkaido Baked Cheese Tart”, “Ippudo” and “iDarts” in various territories. It has also developed its own brand concepts “PAFU” and “KURIMU”. It has a network of 113 outlets.

Prime US REIT was the first SGX listing over the billion-dollar mark in 2019. With a market capitalisation of US$1.3 billion, Prime US REIT owns a portfolio of 11 freehold office properties across nine key US office markets.

Similar to the two other REITs, which also were exposed to a US pure-play property portfolio, Prime US REIT will be paying its maiden distribution on or before 30 March 2020, for the period from its listing to 31 December 2019.

The final IPO in 2019 was Lendlease Global Commercial REIT, which owns two properties – 313@somerset in Singapore and Sky Complex in Milan, Italy. It has a market capitalisation of $1.1 billion.