5 Things To Know About Emperador Inc (SGX: EMI), The Largest Brandy and Spirits Company In The Philippines

If you love brandy, chances are that you are already a customer of Emperador. 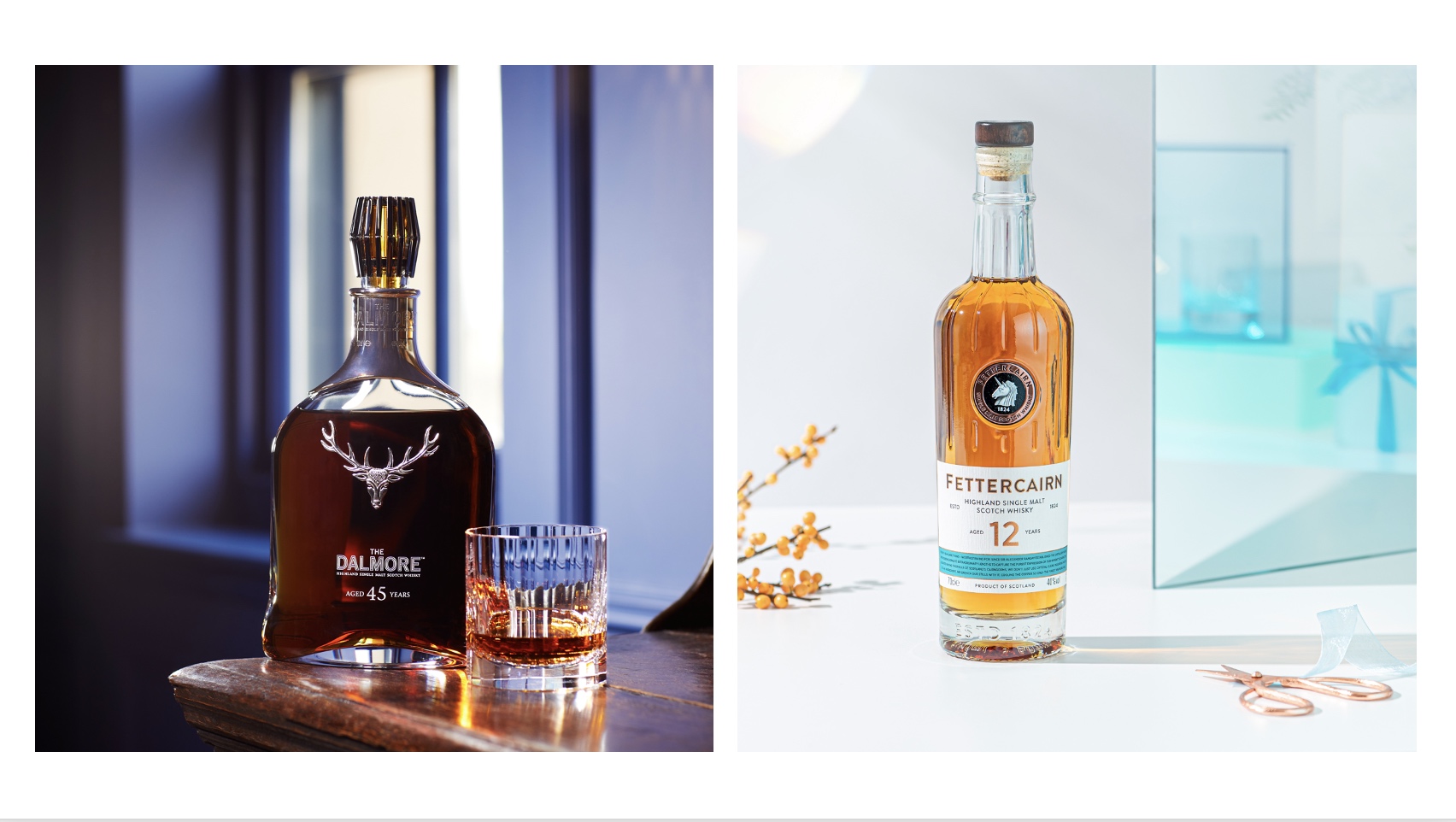 Those who are keen to invest in spirits (referring to alcoholic beverages here!) and the likes have got another option with Emperador Inc (SGX: EMI).

Emperador became the first Philippine Stock Exchange-listed company to have a secondary listing on the Singapore Exchange (SGX) when it started trading mid-this month.

Emperador is now the second regional spirits company to be listed on the SGX, after Thai Beverage (SGX: Y92), Thailand’s largest bottler and distributor of whisky and rum and an “old boy” of the Straits Times Index (STI).

Many may not know, but Emperador is the biggest whisky company in the Philippines and the largest brandy company in the world. Its namesake, Emperador, is the world’s top-selling brandy by volume (I certainly didn’t know this until I read about the company).

In all, Emperador’s portfolio of whiskies and brandies features more than 300 years of heritage, and its alcoholic beverages are distributed in more than 100 countries. 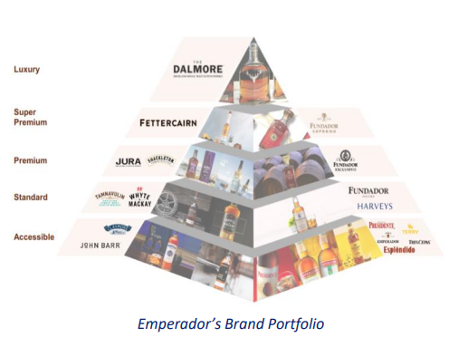 With that, here are five interesting things about Emperador that investors should know about.

#1 For someone who is new to your company, can you explain (in as little words as possible) what Emperador does?

Emperador Inc. is a leading high-growth international spirits company with a deep portfolio of globally recognized, market-leading whiskies and brandies distributed in over 100+ countries.

Emperador started as a small brandy company in the Philippines. With passion and a great product, Emperador became the biggest brandy producer and largest spirits company in the Philippines. But Emperador had bigger ambitions. With internationalization and diversification in mind, Emperador acquired Whyte & Mackay, the 5th biggest scotch whisky maker in Scotland, and Bodegas Fundador, the biggest and oldest brandy maker in Spain. Armed with these iconic and heritage-rich brands in its roster, Emperador is now embarking on its second phase of growth – internationalization.

#2 Having a “moat” or a competitive advantage is something many investors look for in companies they invest in. Can you share how Emperador has a strong advantage?

The single malt industry is difficult for a new entrant to participate in primarily because of large barriers to entry. Much capital investment is needed to build distilleries, warehouses, build brand equity. But perhaps the biggest barrier to entry is time. Quality single malts are aged for a minimum of 12 years – that is a big investment, a very big “moat.”

Among the spirits giants of this world, Emperador is unique in that it is an Asian company. It is an Asian company owning the 5th largest scotch whisky maker and the biggest and oldest Spanish brandy maker. These products are already doing well in Europe, so the next stage of growth is to bring these brands to Asia. Many western spirits brands have entered Asia, but many struggled because they could not appeal to the Asian consumer. Emperador, being an Asian company, is able to understand Asian tastes well. The company tailor fits the product, packaging, and marketing to Asian preferences. This is not something that is easily replicable by competitors. Emperador’s exceptional performance in China and other Asian markets proves that it can execute in Asia – the region with the biggest growth potential.

Despite headwinds from COVID-19, Emperador’s stellar 2021 performance was made possible by the strong brand equities of its products as consumers continued to seek out its products.

Emperador’s premiumisation strategy was also a key driver of our performance in 2021. Net profit for both whisky and brandy segments were lifted by improved product mix as more of the premium, higher margin products were sold.

#4 How do you see revenue and profit tracking for the year?

Emperador is looking to record another banner year in 2022. Despite the macro headwinds in 1Q22, with COVID19 lockdowns globally due to the Omicron variants, supply chain and logistics disruptions, the Russia-Ukraine conflict, and inflation, Emperador still managed to deliver a good set of results. Hence, the company is confident that its performance in 2022 will not disappoint.

#5 Could you elaborate on the future direction for the whisky and brandy business?

Emperador believes that premiumisation is the future of the brandy and whisky markets. As consumers become savvier and seek out better drinking experiences, they now better understand the value of premium liquor and are willing to pay a premium for superior quality.

In its view, whisky premiumisation has put single malt on center stage. Since its acquisition of Whyte and Mackay, it has been focusing on the single malt business.

This has led to the outstanding performance of its products where Dalmore, Jura, and Tamnavulin are now among the top 20 single malts in the world, with Jura being the top-selling single malt in UK.

Tamnavulin and Jura are also the world’s fastest and second fastest growing single malts respectively in the past 2 years. The Dalmore has also enjoyed strong demand, with the product being on worldwide allocation since 2018. Emperador’s premium single malt whiskies have seen strong growth in the past few years, and it expects demand to continue to grow.

Fundador sits in a unique position as a Brandy de Jerez (or Sherry Brandy), which is protected by the Regulatory Council of Jerez Brandy. This makes it one of three regulated brandies in Europe, similar to Cognac and Armagnac. Emperador believes that with more education on Brandy de Jerez, Fundador will lead the premiumisation of brandy.

Editor’s Note: Some answers for this article were extracted from the SGX 10 in 10 series published on 27 July 2022 and have been republished with permission. You can read more on the SGX website.

Read Also: 5 Things To Know About mm2 Asia, The Company Behind Cathay Cineplexes