We can invest in the companies behind our favourite restaurants. Do you put your money where your mouth is? 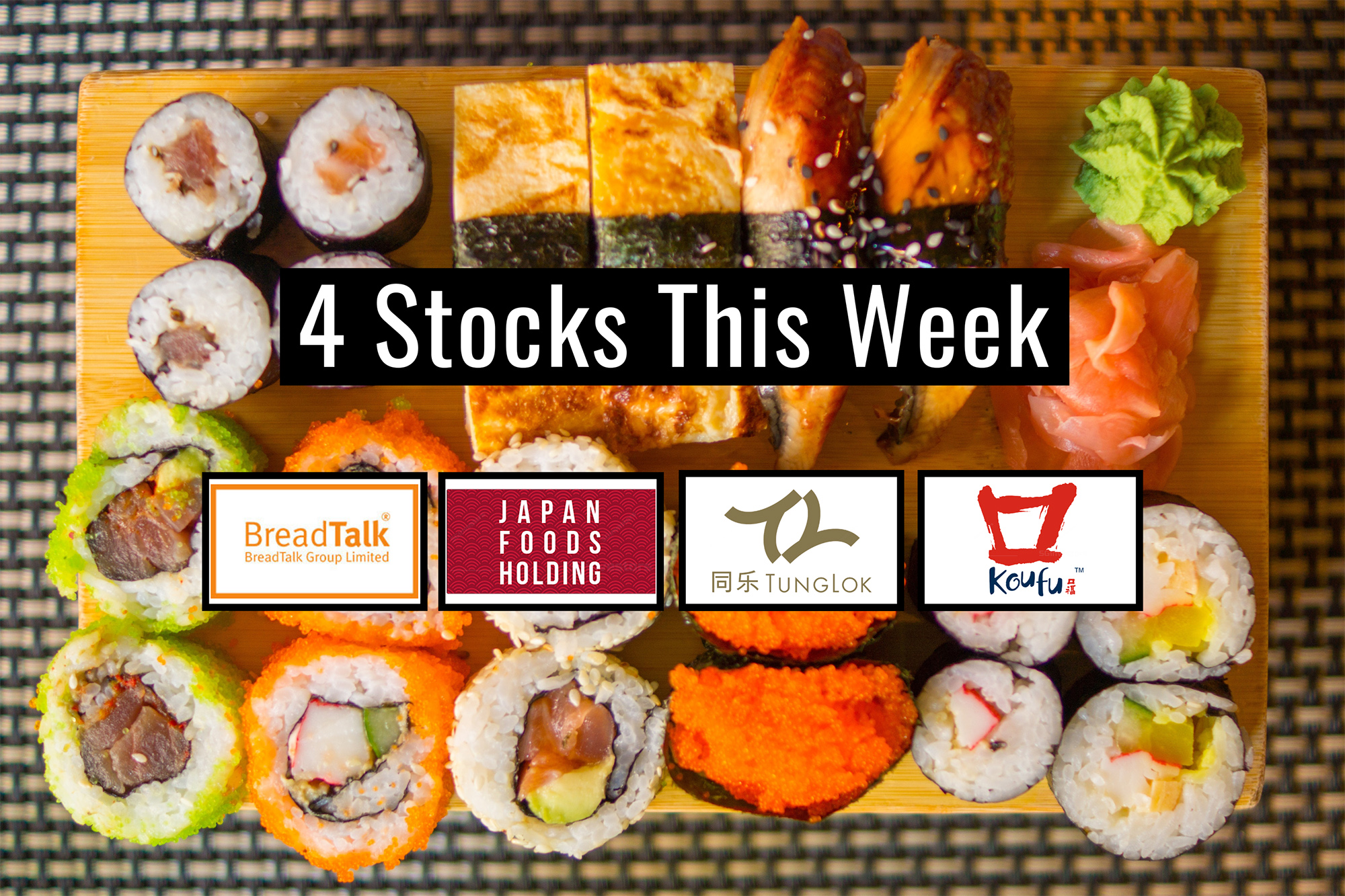 Singaporeans are willing to spend hours queuing for food that is said to be good. It’s been 2 months since Shake Shack opened at Jewel and the hype has yet to die down as Singaporeans continue to stand in line for more than an hour to get their hands on the famous burgers.

In this week’s edition of 4 Stocks This Week, we look at 4 companies that own some of the most popular restaurants in Singapore, many of which we frequently dine at.

Read Also: Why Do We Pay More For A&W In Singapore At Jewel Changi (Compared To Overseas)?

BreadTalk was listed on the SGX in 2003.

BreadTalk has multiple well-known brands under their name. This includes restaurants such as Toast Box, Din Tai Fung, Food Republic and Song Fa. Outside of Singapore, BreadTalk also has presence in countries like China and Thailand.

Read Also: GrabFood VS Foodpanda VS Honestbee VS Deliveroo: How You End Up Paying Different Prices For The Same Food Order

Japanese restaurants can be found in malls all over Singapore. Japan Foods operates a chain of more than 40 restaurants in Singapore that serve authentic Japanese cuisine.

Japan Foods has an extensive list of franchise brands under them including popular Japanese restaurants such as Akimitsu, Ajisen Ramen, Menya Musashi and Osaka Ohsho. Other than Japanese cuisine, Japan Foods also has brands such as Fruit Paradise and New ManLee Bak Kut Teh. Outside of Singapore, Japan Foods has also ventured into countries such as Malaysia, Vietnam, Hong Kong and China.

Japan Foods has been consistently giving out dividends to its investors since 2009. In 2018, Japan Foods dividends totaled $0.021 per share, a dividend yield of 4.77%

Read Also: Why Establishing A Strong Portfolio Of Brands Such As Ajisen Ramen & Menya Musashi Is Similar To Investing In The Stock Market

Beyond Singapore, Tung Lok has presence in other Asian countries including Indonesia, Japan, China and Vietnam.

Read Also: Why Do We Pay More For A&W In Singapore At Jewel Changi (Compared To Overseas)?

Besides Koufu food courts, there are other food halls under Koufu such as Cookhouse, Happy Hawkers, Rasapura Masters, Fork & Spoon and Gourmet Paradise. This totals more than 60 food courts in Singapore. Cafe & restaurants include 1983, Elemen and Grove. Both Elemen and Grove offer meat-free dining concepts that focus on natural, healthy ingredients.

Koufu has in recent times entered the bubble tea market in Singapore with concept stores like R&B tea and SuperTea. A widely popular bubble tea store, R&B Tea already has 16 outlets in Singapore.