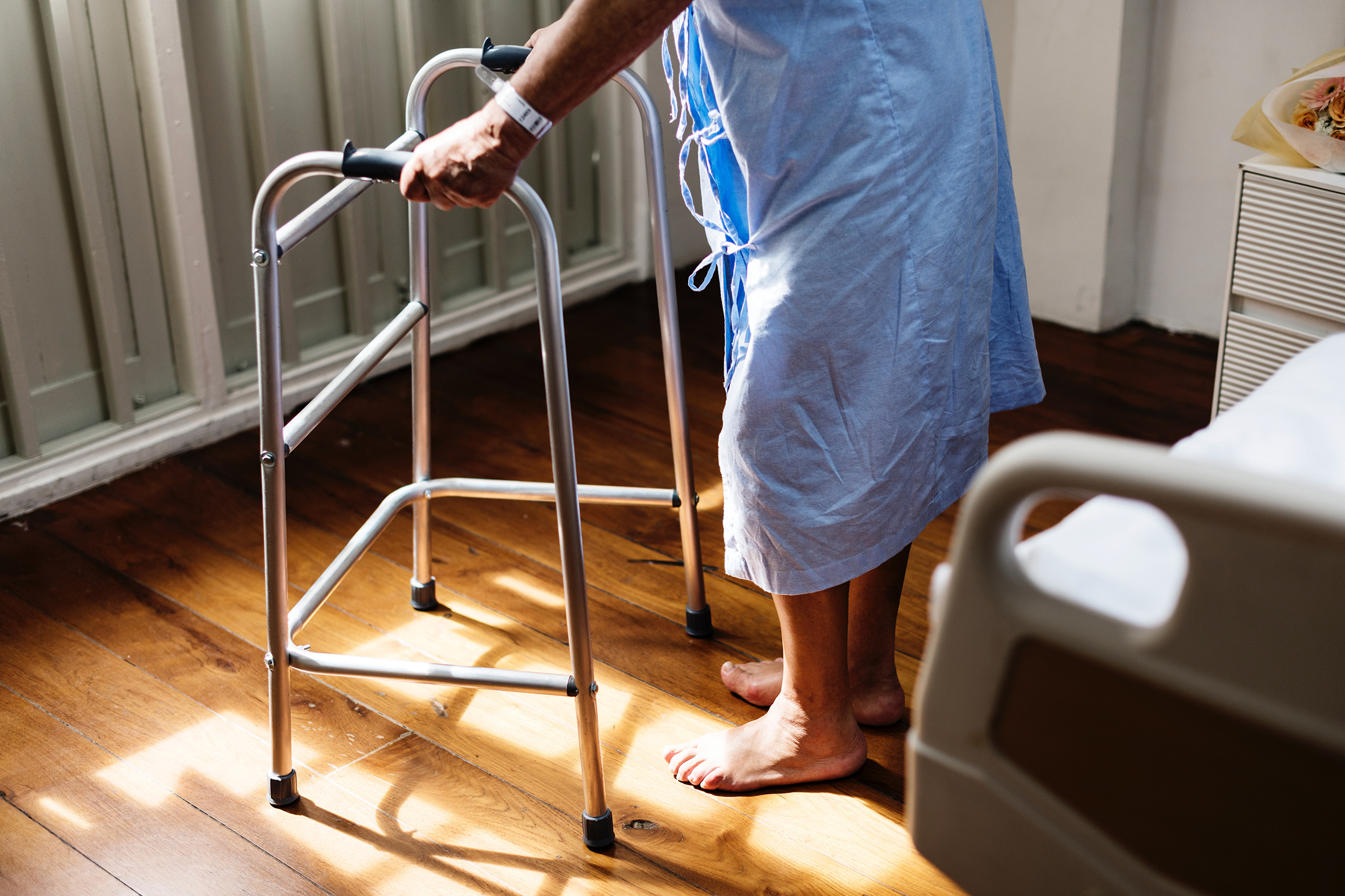 This article first appeared on fundMyLife. It was written with insights from Jennifer Neo, Roshan Belani, and Winifred Tan, who are financial advisors on fundMyLife, the platform that connects financial planning questions to the right advisers.

Critical illness insurance can be a lifesaver, since you are paid a lump sum if you are diagnosed with any of the 37 critical illnesses. We have written quite a bit of this topic, but why not hear it from the advisers themselves?

We asked three advisers on the fundMyLife platform on their thoughts regarding critical illness insurance and what they think are common misconceptions. Here are the insights they have to share. 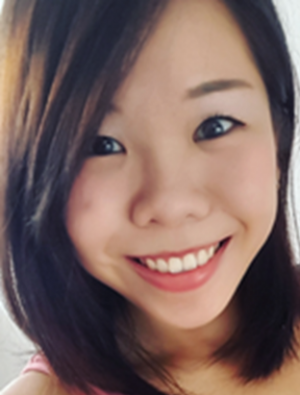 In the past, I took up two orphan clients – clients without a servicing adviser – referred to me by a friend from a different company. They owned two plans: Living Choice and Universal Care, taken up in 1997. 20 years later, in 2017, the wife was diagnosed with Parkinson’s disease, a long-term degenerative disorder of the central nervous system that mainly affects the motor system. It could reach a stage of paralysis where the legs are stiff frozen, limiting mobility.

At the time of her claim, she was a 53-year old housewife. She was mentally shaken but physically she was still fine. Naturally, one would be worried or scared after knowing what the stages of this sickness are and how it could eventually cause difficulties, such as swallowing and even talking or expressing herself. At this point, when one is physically disabled, he/she would need a caregiver to assist in their daily living.

The couple was very thankful that I helped them in the process of checking the claims status. I could sense their gratitude, expressed in simple terms of gifting me a box of CNY biscuits and angpao as it was during CNY period last year.

For critical illness, you should buy it when you don’t need it, so that when you need it, you will have it. When you are young, you should prepare whenever you can. When you take responsibility for yourself in your younger days, your dependents will be free from the financial responsibility of taking care of your medical bills. Otherwise, they might be the one shouldering the bills on top of supporting themselves.

1) When you buy it at your younger age, you pay lesser! And most likely you would have the good health to buy it. There is a cost of waiting –the older you are, the higher the premiums will be.

2) And the second cost is there is no guarantee of coverage. A health issue could strike any time leaving you not being eligible for coverage. Waiting just a few years to buy could result in not getting coverage at all. Don’t wait until your health changes because when that happens, the insurance companies might not want to take you on.

The wife of a good client of mine was diagnosed with Stage II cancer. The client’s family was quite big, with 4 daughters. Fortunately, they had a hospitalization plan that covered most of the medical fees and an early critical illness plan that provided a lump sum payout. While the wife of the client was a stay-at-home mother, they came to know of an experimental drug that was being used in a clinical trial. Experimental drugs are usually not covered by hospitalization plans.

The cost of the drugs for the entire duration of the treatment was between SGD$150-200,000. The family was willing to fork out the money as the lump sum from the early critical illness plan was able to defray some of the costs – they later found out that this drug was indeed covered by insurance, providing much relief to them and their finances. In this case, the early critical illness payout worked as a peace of mind to engage costly treatment.

One misconception that I’d like to address is that people think that critical illness plans are just for working adults. However, it is not meant to be an income replacement. After all, someone has to bear the costs of medical treatment and aftercare in the household. In the client’s family that I shared above, if the drugs were not covered by MOH, the cost of the treatment would have put a huge dent in their financial plans – retirement plans, investments, and even the education for the four daughters.

Fortunately, the wife is currently receiving treatment and is getting better day after day.

What are your thoughts and perspectives on critical illness insurance?

Over the years, I have observed that underwriters are quite strict. Even if the applicant is young and has not been diagnosed with any of the 37 critical illnesses, he has a chance of exclusion or extra loading (higher premiums) if there is any prior medical history. A few things that I’d like to share:

1) Terminal illness coverage refers to a conclusive diagnosis of an illness that is expected to result in death within 12 months
2) HIV infection is usually excluded, whereas occupationally derived HIV is covered in our hospital plans
3) Diabetes is NOT considered a critical illness, but diabetic complications are considered
4) Critical illness (CI) usually covers 37 conditions for later stages unless the policy is a specific early stage policy. Normally, early stage CI covers about 29 illnesses
5) There may be a maximum amount payable for CI on all policies e.g. $2.5M
6) Angioplasty & other invasive treatment for coronary artery do not pay out 100% of the sum assured (SA). Usually only 10% of SA
7) Waiting Period: CI coverage usually needs a waiting period of 90 days from the day of purchase BEFORE any claims can be made (which is why it’s one of the first core components of insurance that people usually get for themselves and loved ones)
8) Survival Period: A claimant must usually live beyond 7 days, which is also the survival period, for a CI policy to pay out (regardless of early or major stage CI coverage)

The misconceptions that the public generally have is that critical illness plans are seen as income replacements, which should not be the case. Instead, they advise us to view the plan as a form of illness aftercare, when we need the resources to recover.

Jennifer advocated to start buying a critical illness plan early because firstly it’s cheaper and secondly there’s no telling when the consumer may not be eligible for it. Furthermore, critical illness plans can be seen as a way to reduce financial burden of recovery. Roshan’s story about his client’s wife agrees with that sentiment and he said that there’s always going to be someone in the household to bear the costs of treatment. Winifred shares important facts that one needs to consider when purchasing critical illness insurance, e.g., possibility of exclusion due to family history, survival period, waiting period, etc.

If you’ve more questions on insurance, head on to our main site and ask our curated pool of financial advisers! Alternatively, if you’d like to connect with either Jennifer from Manulife, Roshan from AIA, and Winifred from Great Eastern, just click on the link in their names and you can ask them questions directly from their profile pages.

fundMyLife is a platform that aims to empower Singaporeans to make financial decisions confidently. We also connect you to the right financial planners in a private and anonymous manner, based on your financial planning questions.

Follow us on our fundMyLife Facebook page to get exciting updates and your dose of finance knowledge! Alternatively, the Insurance Discussion SG Facebook group is a good place to discuss insurance-related topics with fellow Singaporeans.

Is An Integrated Shield Plan All You Need?
What To Do If You Think Your Endowment Plan Is A Mistake