7 Inspiring TV Shows and Films Every Entrepreneur Needs to Watch

While it may seem counter-intuitive, there’s a lot for an entrepreneur to learn from Hollywood’s or a fictional version of the business world.

From teeth-gritting perseverance to overcoming adversity to outwitting your competitors, the following 7 TV shows and films provide some interesting entrepreneurship insights and lessons in an inspiring and entertaining way.

Read Also: 10 Websites Singapore Entrepreneurs Should Be Reading In 2020

“Either you confront a problem head on, or let it go. But don’t keep giving it power over you by staying in the dark”

Beyond exploring human behaviour, power plays and business concepts, the show wades into the grey area with its dash of anti-hero sentiments. Together with its insightful quotes on investments, startups and leadership, Billions is entertainingly inspirational. The show’s fifth season is set to premiere in May 2020.

Starring Christian Bale as Michael Burry, The Big Short is a movie adaptation of Michael Lewis’ book that spans across three individuals and their stories during the financial housing crisis from 2007-2008.

In addition to its ability to explain complex financial concepts, the film also highlights the impact of risk-taking through Burry’s success despite the shakey investment environment.

A lighter take on the world of management consultants, House of Lies is a TV series that stars Don Cheadle and Kristen Bell, consultants who will do anything to make a buck off business owners.

While the show does not accurately represent the world of consultancy, it shows how sometimes, outsourcing your tasks may not be the best solution. House of Lies gives an interesting insight into how things work on the other side (with you being the client) and how you can sidestep certain issues.

Jiro Dreams of Sushi tells the compelling tale of Jiro One, the owner of a 10-seater sushi restaurant in Tokyo. Did we also mention that the 55-year-old restaurant is awarded three Michelin stars?

Not only does the inspiring documentary show how Jiro became one of the world’s most known sushi chef through hard work and passion, but it also shows the challenges behind businesses handovers through documenting the slight tension between Jiro and his eldest son, who finds it hard to live up to his father’s legacy.

Ultimately, the film is a testament to how dedication, discipline and hard work will pay off.

Documenting fast-food chain McDonald’s rise to fame, The Founder follows the story of Ray Kroc, a milkshake machine salesman who saw the potential in the business of the McDonald’s brothers before maximising it.

“If you work just for money, you’ll never make it. But if you love what you’re doing, success will be yours.”

While the brothers were eventually put out of their own business, the movie shows the importance of the ability to recognise potential, ambition and to an extent, ruthlessness. These are important traits of entrepreneurs, and The Founder fleshes these characteristics out through the film in an inspirational and entertaining manner.

Witty, smart and successful, lawyer Harvey Specter is the epitome of success. The TV show is set in a fictional law firm based in New York City, where Suits tells the tale of a talented college dropout who eventually rose to become a law associate, despite never having attended law school.

“If you’re backed up against the wall, break it down.”

Entrepreneurship can be a daunting journey, and Suits shows how you can get things done with confidence and belief.

A straightforward documentary, Steve Jobs: The Lost Interview details an unedited conversation with the Apple co-founder. What is truly inspiring about the film is Jobs’ capability of blending anecdotes and philosophy while talking about running a successful business. It may not be the most polished of movies, but the documentary captures Steve Jobs’ succinctness on what he thinks are important aspects to his business – product quality and content.

Particularly handy for entrepreneurs in the technology sector, Steve Jobs: The Lost Interview not only dishes out relevant business tips but also makes for an entertaining watch.

The next time you’re in need of an inspirational perk me up, don’t be afraid to kick back and enjoy these shows and movies for a mind boost! 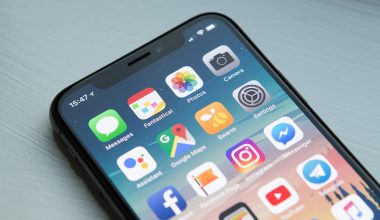 Read More
COVID-19 or not, these tools can help your team work more productively from home.
TTools 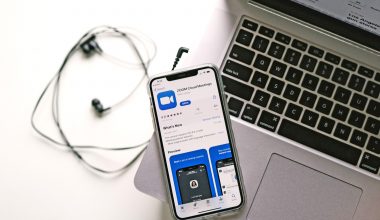 Read More
You may be surprised at what some free versions of these apps can do.
TTools 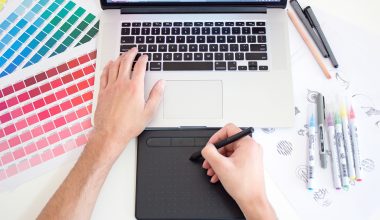 Read More
Pictures and infographics are much more appealing to the eyes than walls of text. Use these free design software to get started with visual content.