5 Ways The Implosion Of 1MDB Could Affect Singapore

Could 1MDB affect us in Singapore? 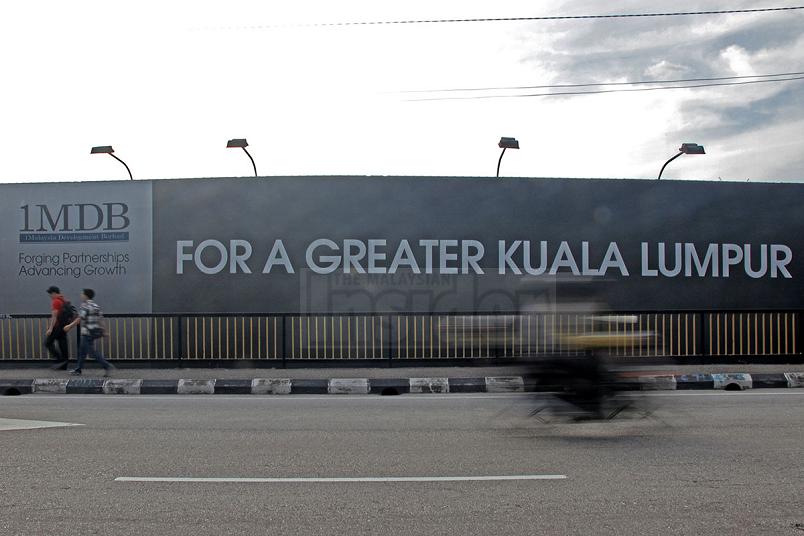 The keyword 1MDB was searched 8,000 times in Singapore for the whole of last year, compared to 60,000 times within the 1st half of this year. News of 1MDB has been constantly shared on social media and mainstream news outlets over the past weeks.

In case you are the proverbial frog in a well, and have missed out on the 1MDB saga, here’s the long and short of it. 1MDB (1Malaysia Development Berhad) is a strategic development company wholly owned by the Government of Malaysia and chaired by the Malaysian Prime Minister Mr Najib Razak. Overpriced deals, poor transparency, extravagant living, a massive RM 42 billion debt, and now, allegations of misappropriation of funds (USD 700 million) are some of the keywords being associated with 1MDB.

Given its close link as a government entity and the fact that the people at the helm of it are in significant political leadership, the findings from the (current) probe into 1MDB can have adverse impact on the political and economical fronts of Malaysia.

How will all this affect us in Singapore? Here are 5 possible ways that we can think of.

Since 2007, the Ringgit has depreciated over 21% against the Singapore Dollar. Though there are many other factors for that, the fallout from an insolvent 1MDB will only further exacerbate the depreciation of the ringgit, which has already been on a clear downtrend for the past eight years.

For investors in Malaysia, this will be a double whammy. Not only will their investments which had been transacted in Ringgit see paper losses, but so will their returns that are Ringgit based.

For the casual weekend holiday-er from Singapore, a weaken Ringgit will translate into more purchasing power for our Singapore Dollar. 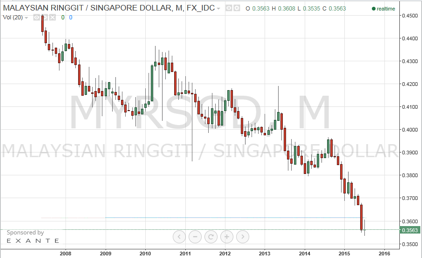 The allure of buying a big landed house in Malaysia for the same price of a 3-room flat in Singapore has been a dream for some Singaporeans. This dream was further fuelled (with sales pitches) of potential huge investment returns through the Iskandar project.

And many Singaporeans obliged; with Malaysia being the number one overseas buying destination for Singapore-based property investors in 2013. Nine years on from the start of the Iskandar project, the limit for foreign buyers of landed properties in Johor now stands at a cool RM1 million. This might even be raised to RM 2 million, if the Sultan of Johor had his way. According to him, this is to curb price competition by foreigners with local buyers.

The (bad) news doesn’t end there for Singapore-based investors who have committed to the Iskandar project. In May 2015, minister Lawrence Wong made a startling warning of oversupply in Iskandar and the potential decline in home values.

Should 1MDB implode and be made insolvent, there might be political instability and with that, investor-unfriendly policies may be introduced. This might include higher seller stamp duty and higher property tax. This will no doubt be the worst case scenario that a jubilant investor in 2013, would not have had considered.

From April 2015, a 6% GST was implemented, replacing the old sales and service tax. A hugely unpopular measure amongst the electorate, this has been cited as a good example of the ever increasing cost of living which the Malaysian government has failed to moderate.

Should the government be held responsible of the debts owed by 1MDB, raising the GST will be a logical move for the government to undertake. For Singaporeans, the “price gained” through the devaluation of the Ringgit against the Singapore Dollar, might see an offset by a higher GST rate.

With the bulging debt from 1MDB, Malaysia might once again look to their go-to move of raising both the toll and VEP charges to add to its coffers. Singapore-based motorists might want to either reduce their travelling frequencies to Malaysia or opt for public transport.

Singapore had announced that the current site of Jurong Country Club will be the local terminus site with the corresponding Malaysian terminus at Bandar Malaysia. Bandar Malaysia, a 495-acre township project that was earmarked to be the yardstick for sustainable urban housing in Malaysia, is among one of three main businesses of 1MDB.

Should 1MDB continue to face difficulties in repaying its alleged RM 42 billion debt and the related interest charges, there might be a case for it to sell its sole ownership stake in Bandar Malaysia. This might affect its decision to proceed with current plans. Financing will also be a factor high on Malaysia’s concern, with the project estimated to cost around SGD $15 billion over a 5 year period.