In an economic recession, jobs naturally become a controversial topic. As companies fight to survive the downturn, cost-cutting measures may include retrenchments and/or pay cuts – which itself may be a difficult decision to choose between.

In fact, according to the Ministry of Manpower (MOM), Citizen unemployment rate stood at 4.3% as at July 2020, with 11,350 people retrenched in 1H2020, and an overwhelming 81,720 employees place on short work-week or temporary layoffs.

Older And Younger Workers Both Impacted

Instinctively, many expect older workers to be most affected – for a combination of reasons, including earning a higher paycheque, being less energetic or hungry, having less up-to-date skills, introducing tech to replace lagging departments entrenched in their old ways and more.

While this is all true, it isn’t just older workers that are impacted – younger workers can be equally affected. In MOM’s 1H2020 Labour Market Report, it was reported that those below the age of 30 had an unemployment rate of 7.3%, up about 2.3  percentage points since June 2018. In contrast, those 60 & Over experienced an increased unemployment rate of 1.4 percentage points since June 2018.

Looking elsewhere, younger employees can also see pockets of vulnerability to staying in their jobs – similar to older groups of workers.

Firstly, fresh graduates are a group of particularly at risk of being left behind. They have no job experience and even less leverage to land a job now, with many more experienced candidates willing to accept a lower salary after getting retrenched.

Younger employees already in jobs can also be affected.

SIA recently announced that all of SIA’s trainee pilots will be let go, some after completing their training. They are likely to be younger and inexperienced pilots, rather than more experienced pilots, who themselves have had to take a steep pay cut.

Sectors that are seen as “younger” have not been entirely spared by COVID-19. GoBear, a FinTech firm, has cut 11% of its staff in its regional offices, which includes Singapore.

Many other examples exist.

In recent weeks, it is also unsurprising that jobs-related announcement dominated the news. Near the start of the month, changes to the Employment Pass and S Pass raised the qualifying wage criteria for the work permits. Typically, more experienced (and older) foreign employees may be earning the higher wages. Thus, younger foreign employees on these work permits may be more affected by the announcement.

Existing schemes such as the Professional Conversion Programme (PCP) has also been enhanced to provide greater salary support and course fee subsidy for older Singaporean workers.

Younger employees have more time and likely more relevant skills to catch up in the workforce, compared to older employees. Thus, they are in a position to help themselves overcome setbacks.

Read More
Hiring during a pandemic comes with its own pros and cons.
DDollars & Cents 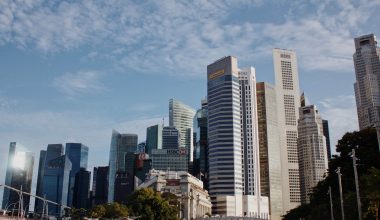 Read More
Surviving the short-term can mean nothing if businesses do not stay relevant and plan for growth.
BBusiness Roundup 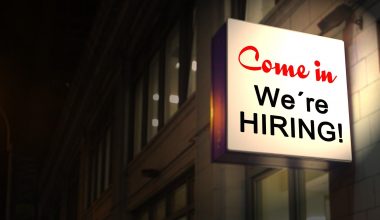