Many businesses have faced challenges in one form or another since COVID-19 arrived on our shores early last year. According to statistics from MOM, citizen unemployment in 2020 rose to its highest rate in the last decade – at 4.5%.

One of the ongoing efforts to bolster the jobs market is the Jobs Growth Incentive (JGI), which was introduced in August 2020 and also extended till end-September during the Budget 2021 announcement.

What Is The Job Growth Incentive (JGI)?

The Job Growth Incentive (JGI) encourages employers to increase their local workforce by providing them with salary support for locals hired between September 2020 to February 2021.

According to the Jobs Situation Report (20th Edition), 130,000 locals were hired under the JGI between September and November 2020. About half of them were not employed at the point of hire and over a quarter had been out of work for more than 6 months.

What Qualities Should An Employer Lookout For When Hiring?

In the previous Jobs Situation Report (19th Edition), the MOM recommended 3 recruitment strategies to help employers overcome their hiring challenges. Besides relooking at hiring strategies, employers should also have a keen eye for traits of a potential new hires in today’s challenging jobs market.

Obviously, with the various government support the jobs market is tightening today, especially as Singapore recovers from the pandemic. In addition, employers also need to be aware that many employees who are still out of a job may lack in-demand skills.

With that said, here are 3 traits employers should look out for when shortlisting candidates in the jobs market today.

The Jobs Situation Report (18th Edition) found that jobseekers struggled with emotional barriers, especially so for those who were unemployed for a longer period of time. It was also found that some jobseekers were too focused on returning to the previous role they were let go from – which may no longer be available or viable.

Employers should keep a lookout for jobseekers who are willing to explore opportunities outside of their industries. This could be a tell-tale sign that they are positive, resilient and are unafraid to step out of their comfort zones. These employees may lack the current skillsets but they make up for it in their mindset and adaptability – which is, arguably, harder to teach.

To help employers defray the costs of reskilling new hires with skill gaps, Workforce Singapore’s (WSG) Professional Conversion Programme (PCP) provide substantial wage and training support of up to 90%. The JGI salary support stack on top of these subsidies.

According to MOM, 6 in 10 of new hires under the JGI were previously in a different sector.

Read Also: Here’s How Singapore Companies Can Tap On The Professional Conversion Programme (PCP) To Reskill Your Employees

#2 The candidate thinks about their long-term

While offering higher wages might make some employers more attractive than others, it is also important that your potential new hire looks beyond the pay offered.

Employees that look beyond remuneration are thinking about the longer term, while still trying to put food on the table back home. Such employees are more concerned with their own development and upgrading after being let go from roles that are increasingly irrelevant. They are also thinking about the future in terms of advancement opportunities once they prove themselves as well as career fulfilment.

As an employer, you want employees who are thinking about the future. At the same time, employers should also be realistic enough to offer fair and competitive wages.

While employers are being encouraged to hire mature workers (those aged 40 and above), jobseekers themselves have to be open to unlearning and learning. Typically, older workers are seen as less adaptable and unwilling to learn new skills.

If mature candidates are open to upgrading or reskilling courses, it is often a good sign that the jobseeker can adapt quickly to a fast-changing environment. At the same time, mature workers often have a wealth of experience and transferrable skills which can be utilised in the job role as well as be passed on to younger employees.

What If Employers Require More Support?

Apart from the JGI, employers can also receive more support by tapping on other government schemes such as the Professional Conversion Programmes (PCPs) to reskill their new hire.

Read Also: Guide For Companies Applying For Both The PCP And JGI – And How Much In Government Payouts You’ll Receive 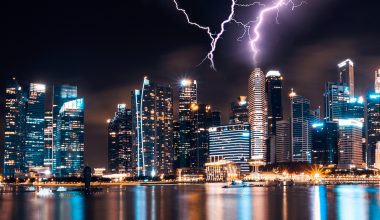