Having been elected as New Zealand’s Prime Minister at the age of 37, Jacinda Ardern is the world’s youngest female to become the head of government. However, what sets Ardern apart from her political counterparts is her strong leadership.

Since her time in office, Ardern has united New Zealand in times of crisis – ranging from the Christchurch mass shootings to the current pandemic. From taking decisive stances to leading with empathy, here are 4 powerful leadership lessons business owners can learn from Jacinda Ardern.

By taking decisive actions, Ardern has exemplified strong leadership amidst times of crisis.

In 2019, 51 individuals lost their lives during the mass shootings in Christchurch. A few days later, Ardern announced an immediate ban on all military-style semi-automatic weapons and assault rifles. This was followed by the passing of the gun reform bill several weeks after.

On March 15 2020, Ardern announced a 2-week isolation for travellers entering New Zealand. On March 19, all foreigners were banned from entering the country. Four days later, despite its low number of confirmed cases (28), the country imposed a strict lockdown. Despite having the country’s 24-day run of having no new COVID-19 cases broken recently, Ardern remained firm and appointed the military to oversee all quarantine while managing the related facilities.

As business leaders, it’s important to remain steadfast while taking decisive actions – especially during times of uncertainty. Staying focused on the objective also allows you to steer the company towards achieving the intended outcome in uniformity.

Following the mass shootings in Christchurch, Ardern, instead of promoting divisiveness or vengeance, called for inclusivity. Under her leadership, all political party leaders stood as one as they grieved alongside the country’s Islamic leaders. In this instance, Arden has shown not only shown compassion, but also the importance of uniting against terrorism.

During the recent lockdown, Arden has constantly reached out to New Zealanders through social media channels while sharing snippets of her personal life, once saying to excuse her casual attire as “it can be a messy business putting toddlers to bed”.  More importantly, Ardern has managed to highlight the seriousness of the pandemic while resonating with her people. To recognise the impact of the pandemic, Ardern, along with ministers in her cabinet and public service chief executives, would take a 20% pay cut over 6 months.

Similarly, organisation leaders should actively reach out to employees and understand their challenges. Make your team feel heard and keep an open mind while working towards potential solutions.

#3 Communicate With Consistency And Clarity

From responding to a crisis to formulating policies, Ardern’s messages have proven to be clear and consistent.

In communicating the requirements of New Zealanders amidst the crisis, the government’s messaging of prioritising health has been consistent. Frequent communication such as press conferences is directed at the population, increasing clarity and compliance of the population.

By choosing competency over charisma, Ardern has managed to put across the government’s messages in a clear yet encouraging manner. She justified the lockdown with practical examples such as how as a parent, she too understood the challenge of avoiding playgrounds and emphasised the need for safe-distancing as the virus is capable of living on surfaces for 72 hours.

Not only will staying true to the company’s mission and vision improve uniformity, but working towards a clear, common goal will also increase efficiency amongst employees. At the same time, sending out clear and consistent messages helps to set expectations and to steer your employees in the right direction.

Unlike most political leaders, Ardern has taken the initiative to address children amidst the pandemic.

During a press briefing, the Prime Minister assured some of the youngest citizens that “both the Tooth Fairy and the Easter Bunny to be essential workers.”

In seeking the understanding of young Kiwis, Ardern took the opportunity to educate them on the situation, stating that “If the Easter Bunny doesn’t make it to your household, we have to understand that it’s a bit difficult at the moment for the bunny to get everywhere.”

Following this, Ardern introduced a stay-home Easter activity to celebrate the holiday. Beyond the heartwarming aspect of her initiative, Ardern’s step to consider the perspective of all citizens is note-worthy.

While they may not hold voting power, addressing the children’s concerns during the pandemic can help the government get a better understanding of the situation.

Similarly, it’s important to consider everyone’s perspectives at work. Keep an open mind and avoid limiting yourself to the opinions of a selected few, to gain a more holistic view of the circumstance.

Being An Inspiring Leader In The Post-Pandemic World

Not only is Jacinda Ardern’s strong leadership one to look up to, but the lessons are also applicable to the workplace. During times of uncertainty, he (or she) who remains steadfast, decisive and true to their core values will succeed.

Digital Dashboard For Your Business 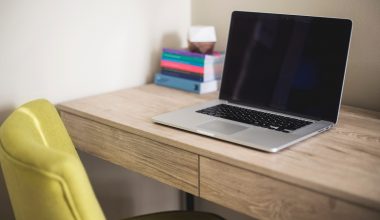 Read More
Learn to run your business from the best in the business.
EEntrepreneurs 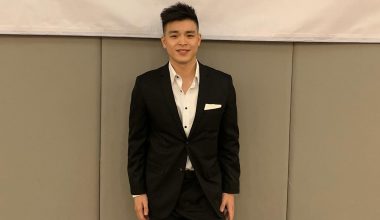